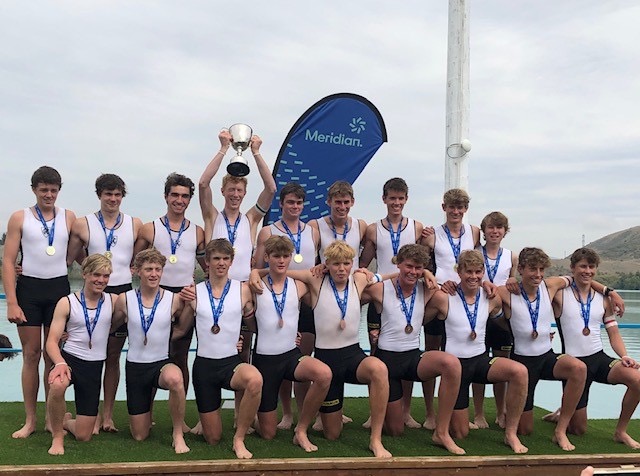 The event, held on Lake Ruataniwha near Twizel, is usually a prelude to the national Maadi Cup, but is likely to be the pinnacle of the season after all secondary school sports events were cancelled this week to prevent the spread of Covid-19.

Christ's had a strong regatta in the eights, also claiming the under-17 title and the under-15 octuple sculls title.

Christchurch Girls' High school won three gold, two silver and two bronze medals. The school won the under-17 eight final which is a positive sign for next year,

Marian College earned a silver medal in the under-18 coxed quad.

Rangi won and finished second in the under-18 novice eight final, with the two crews split by less than two seconds.

St Thomas of Canterbury College brought home a gold and silver medal. Their gold was won in the under-18 novice double by Angus Lucas and Johnny McArdle.

Avonside Girls' High School took out bronze in the under-16 coxed quad finals.

Burnside High School made six A finals with a best finish of fourth.