GIB shortage: call for Govt, industry to work together 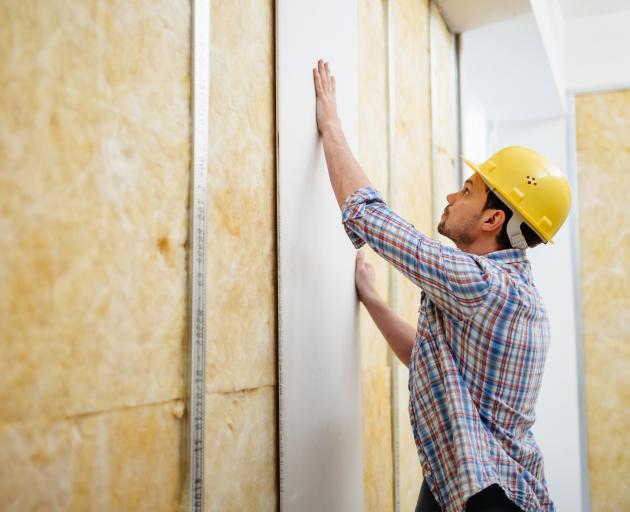 Photo: Getty Images
As the GIB shortage continues to place a stranglehold on the construction sector, some key players hope a new solution can be found.

The Building Industry Federation met with the Ministry of Business, Innovation and Employment (MBIE) yesterday to argue that builders should be allowed to swap GIB boards out for other brands of plasterboard without having to apply for whole new building consents.

There were four key takeaways from the meeting, Ley said. They included the need for a plan for a more streamlined approval process, regulatory changes and education for builders.

"If we can find a way between government and industry to get a speeder approval process of those other products, I think we'll see an end to this within a few months."

Education for builders was important, he said.

"As long as we can help people understand that plasterboard is a generic building material and as long as it meets our building code, and it meets all those performance characteristics then they can use it."

Fletcher Building had trademarked four colours of plasterboard, with another colour pending, meaning it had the exclusive rights to make and sell the product in blue, mauve, pink and green.

Leys said as long as people found a plasterboard product that performed in the same conditions, it shouldn't matter what colour it was.

MBIE general manager of building system performance John Sneyd said the ministry had notified councils of five alternative plasterboard products that could be substituted for GIB.

Sneyd told Morning Report he hadn't spoken to suppliers about whether trademarked products caused a barrier to finding alternatives.

"What I would encourage people to do is if there is a concern that these trademarks are preventing supplies of other products, [I am] really keen to have a conversation with people affected by that to understand the problem."

MBIE was focused on working with the sector to move things along, he said.

"The building regulatory system is product neutral which means any building product that meets the performance standards of the building codes can be used in building.

"From our point of view, what we're really focused on doing is working closely with the sector to make sure people understand how they can use the regulatory system effectively, identifying other products that can be used ... it's really about getting people to work within that system so it's most effective and efficient."

Housing developer Shane Brealey, of Simplicity Living, believed the trademarks were a blocking move, given the universal standard for plasterboard used in bathrooms was green.

He said his importer was warned about the green trademark on plasterboard by MBIE.

Intellectual Property Office general manager Rob Garrett said it was up to the company to enforce those rights should they it believe there was an infringement.