Another delay in construction of $35.7m Hornby centre

The steel piles needed to start building the multi-million dollar Hornby centre are not expected to arrive until November. Photo: Geoff Sloan
The construction of Hornby’s new $35.7 million centre has been delayed for the second time in less than a month.

The build is dependent on the arrival of 147 steel piles that were initially expected to be at the Kyle Park site by September, then October.

The piles, which will weigh 418 tonne, are now expected to arrive in November, said Nigel Cox, city council head of recreation, sports and events.

“It appears there were global shipping issues before the pandemic, which the pandemic has exacerbated,” Cox said.

The current shipping schedule showed the ship would arrive at Timaru Port from November 5 to 8.

It will take a week for the steel to arrive in Hornby after leaving Timaru, he said.

Currently the piles are in Noumea.

However, the use of the centre, which will contain a pool and library, has been on residents’ minds.

Submissions on the facilities and activities the community would like to see at the new centre closed on Friday.

A total of 173 submissions had been received  but that was likely to increase, Cox said.

“We are aware of additional completed copies coming in through the library team, and anticipate some responses in the post.” 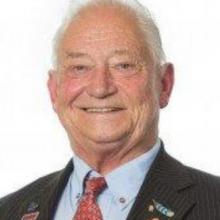 Mike Mora.
An analysis of the responses would be presented to the Hornby-Halswell-Riccarton Community Board later this month.

Board chairman Mike Mora said he appreciated the community demand for activities in the new centre.

“It’s just a matter of what is a priority for the space.

“There will be a demand for a lot of use and we’ve got to meet that with the spaces available.”

The delays were frustrating but were being experienced throughout the world, Mora said.