The group, originally called Crack’d for Christchurch, was formed after they advertised asking for people to donate their broken china. 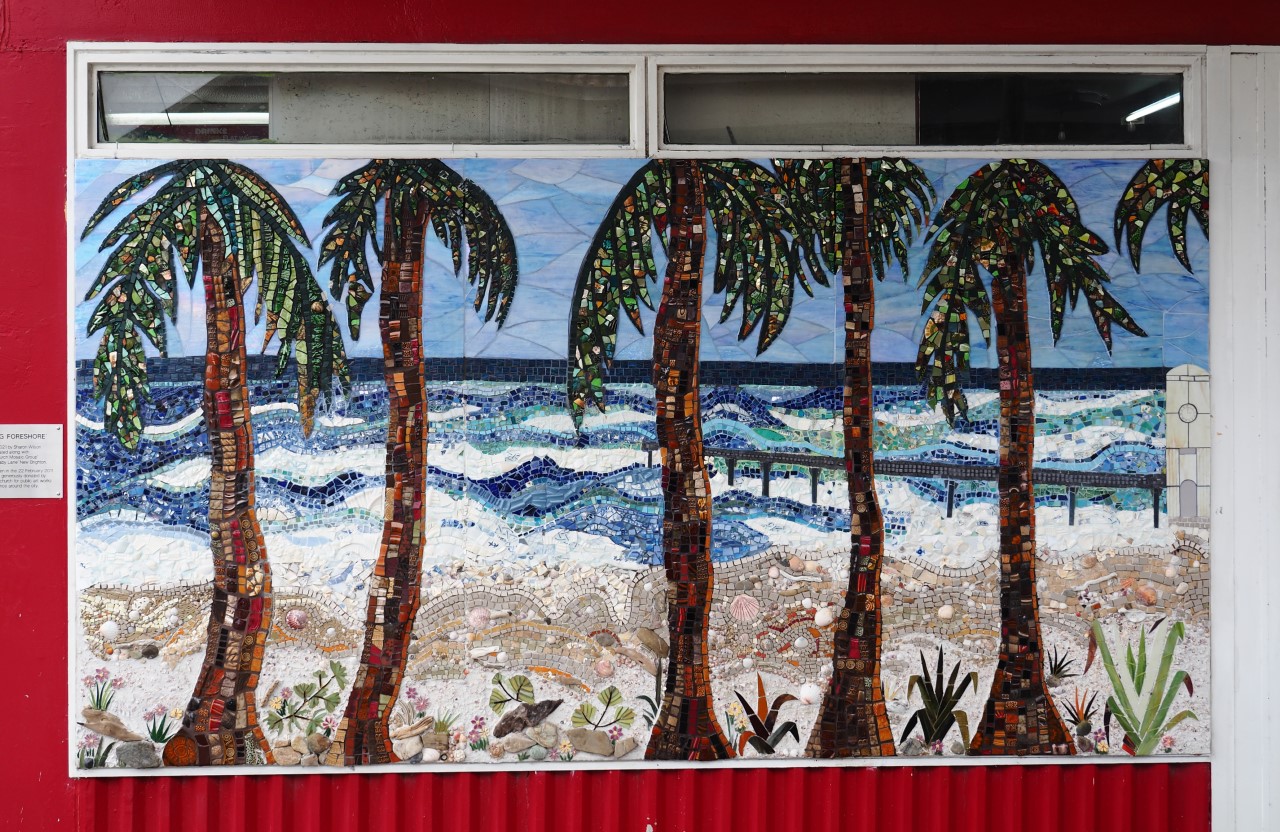 The seascape mosaic took the group 10 months to put together. Photo: Henare Family
The idea was to make a memorial for the earthquakes, but the group kept receiving donations and have since made three mosaics in the city.

The latest is a seascape in Carnaby Lane in New Brighton, which took them 10 months to finish.

The group is now called the Christchurch Mosaic Art Group.

Member Sharon Wilson said it was all about turning something broken into something beautiful again.

“We’re trying to give things that would go to the tip new life,” she said.

“It’s giving something that’s donated by the people back to people to enjoy.” 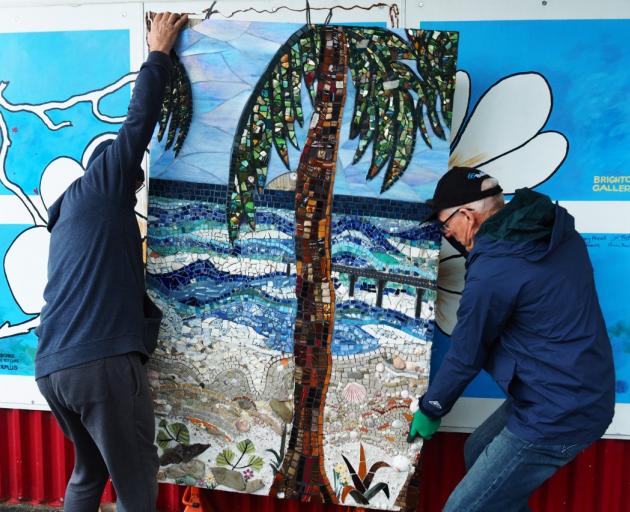 The mosaic was installed on a wall in Carnaby Lane for members of the community to enjoy. Photo: Henare Family
The group has created a chair and ottoman that sit in the botanical gardens and a surfboard that they gifted to the New Brighton Library.

They meet every six months to clean and put sealer on the chair, which they spent 18 months making, to protect it from the elements.

Wilson said when they first began receiving the china it had notes written on the pieces, revealing family members who had passed down the china to the current owner.

Wilson said they were donated so much china the seascape piece was made from the leftovers they had stored in different members’ houses.

“Sometimes someone will move house so it will go to someone else’s,” she said.

“It moves around a bit.”

Wilson also said the mosaics were “for the sake of beautifying places that aren’t necessarily very beautiful”. 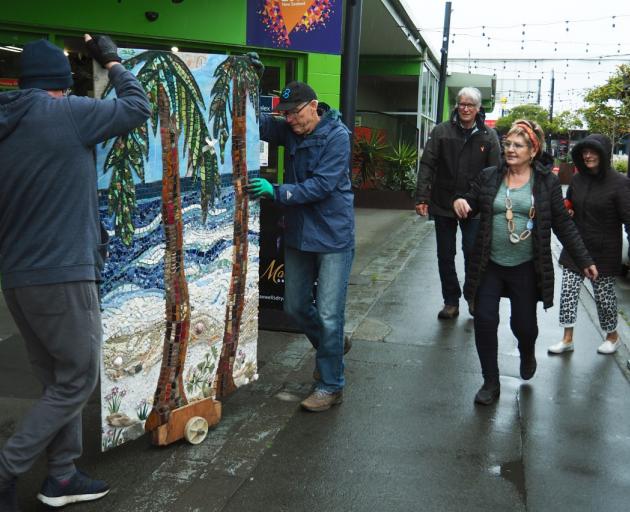 The mosaic was transferred in sections to be put up on the wall in Carnaby Lane. Photo: Henare Family 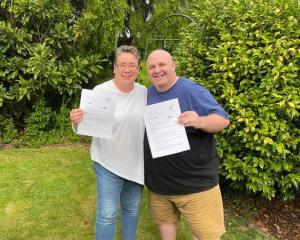