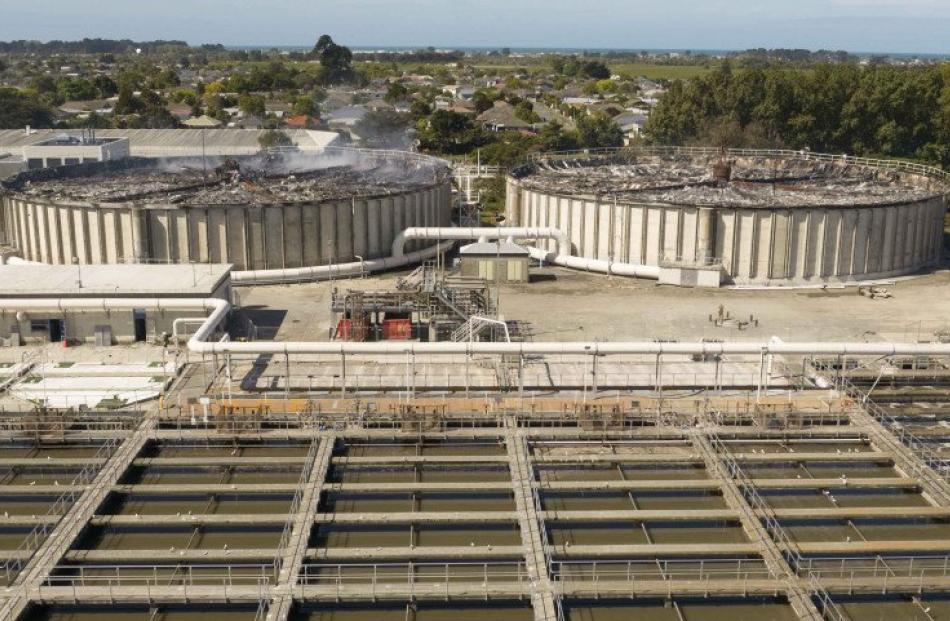 Photo: Newsline
Residents on Christchurch's east side can have their laundry done for free, thanks to the Student Volunteer Army.

Many residents near Christchurch City Council's damaged wastewater plant in Bromley have been unable to dry their washing outside for months, due to the pungent stench.

SVA chief executive Sam Johnson said they wanted to do something to show people did care about the affected residents.

"A lot of people are quite empathetic and sympathetic to the situation - it's pretty uncomfortable and unbearable for many - so lots of volunteers and companies were thinking: 'Well what's something we can do to help?'"

"We decided to focus on helping people, particularly solo parents, people with a disability or those on low incomes, by drying their washing.

"If you can't hang it outside, [washing] is a particularly bad problem. It just makes people feel pretty awful if you're having to live in damp houses with smelly clothes, so it's a small contribution we can make."

Scrubbing the outside of people's houses was also considered, but was not able to go ahead due to insurance and health and safety concerns, he said.

Affected residents can ring up or book online and arrange for their wet washing to be picked up by volunteers.

It is then taken to Airpark Canterbury where it is dried and folded, before volunteers drop it back off.

Johnson said the project's aim was to help those who needed it most.

"We're particularly focused on people for who going to a laundromat is a difficult task, and it can be quite cost prohibitive too to dry a lot of laundry at the laundromat."

There had already been a lot of interest from volunteers and Hyundai have even given a car to be used for the collections and drop-offs, he added.

Testing
Levels of hydrogen sulphide emitted from Christchurch's wastewater plant are significant enough to cause physiological responses, a second round of air quality testing has found.

Residents nearby said the stench has given them headaches, itchy eyes, sore throats and nausea for months.

The report from XR Pharmaceuticals, the company analysing the samples for Christchurch City Council, stated: "Some of the hydrogen sulphide concentrations that have been measured in the ambient air close to the Christchurch Wastewater Treatment Plant (CWTP) are of the same order of magnitude ... for potentially causing headaches, nausea, and physiological responses to odour (which is 0.059 ppm)."

The testing was carried out on Wednesday last week across 11 sites, including Bromley School and the Memorial Park Cemetery, during north easterly winds.

Weekly testing is expected to continue for the next month.

Council support
Councillors will also be briefed on a community support package for affected residents this Thursday, with staff recommending up to $1 million in compensation be put aside.

The proposal states "a small financial contribution" should be made available to 3018 households between Buckleys Road, Pages Road, State Highway 74, and Linwood Avenue in the worst affected Bromley suburb.

It said the funds would help with expenses "incurred due to the stench, such as laundry services, doctor appointments, vet appointments, heat pump cleaning, the purchase of appliances and firewood, and increased power use".

Residents are meeting at Bromley Community Hall tomorrow evening to discuss the proposal.

Staff said the payment would also be available for schools and early learning centres, and if approved on Thursday, payments would be able to begin from Monday next week.

Staff will also provide an update on work to repair the badly damaged waste water plant and reduce the pungent stench.

Work began to remove the decaying material in the destroyed trickling filters 10 days ago, with it promised to be finished by September.

But the temporary aeration system, which will also help reduce the smell, has been unable to start because specialist pumps from Sweden have not arrived.

The pumps are now hoped to be installed by the end of June - weeks later than scheduled.