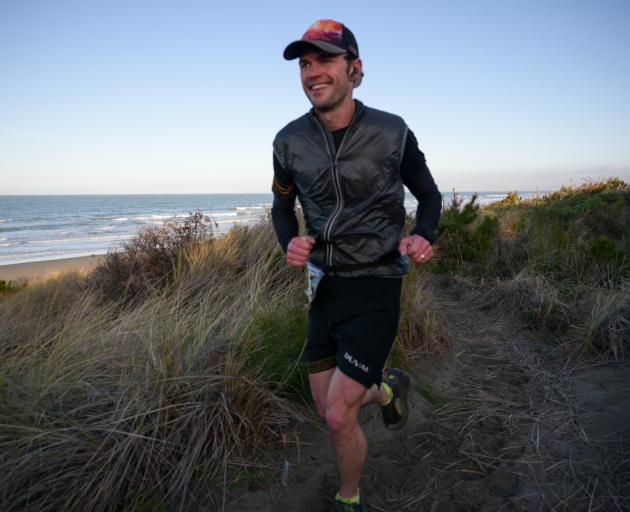 Sam Harvey on his ninth loop in the Krayzie Midwinter Backyard Ultra endurance test at Spencer Park.Photo: spiersbra/Instagram
Sam Harvey was running on adrenaline, undeterred by a weeping calloused wound on his big toe.

His two remaining closest challengers in Christchurch’s ground-breaking endurance test were running on empty, as darkness fell over Spencer Park.

It was no stroll on the beach for Harvey and 118 other competitors in the Krayzie Midwinter Backyard Ultra, the first time the ‘last man standing’ format had been staged in the city.

Harvey achieved that exalted status, 28 hours 41 minutes and 28 seconds after the field tackled their first 6.706km loop from 7.30am last Saturday. 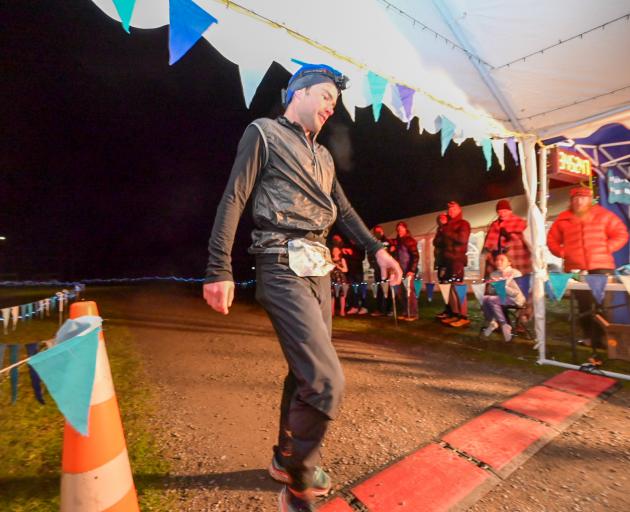 Sam Harvey at the end of the Krayzie Midwinter Backyard Ultra endurance test at Spencer Park. Photo: spiersbra/Instagram
Harvey had the relative luxury of coasting to the finish on Sunday night, in spite of needing running repairs deep into his 234.85km journey.

"When I was going through that little moment of softness, I think it was the 180km mark, a callus on my big toe came away.

"I had a chunk of flesh rubbing in my shoe.

"I thought: ‘This could be my race over’ but I came into the race base, ripped my shoe off, wrapped it up and got back out there.

"There was no pain. I thought: ‘You marvellous bastard, you’ve fixed it’ and I just kept on with the positive self-talk.

"I found my groove and it was my race from then as far as I’m concerned," he said.

While supreme fitness was obviously a prerequisite, Harvey was fortified - and hamstrung - by a 10th place finish in the Southern Sydney 24 Hour Ultra a month earlier, winning the mind games was also essential.

"I think if you endure a lifetime of suffering or mental hardships it prepares you very well for this,” he said.

"I battled with some demons in the night, especially on Sunday morning.

"Going into it with the rig already busted up and broken down (from Sydney) gave me a pretty good handicap.

“The voices in your head start saying: ‘You’re not good enough' or 'maybe it wouldn’t be so bad if you quit'. 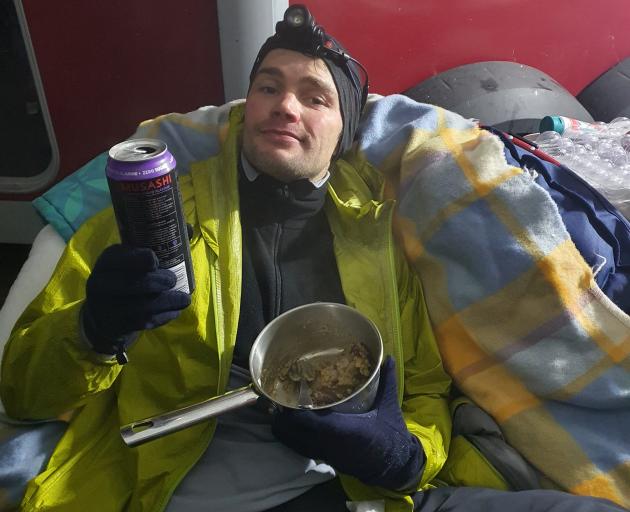 Sam Harvey taking in some fuel. Photo: spiersbra/Instagram
But giving up was never an option for Harvey, who managed to rehydrate at the end of each circuit after making sure to conserve enough energy as his rivals wilted.

"It’s better to just go slow, take it easy and not damage your body too much and have a short rest at the end of each lap."

Runners had an hour to complete each loop, giving Harvey a manageable target.

"Because this course was so much flatter. I buttoned back and did my casual 52-minute loops and let the bravado boys carry on doing their 45-minute loops, which ended up stinging them."

Harvey’s next assignment is the New Zealand leg of the Backyard Ultra world championships in October, where 15-strong teams from each country compete on their home track at the same time.

Although a team event, each country’s lead runner is rewarded with entry in the 2023 Backyard Ultra world championships in the United States. 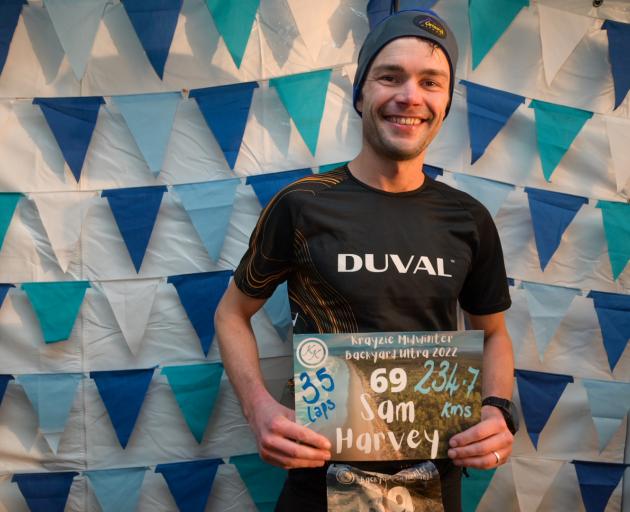 "I played rugby and I did boxing and triathlon. They require running and that’s the thing I’m actually best at so that was my focus," he said.

"All roads led back to running.”