As the Government yesterday ordered an urgent review in light of the latest community case - a woman who caught the virus while in MIQ, potentially through the ventilation system at Auckland's Pullman Hotel - one recent MIQ guest spoke of people just arriving to his Rotorua hotel mixing in a car park with people who were soon to leave.

The Herald has since received several similar accounts from returnees. One person said when his family spent two weeks at the Sudima Hotel in Christchurch late last year, passengers on four flights that arrived over that time were allowed to exercise outside together under what he considered little supervision from NZ Defence Force personnel.

"Kids from different flights were playing together regularly and sharing balls and Frisbees, adults were also picking up footballs that were kicked and passing back by hand to the kickers.

"We decided to stay in our room from day 12, as the yard was packed with people from all flights all day and the last flight arrived on our day 11 and we didn't want to take the risk.

"Some people weren't always wearing masks outside and people were definitely regularly getting closer than 2m whilst running and exercising.

"We also had times where nurses were doing nasal swabs in the corridors while multiple doors were open, and we were right across from other quarantiners.

"The Government is also saying they call everyone three days after leaving quarantine to check in on any new symptoms, and we never received a call or email." 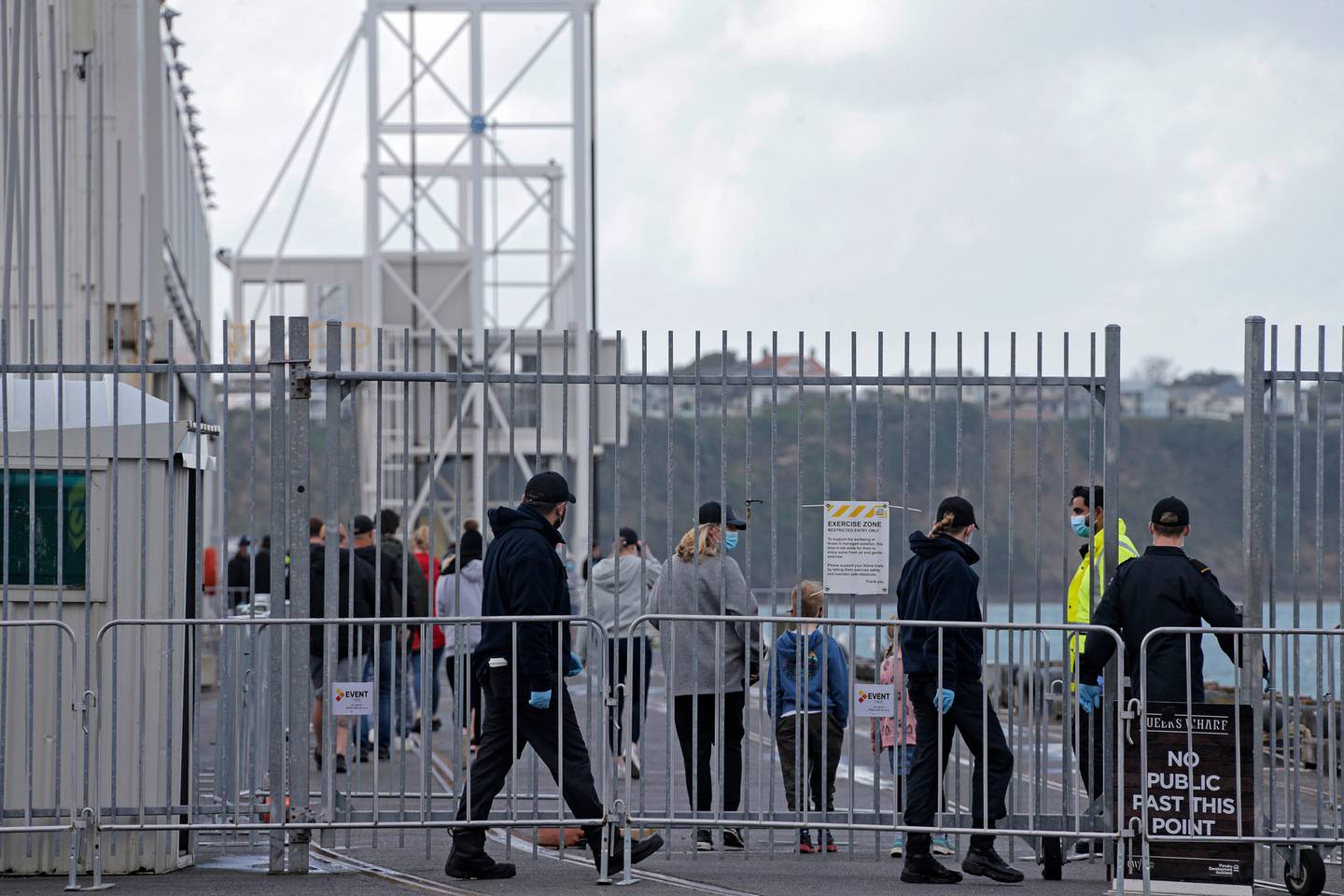 More than 100,000 people have passed through managed isolation and quarantine facilities since March 2020. Photo: Alex Burton
Another traveller, whose family stayed in MIQ last year, was surprised people at different stages of quarantine were allowed to travel on a bus together to exercise.

"While we thought the quarantine process was well done, you could see how someone could get infected due to the mixing of returnees," he said.

"I think we've just been lucky it hasn't happened earlier."

Yesterday, a Dubai-based businessman told the Herald that, while passengers in his MIQ hotel were ordered to lock down each time a new flight group arrived, there was no requirement to stay in his room while he waited for the results of his day 12 test.

"There was a chance to have been infected, but I made sure I kept my distance as much as possible."

The man also noticed soon-to-leave travellers were able to come near his "flight bubble" when it arrived - and there were no allocated times for each of the groups.

Covid-19 modeller Professor Shaun Hendy said any situation where departing travellers could come into contact with new arrivals should be avoided as much as possible.

"That's really quite risky. This isn't what we'd consider close contact, but it certainly wouldn't be best practice."

The Herald asked Managed Isolation and Quarantine whether it was still possible for guests arriving at different times to mix, what measures were taken to ensure it didn't, and if any recent improvements had been made.

A spokesperson said having returnees from different cohorts in the same building was managed by strict procedures, and protocols were in place to separate returnees from other bubbles, regardless of the stage of their entry.

"Returnees receive clear guidance on protecting their own and others' health and wellbeing during their stay in managed isolation facilities.

"This is communicated to them when they arrive in their facility and is reinforced in their Welcome Pack and throughout their stay."

Movement outside rooms and in exercise areas was allowed only in a "strictly controlled manner" and returnees had to comply with all health and safety requirements.

"This includes following infection prevention control processes such as physical distancing, wearing appropriate PPE, practising hand hygiene, and not interacting with other bubbles. People in the same bubble can interact with each other.

"If staff notice anybody breaching the requirements in place they are trained to remind the person about the rules and how to follow them."

Security at all managed isolation facilities was reviewed regularly and returnees were reminded regularly of their personal responsibilities around keeping themselves and those around them safe from Covid-19, they said.

"In addition, returnees in managed isolation undergo daily health checks by a healthcare professional to help detect any Covid symptoms early, and if necessary, quickly isolate them from others and provide them with the care they need."

The Government recently bolstered its MIQ measures by introducing testing on day 0/1, alongside the routine day 3 and 12 tests, for all travellers from destinations excluding Australia, Antarctica and some Pacific islands.

Returnees were required to remain in their room until those early test results were known, and any who tested positive, or were symptomatic on arrival, were transferred to quarantine facilities.

The spokesperson said safe and secure managed isolation for those returnees was "a cornerstone" of New Zealand's defence against Covid-19, and noted that more than 100,000 people had passed through MIQ since March last year.

Health Minister Chris Hipkins said while monthly audits are made on prevention measures, an urgent investigation was under way to look again in case further changes can be made.

"That will also include looking at whether returnee movement should be restricted towards the end of their stay in managed isolation after they have had their final test and before they have been released."

In the latest case, it appeared the infected woman had properly adhered to protocols, and CCTV footage from the hotel was being reviewed to look for any interaction between her and the person thought to have passed on the virus.

Experts have meanwhile called for a raft of other changes, such as implementing a five-day pre-flight hotel quarantine, with at least two tests, reducing the number of available MIQ spaces, and looking at whether the two-week MIQ period should be extended.

Earlier this month, the Herald reported bubble breaches in managed isolation and quarantine had been occurring on average at a rate of once every 36 hours.
While the breaches were considered minor, every one of them was also an avoidable risk of Covid-19 spread.

The most high profile breaches have included visiting cricket teams from the West Indies and Pakistan, who were caught hanging out in common areas and passing things to each other.

But no penalties have been handed down, in contrast with the more serious breach of escaping from MIQ.

That has happened 10 times and involved 14 people, 10 of whom have been charged with failing to comply with an order made under the Covid-19 Public Health Response Act.