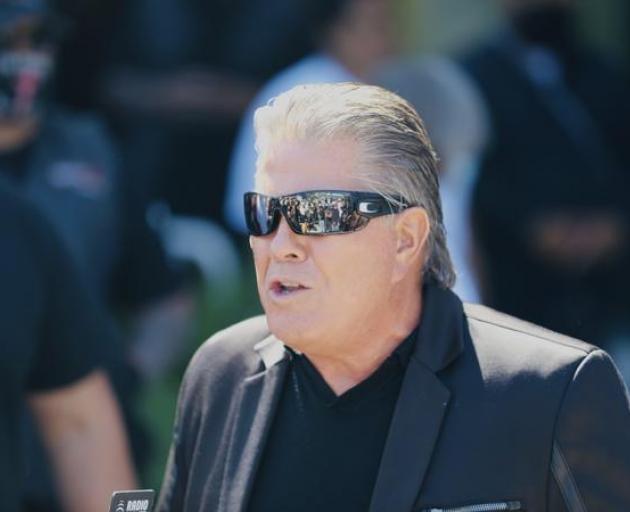 Brian Tamaki. Photo: RNZ / Marika Khabazi
Destiny Church has pledged to continue holding a Sunday service in Cranmer Square, in spite of moves to prevent the controversial religious organisation and an anti-Government off-shoot congregating in the green space.

Police and Christchurch City Council staff met on Tuesday to debate how to stop the church and the Freedom and Rights Coalition group – established by Destiny leader Brian Tamaki – using Cranmer Square following complaints by residents.

The city council billed the Freedom and Rights Coalition $14,117.47 earlier this week to cover costs associated with three protests in Cranmer Square and at other city locations during November and December.

Another bill will be lodged following last Saturday’s protest In Hagley Park and a march on Riccarton Rd.

The city council says it requires payment of the invoice by next Thursday, while the amount and the deadline for payment of the bill related to the Hagley Park and Riccarton Rd gathering is still being calculated.

Tait, who was unaware that any council bylaws had been breached, told The Star he had not sighted the original invoice.

“Apparently they’ve sent it, I don’t know, I haven’t looked,” he said.

Tait added another service was planned this weekend, revealing the outdoor area was utilised rather than the church premises on Fitzgerald Ave because “it’s a good opportunity to be out in the sun.”

Council infrastructure planning and regulatory services manager Jane Davis​ said the only events normally allowed at Cranmer Square were commemorative, such as Anzac Day. So these events contravened a bylaw.

Davis said residents were rightly concerned organisers of the protests and church services had been putting up temporary stages, portable toilets and operating food trucks without council permission. 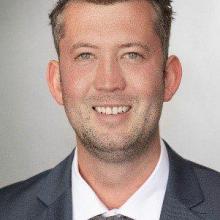 Jake McLellan. Photo: Supplied
Davis would not comment on what proposals were discussed with police. “We are pursuing all avenues to minimise, or preferably eliminate, the adverse impacts on Cranmer Square residents.’’

"Like all green space it’s there to be enjoyed by the community, it’s not the exclusive use on a Saturday and a Sunday of one group for religious services.

"They can get a building if they want to do that.”

"[Those gathering in the square] need to respect the resident's rights as well," she said.

"The continual use of the square in that way and for church services is breaching various bylaws and has caused noise breaches."

Lomax explained the event from a local's perspective.

"It's been really disruptive for the residents because they pull up a truck onto the grass; there's a PA system that's really loud so people sitting in their home enjoying their morning cup of tea have to listen to things [they might not want to hear]."

Charles Drace lives 300m from the square and said he can almost make out the words to the speeches from his house.

"You have to give them credit, they are impressive, especially as sometimes these can last for three hours," he said.

McLellan said he has been overwhelmed by messages from local residents concerned about the gatherings on their doorstep.

"To steal a quote from Brian Tamaki 'enough is enough', and the residents have certainly had enough of what has now been months of their peace and enjoyment being ruined."

McLellan, Lomax and fellow community board member for the Central Ward Sunita Gautam decided to co-write a letter to Tamaki.

Lomax explained they did it to encourage Tamaki to come and have a sit down with the local community to resolve the issue.

"As the church leader, I thought he could provide leadership to try to help work out a solution that is good for the protesters but also not in the middle of a residential area," she said.

McLellan said there are other places the church can worship.

"There are lots of venues that [Destiny Church] could worship - and absolutely they should be able to worship."

"But if church members are choosing not to ... get vaccinated and they can't access public facilities, then that's on them," he said.

Lomax said while she had received messages from residents about the gatherings, they wanted a mutually beneficial solution.

"The residents are like 'live and let live' but it's just not fair what's been happening.

"I know its really important for the residents that there's a peaceful solution that can be reached. It's not in anyone's interests for this to get escalated."

Charles said that's spot on and no one should be denied the right to protest.

"My objection is a personal objection to what they stand for ... I get pissed off by the motorbikes driving around and putting out carbon monoxide.

"There's no way that I can object against protesting since I've been involved in organising so many climate change protests myself!"