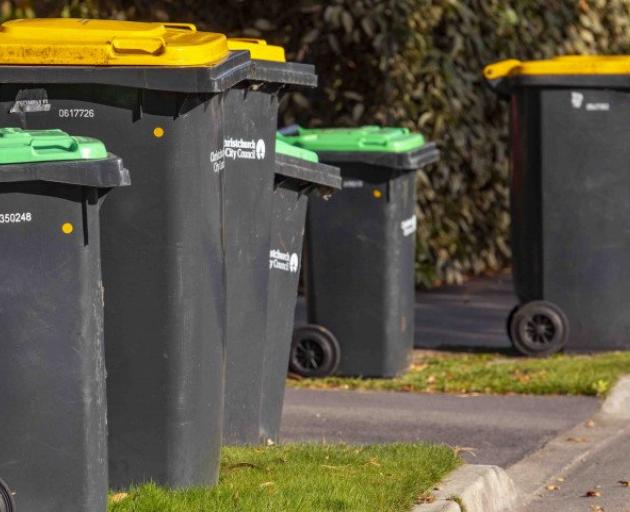 Uncollected bins are still an issue for people in the Papanui-Innes Community Board area. Photo: Geoff Sloan
Uncollected kerbside bins are no longer the No 1 issue reported by residents in Christchurch's north-west.

A ticket report has revealed the most common issues, complaints, feedback, compliments or suggestions people living in the the Papanui-Innes Community Board area reported to Christchurch City Council between July 21 and August 19.

But unlike the previous two months, uncollected kerbside bins are no longer the biggest concern, although they remain an issue.

The impact of this is not yet reflected in ticket reports, but it was intended that EnviroWaste Services Ltd would help contractor Waste Management NZ Ltd, which has struggled to meet some performance targets.

City council resource recovery manager Ross Trotter said a shortage of class 4 drivers was a factor in the targets.

"They have been working hard to recruit new drivers and increase the size of their fleet but, unfortunately, there continues to be days when a small number of streets have not been collected due to the driver shortage.

"We want everyone’s bins, though, to be collected on the scheduled day, so we have appointed a subcontractor to collect bins on one of the collection routes each day," Trotter said.

"This should ease the pressure on our contractor and help ensure that all the scheduled collections happen on the right day to provide a high level of service to our residents."

The most recent ticket report shows leaking water supplies are now the most common complaint with 136 tickets, while uncollected and damaged bins were second and third on 124 and 115 tickets respectively.

Last month, 161 tickets were for uncollected bins, while 118 were for water leaks.

The report also shows a general decrease in tickets with 1042 completed on average every 3.1 days, down from 1363 tickets completed within an average of three days the previous month.

The most recent ticket report for the Fendalton-Waimairi-Harewood Community Board area also shows collection issues to be a concern.

From July 21 to August 19, uncollected bins were the second largest issue reported, with 130 tickets. However, the main reason people in the area reached out to the council was for residential property files.