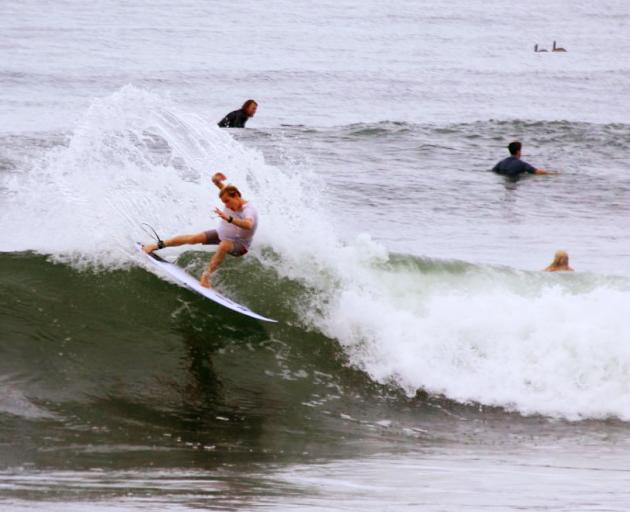 Safety is always a priority when the junior world championships are staged and El Salvador, one of Central America and the world’s most dangerous countries, to ensure the competitors were also as secure as possible when on shore. 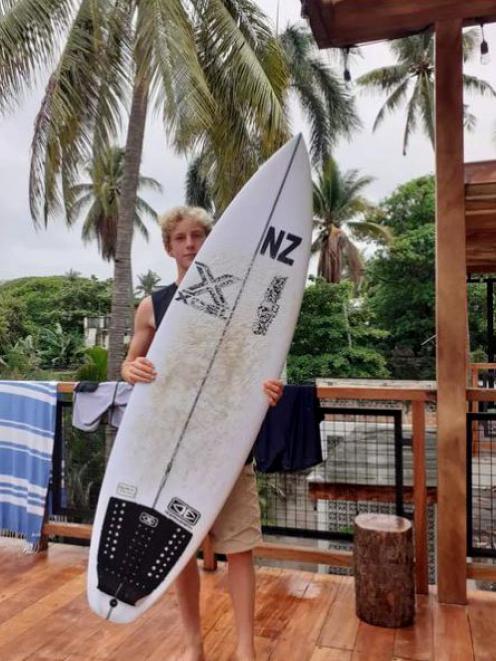 Jack Tyro. Photo: Supplied
A gang violence-inspired state of emergency was still in force when the year 11 student from St Bede’s College arrived from Los Angeles at 2am on May 23 and transferred to a bus escorted by an armed convoy.

And when the sun rose over Surf City - about an hour south of the crime-infested capital San Salvador - Tyro and fellow Sumner surfer Ava Henderson got acclimatised under the watchful gaze of gun-toting police.

“There was security with guns on the beach. You don’t get that in Sumner,” he said.

“It was reassuring and kind of cool.

“We’d never seen guns like that before. It was just cool seeing stuff like that,” said Tyro.

“They (security) were really nice, they said ‘Hi’.

“There were a lot of fireworks and we thought they were gunshots, but there were a few parades on.

“Surf City is a really chill place. I might go back when I’m older.” 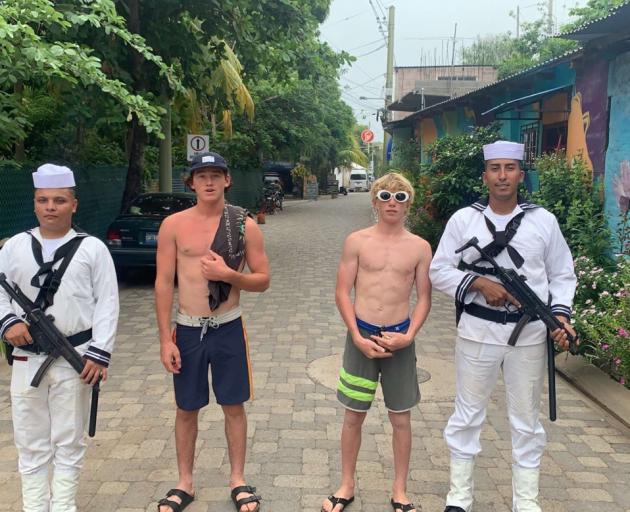 New Zealand surfers Kora Cooper (left) and Kalani Louis flanked by members of the El Salvador navy. Photo: Jack Tyro
Tyro was aware of the country’s dubious reputation, not that he was ever anxious given the team hotel was about 30 seconds from the beach and this was not a backpacking exercise.

The 15-year-old was more concerned about immersing himself in the Pacific coast’s renowned right point breaks, having arrived four days before the competition started.

“They were absolutely pumping, it was way better than here. It was pretty solid most of the time, around five-foot, head height,” he said.

New Zealand ultimately placed 13th in the team event, improving one place from last time the championships were held, at Huntington Beach, California, in 2019.

“We were happy with our result,” said Tyro, who was 33rd equal in the 115-strong boys under-16 division.

“I think I did alright. I had a few shockers where I knew I definitely could have done better. I got through two main round heats, I was even happy making it through a heat, so to get two was pretty cool.” 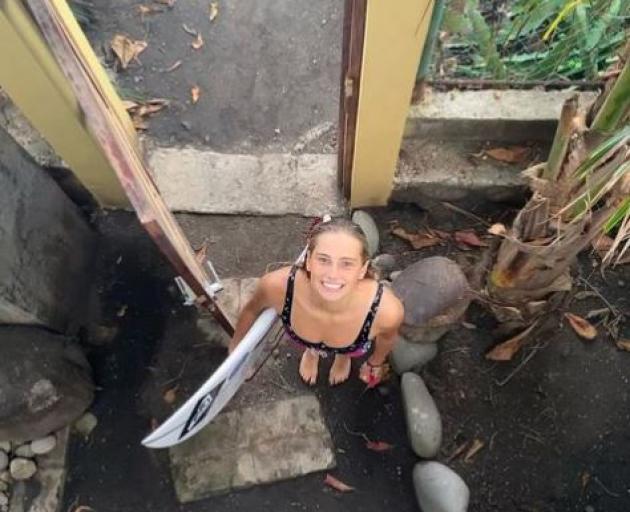 Ava Henderson prepares to compete for New Zealand at the junior world surfing championships in El Salvador. Photo: Supplied
Henderson was among 11 competitors that were 49th equal in the girls under-18 class of 91, a cluster that included teammate Liv Hayson.

“I’m so stoked I got to compete against the world’s best,” said Henderson.

“Definitely had my ups and downs, but grateful I had an amazing crew by my side the whole time.”

Surfing powerhouse Hawaii won the team event comfortably from Australia and the USA.

“Everyone was trying not to think too much about it beforehand and when we got there it felt like a normal comp that we’d be doing at home, but we knew it would be way bigger than that,” said Tyro, a dedicated surfer from the age of eight.

He returned home last Wednesday to catch up on school work after a three-week absence.

Normality also returns when he resumes competition at Logger Heads, the traditional longboard contest in chilly seas at Northland’s Mangawhai Heads next month.