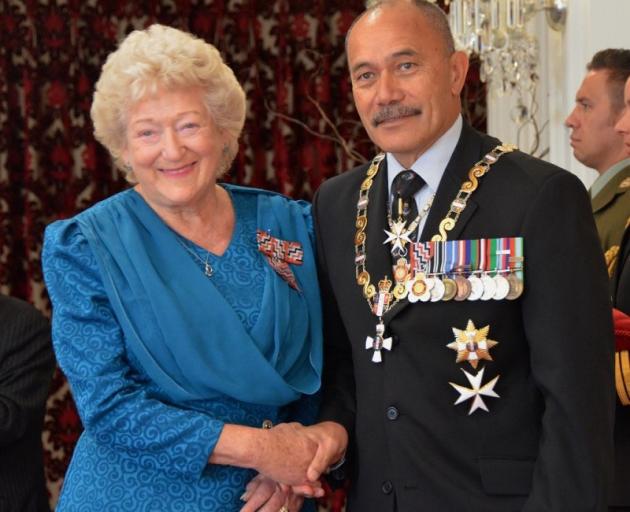 Bromley resident Mary Stanley-Shepherd, who passed away last month, aged 87, offered to show him the ropes in 2016 while receiving her Queen’s Service Medal for services to dance and the community.

Daughter Karen Mather said he was one of many who had the chance, as the founder of the  Cathedral City Line Dancers Mary was a brilliant teacher, who led young and old alike.

She would teach classes to children with cancer at the annual Camp Quality camp each summer, and constantly fundraiser for the cause for over 20 years.

Denise Wood, to whom Mary passed leadership of the line dancing club, estimated Mary, who she remembered as caring and encouraging, had raised about $50,000.

This had been done from methods ranging from raffles and craft sales, to donating the payments the club received to dance at the yearly Spencer Park gala.However, no one was too old to dance, and Mather recalls her mother visiting old peoples’ homes to teach them some moves.

“She’d go and see the older people, even though she was probably older than them,” she said.

“She just loved people, she was a true extrovert.” 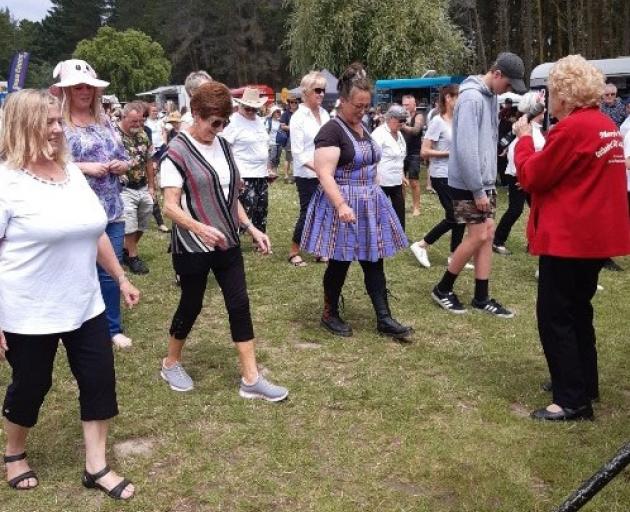 Mary Stanley-Shepherd calls the count during a line dancing session at Spencer Park in 2020. Photo: Supplied
Even as her health started to fail last year, she would still attend line dancing classes, giving instructions and advice.

This was typical of the tenacity and positivity her mother embodied, her daughter said.

“She would always find the good thing, the joy, the positive aspects.”

She also enjoyed the fact that line dancing brought joy to those who might be lonely, and as it did not require a partner, it was suitable for single people, widows, and widowers.

Mary’s life was not always easy. Born in England in 1933, she lived through the Blitz.

“I remember her saying the war years in London were terrible, bombs night after night.”

She left England aged 17 to stay in Kenya with relatives, and although the country was unstable, she stayed upbeat, enjoying the weekend dances.

Shortly after moving to New Zealand, her first husband left her and moved back to Kenya.

“She brought me up on her own. She was a pretty independent, feisty woman. This is before feminism was really defined.”

“She had to argue a few times.” 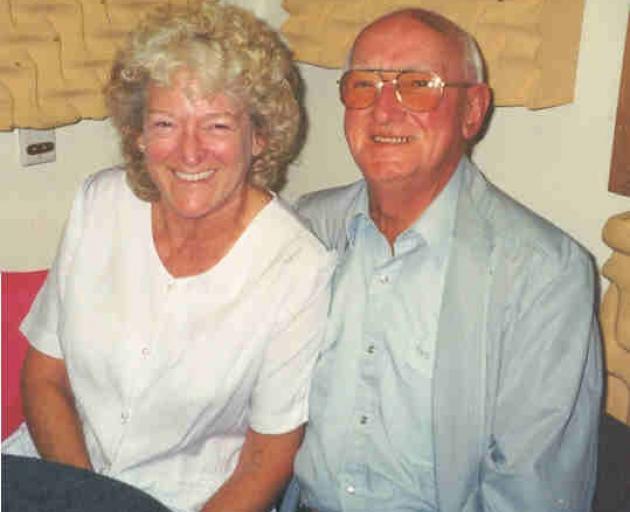 Mary and her husband Art Stanley-Shepherd shared a love of line dancing. Photo: Supplied
Mather remembers choosing a bike for 10th birthday in the early 1970s.

Her mother was not allowed to buy it because she needed her husbands’ name for the hire purchase agreement.

“We had to leave that shop and leave the bike because they wouldn’t sign it off. The next day, mum was on the phone to the big boss.”

In the end, the bike made it home.

“She had perseverance . . . those were the women who really trail-blazed for us, I think.”

Aged in her 60s, Mary married “the love of her life”, the late Art Stanley-Shepherd.

Always a keen dancer, she took to it quickly after being introduced to line dancing in the 1970s.

“I always thought she’d die on the dance floor.”

Even when unwell, Mary took care to look stylish, and her beautiful nails even drew comments from the nurses at Nazareth House, where she passed away.

Because it was lockdown at the time, the family was unable to hold a funeral, but memorial festivities were in the works.

“We will be having a birthday bash in November.”

“We’ll be having a line dance and entertaining afternoon, combined with pictures and stories and things.”

“That’s really the send-off mum would have wanted.”