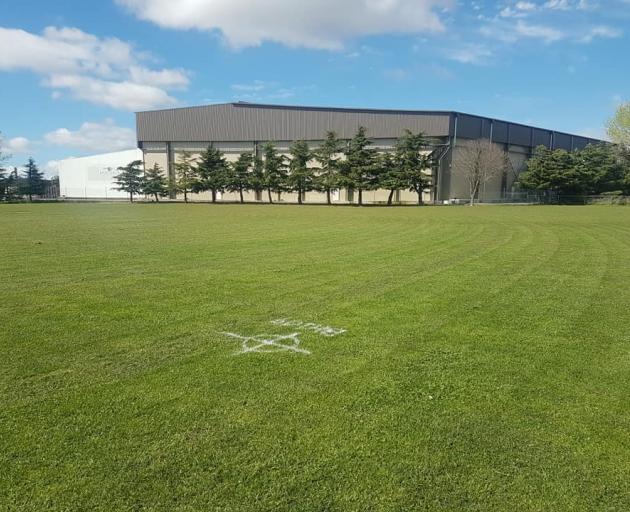 Kyle Park is the location planned for the new Hornby Library, Service Centre and South West Pool. The design for the new facility is not due to be completed until October.
It will be more than six months before the public can view the designs of a long-awaited, controversial mega-facility set to be built in Christchurch.

The concept design for the new Hornby Library, Service Centre and South West Pool is not due to be completed until October.

The timeline was confirmed by Christchurch City Council head of recreation, sports and events Nigel Cox, who said the design team for the project was confirmed at the end of last month following a tender process.

The facility will be designed by architecture company, Warren and Mahoney, while the project will be managed by engineering consultant AECOM and the quantity surveyor Rawlinsons.

The mega-facility has been a long time coming after the need for a pool in the south-west of the city was first identified in the 2006 Aquatics Facility Plan.

The need for a larger service centre and library was established through the South West Area Plan prior to the February 22, 2011, earthquake with the 2012/13 Annual Plan bringing the project forward.

Hornby Cricket Club committee member Kevin Hornbrook slammed the date for the design’s completion, saying it was “garbage” and it was being pushed back more and more.

But Greater Hornby Residents’ Association chairman Marc Duff said: “I can understand the community’s desire to see the plans as soon as possible, but on the same token council has to go through the design process before releasing it to the community and get tenders."

Meanwhile, how additional funding will be sourced for the mega-facility is still yet to be revealed.

A maximum of $5.8 million may be needed to secure the facility's foundations due to it being built on Kyle Park, a former landfill.

Mr Cox said the additional funding is required because the scope of the facility is greater than the funds available.

But he said securing of the funding will be completed in line with the development of the concept design.

Hornby community leaders met with city council staff in September to discuss ways of getting additional funding for the new centre.

Mr Cox said a range of applications and community initiatives are being planned - but the initiatives will be confirmed in line with the development of the concept design.

A range of applications and community initiatives are being planned. This will be confirmed in line with the development of the concept design.

In July, city council staff surveyed residents on the top four additional four features they would like to see in the new facility.

A hydroslide and hydrotherapy pool, child-minding services, study/computer spaces and automatic doors were popular choices the community would like to see in the facility.

Mr Cox said no further decisions have been made on whether some features, such as a hydroslide or hydotherapy pool, will be included in the design as it is dependent on the funding being secured.