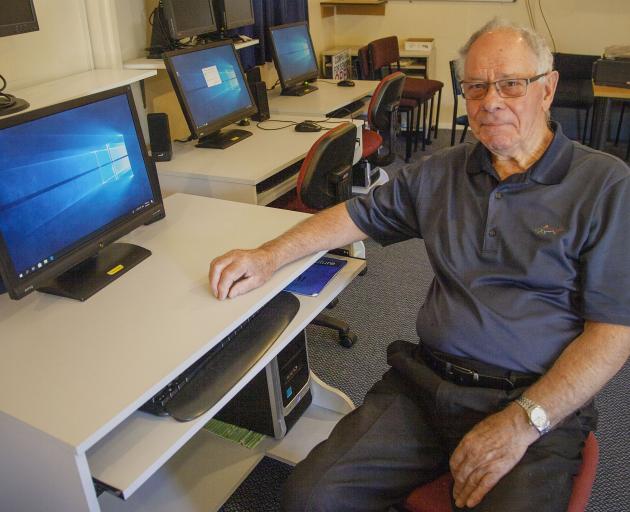 Long-serving Senior Net Garden City treasurer Murray McKay said it is "a real shame" the organisation, which has been running for about 20 years has closed down. PHOTO: GEOFF SLOAN
A plunge in membership has forced a 20-year-old Christchurch organisation that helped elderly people with technology to close its doors.

SeniorNet Garden City has now closed its base in Upper Riccarton.

Established in 1999, the organisation offered computer tuition to people aged over 60.

It was led by people of a similar age who understood the benefits and frustration elderly people can experience when learning to use new technology.

Treasurer Murray McKay, who joined the organisation in 2000, said when he started it had more than 300 members.

However, over the years membership numbers have whittled down to about 43.

“We might have 43 members but when you run a class only two to three turn-up,” Mr McKay said.

The organisation held its last meeting about three weeks ago. Over the next couple of weeks, the committee will continue to clean out the old classrooms and sell equipment to members.

“Any money left goes to charity."

Mr McKay, who doesn’t own a cellphone himself, said it is likely membership has dropped due to the younger generation leading the older generation in their use of technology.

“I think it is the younger generation coming up and running around with things in their hands. It has been a trend, even with those running the courses. Most of them are using their own phones or units.”

Mr McKay joined when he bought himself a laptop and thought he had better learn how to use it.

Within a year, he was the treasurer and even did a small amount of tutoring.

But he said he specialised in teaching others about database systems and spreadsheets.

The classes started out in the old Hornby Clocktower building before moving to the Upper Riccarton Methodist Church.