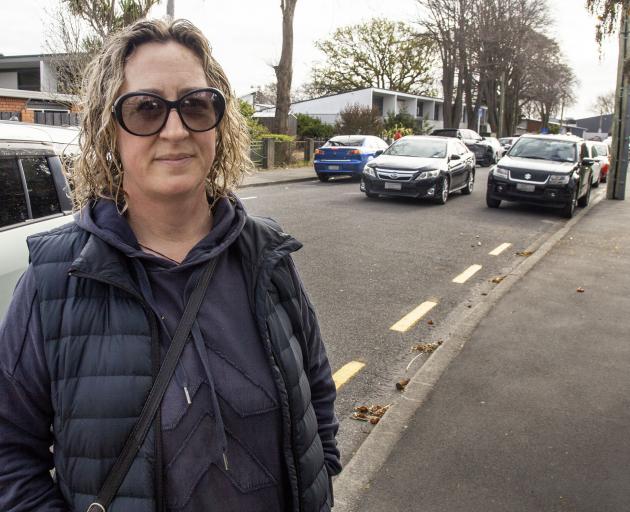 Time-restricted car parks are set to be trialled in Courtenay St, near St Albans School, after they received the green light from the Papanui-Innes Community Board meeting last week.

A report in the board’s meeting agenda said council staff worked with pupils to identify safety concerns around the school.

The intention is to draw away school traffic from Sheppard Pl.

The traffic counts at both locations will take place one and six months after installation to monitor the trial’s impact.

St Albans School traffic on Sheppard Pl. Photo: Geoff Sloan
Time-restricted parking was already in place in the school’s main Sheppard Pl entrance and on the adjacent Trafalgar St, but some parents pushed the limits, she said.

“There’s no one here to police the three-minute parking. They need someone.”

She is concerned the heavy traffic could lead to a child being hit by a vehicle one day.

“You see near misses – the number of people is crazy.”

However, she was pleased pupils were thinking about how to tackle the traffic issues.

“[My son] is on the school council and he’s all over it.” 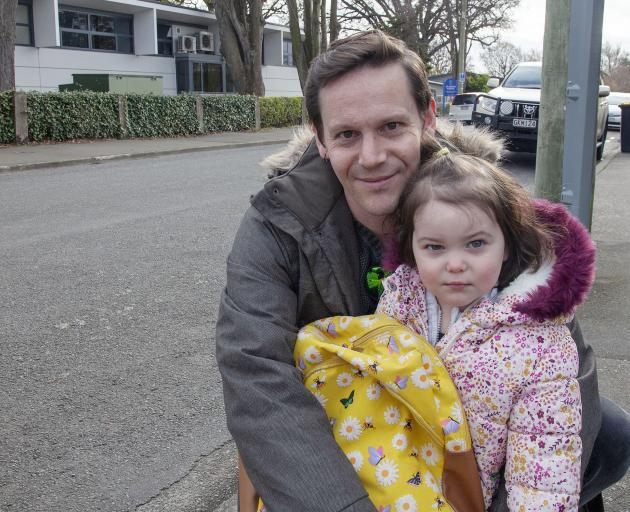 “It’s a bit of a nightmare, I park elsewhere and walk in,” Rogers said.

“[School staff] do what they can but as a parent, you’re still nervous.”

He sometimes parked in Courtenay St and, although he was unsure whether restrictions there would improve the situation, he thought it was worth trying.

This was also the overall attitude of the community board, in spite of dissent from members Emma Twaddell and Ali Jones, who both questioned the safety of the trial.

The restricted parking will begin 16m from the Westminster St intersection, where Jones said traffic bottlenecks and drivers become impatient.

“There is no doubt that there needs to be more of this kind of parking around the area, but this is an horrendous, and I’m not overstating that, intersection,” she said.

“To encourage children to be getting in and out of vehicles essentially at an intersection is just gobsmacking, to be honest.” 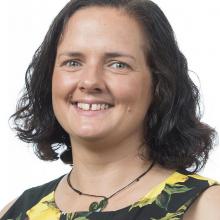 Emma Norrish.
Board chairwoman Emma Norrish was supportive of the change as she thought new solutions need to be tried.

“It is aimed to be constantly monitored and reviewed, and revoked if necessary.”

Board member and Innes Ward city councillor Pauline Cotter said the board needs to trust the council staff who recommended the change.

“I don’t believe they’d recommend us to put in a parking treatment that was going to endanger any lives anymore so than they currently are,” Cotter said.

“Admittedly it is a busy area.”