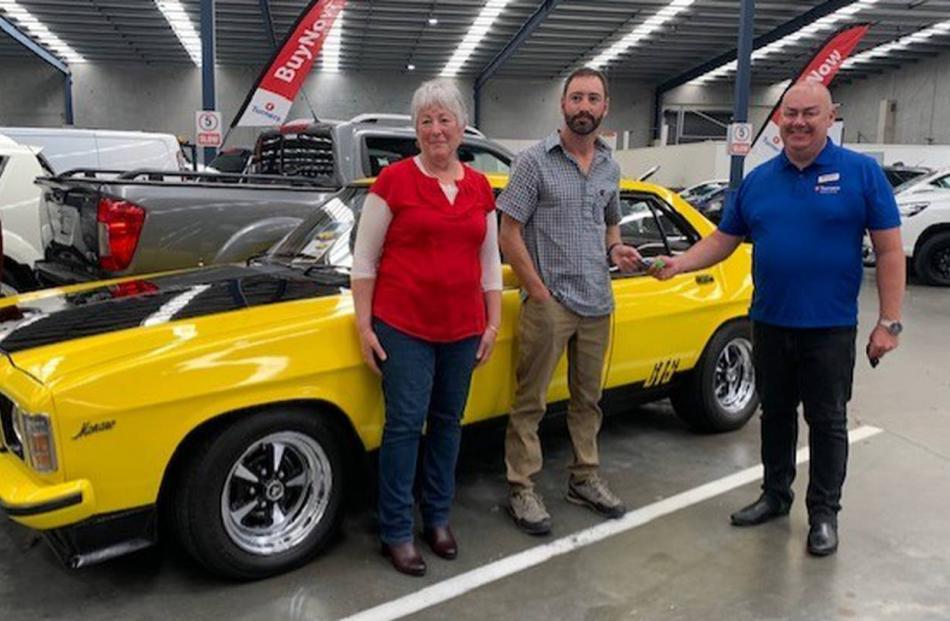 Jason Lush with his mother and Turner's fleet salesman and auctioneer, Carl Williams. Photo: Supplied
A long-lost 1977 Holden Monaro has been bought by the son of its original owners after more than 30 years.

Jason Lush saw the car for sale on the Turners Cars website when it was listed earlier this month.

His father and mother used the car to go on their honeymoon in the late 1970s.

Lush and his brother recognised it and contacted Turners auctioneer Carl Williams to confirm the number plate.

"They matched it up to an older photo they had. I told them it was the same car," he said. 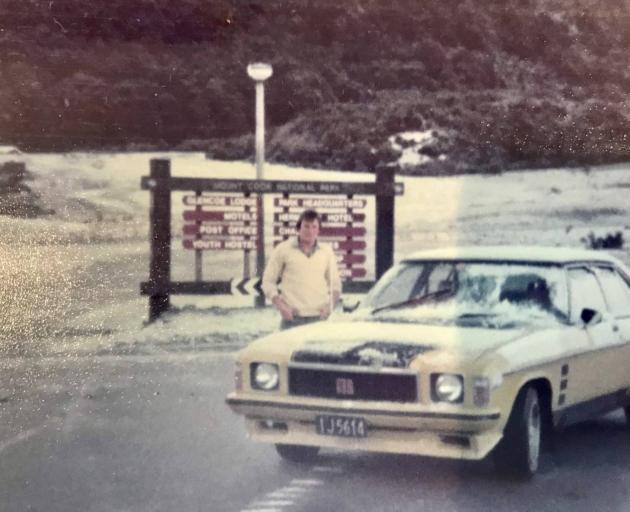 "Jason's mother was very emotional at the auction. It was a great moment."

The Monaro was sold as part of a larger collection of collectible cars that went up for auction which included a 1996 Holden Commodore VS HSV GTS-R worth more than $300,000.

The car was marketed as the closest HSV road car you could get to the Holden Racing Team cars of the 1996 Australian Touring Car championship season.

No bids were made on the vehicle but there was good interest in some of the other early Holdens, Williams said.

The vehicles that did not sell will be returned to the owner who he said is not that upset about getting them back.