Speed reduction gets thumbs up from shoppers at busy Christchurch mall 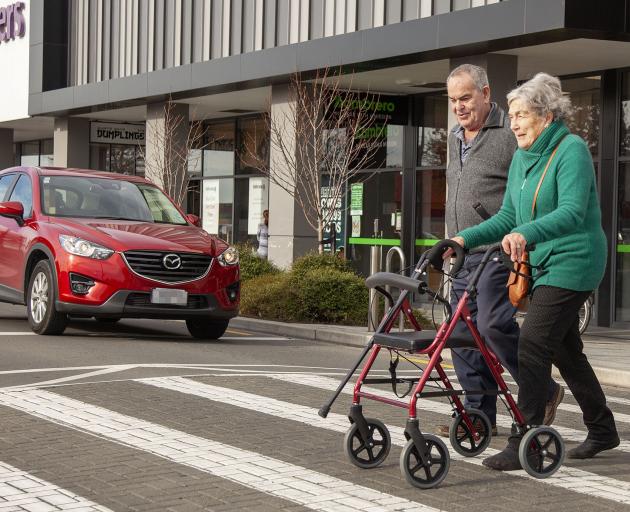 Victoria Holden, who works near The Hub, said many people had mobility issues and would appreciate slow-moving traffic near the busy mall.

The Hornby-Halswell-Riccarton Community Board approved the speed change from 50km/h at a meeting last week.

Traffic issues were a recurring theme of the meeting.

The board also decided to have the city council investigate a possible traffic light arrow to help drivers turn right from Amyes Rd onto Shands Rd. 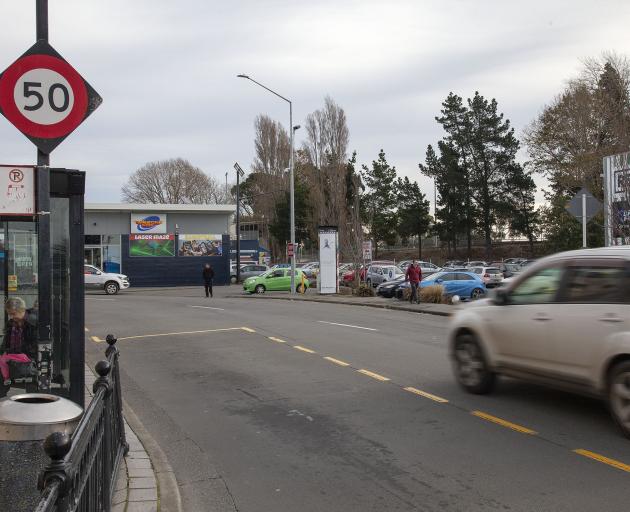 A 50km sign on Chalmers St. Photo: Geoff Sloan
The Greater Hornby Residents Association raised the issue after 100 people commented on its Facebook post asking if change was needed at the intersection, as reported by Western News last month.

Those who spoke to Western News on Monday were also broadly supportive of the Chalmers St speed change.

“There’s so much traffic here, and kids running around,” Jackson said.

Kyle Williams thought the change was “probably a good thing” although traffic was already quite slow on Chalmers St, he said. 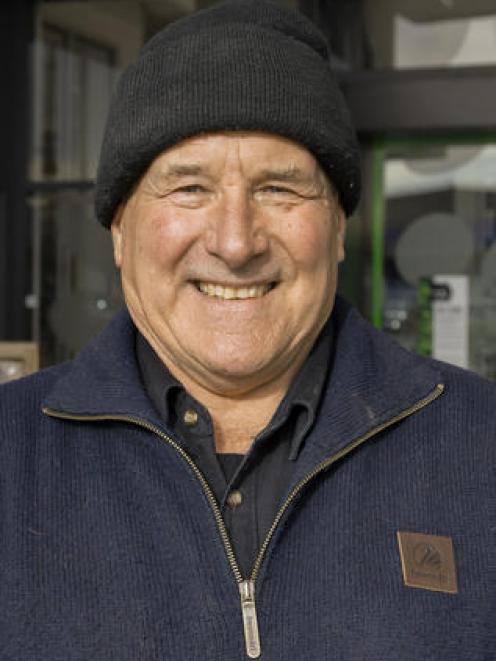 However, he was fine with the speed reduction, he said.

A person who did not want to be named said although drivers were good at stopping at the pedestrian crossing, the reduced speed limit was still a good idea.

Another said drivers should still be allowed to drive faster than 30km/h in situations where the road was empty, such as at night.

A report to the board by city council traffic engineer Barry Hayes recommending the change said it was intended to make the street safer.

“A do nothing approach is unlikely to achieve this, in particular as traffic volumes and the number of active road users increase.”

Within the last 10 years, 15 crashes were recorded on Chalmers St, the report stated.

Two of these were serious crashes, and another four resulted in minor injury.

Speed data showed the average vehicle speed along the street was 32km/h, although this was expected to increase in the evenings when traffic was lighter.

Public consultation on the issue closed on April 26.

Of 38 submitters, 21 were in favour of the change.

A signalled pedestrian crossing was suggested by 11 submitters but city council staff thought this unnecessary, the report said.

“Staff have observed the delays and queues do not extend to an extent that blocks other accesses or affects the operation of the local road network.”

“The traffic is self regulating. I don’t think it’ll change too much,” Marsden said.

He was more concerned with the difficulty crossing the Main South Rd and Carmen Rd posed to pedestrians.

However, anything to improve pedestrian safety was fantastic, he said.

The speed limit change will take effect when the necessary signs are in place, within the financial year. 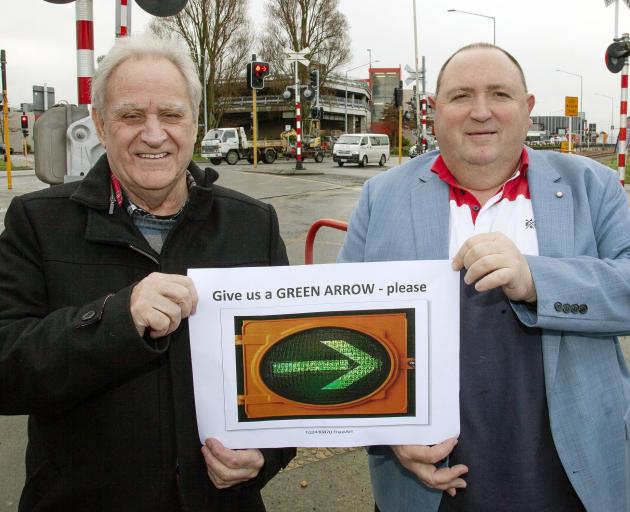 Greater Hornby Residents Association members Ross Houliston and Marc Duff at the intersection of Amyes and Shands Rds. Photo: Geoff Sloan
Community board member Mark Peters said he expected the council report on the possibility of a right turn arrow to be ready about one month after the board meeting.

“We couldn’t have asked for more than that,” Duff said.

After the Facebook feedback, the issue was discussed at the association’s monthly meeting, in which members decided to progress the issue.

During the community board meeting, association member Ross Houliston spoke about the need for changes to the intersection.

Peters recommended that the issue be referred to council staff for a report, which fellow board members agreed to.

“[The traffic department] will do a report on whether it’s feasible or not, and a costing,” Duff said.

He hoped the report would prove the need for improvements.

This was not the only dubious right-turn on the association’s radar.

“We’ll just work through them gradually, one by one.”