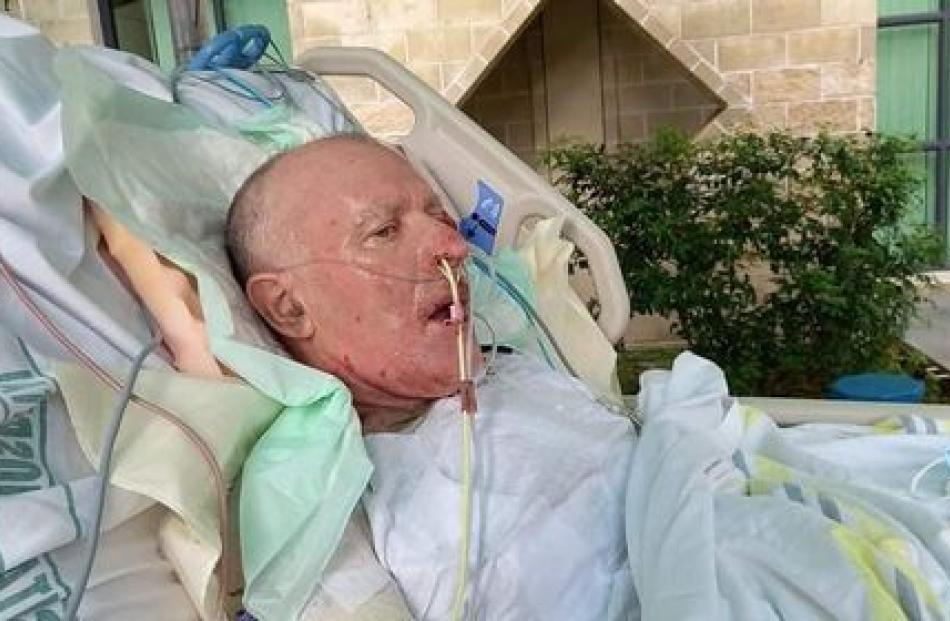 Kevin Burney enjoyed a brief respite outdoors for the first time on Tuesday. Photo: Supplied
His body swathed in bandages covering skin grafts and to ward off infection, Kevin Burney finally experienced broad daylight to lighten the mood as he fights for his life.

Confined to the intensive care unit at Auckland’s Middlemore Hospital since he was critically injured by a blast at his Darfield property on April 2, the 60-year-old enjoyed brief respite outdoors for the first time on Tuesday, his wife Amanda by his side.

“They took him outside so he could see the sunlight and help with the mental health a bit,” his son Marcus said.

“Obviously with his injuries anything can still happen, but he’s doing okay. They must have been pretty confident to take him out of the room.” 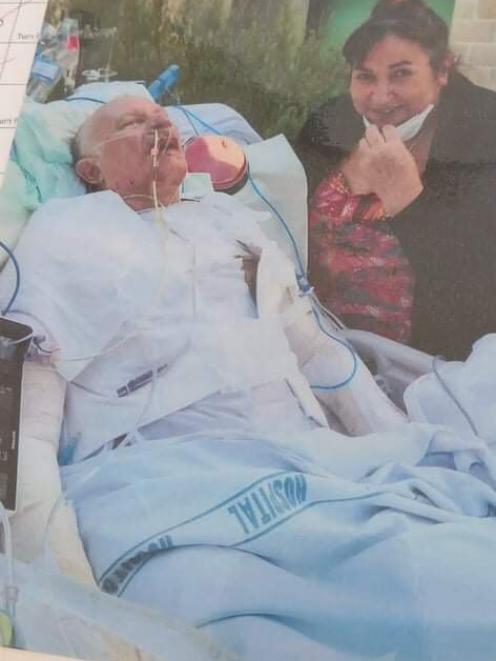 Kevin Burney and his wife Amanda enjoy some fresh air. Photo: Supplied
However, family members are still pensive after medical personnel described Kevin’s burns as the worst they had seen since treating victims of the Whakaari/White Island volcanic eruption in 2019.

“We always have to be a little bit cautious, we’ve found if you say something too positive, something bad will happened the next day. He’s still critically unwell,” Marcus said.

Kevin sustained burns to about 70 per cent of his body – from his head to thighs – when a metal drum exploded as he was using a grinder to cut circular pieces for use as garden plant frames.

The drum had been used to store the cleaning chemical isopropyl and it is believed sparks from the power tool ignited fumes.

Kevin was initially transported to Christchurch Hospital and then airlifted to Middlemore, where the country’s national burns unit is located.

He has undergone skin graft operations, mainly to his hands and chest, while the slight collapsing of a lung is another concern. He has also battled two major infections," Marcus said. 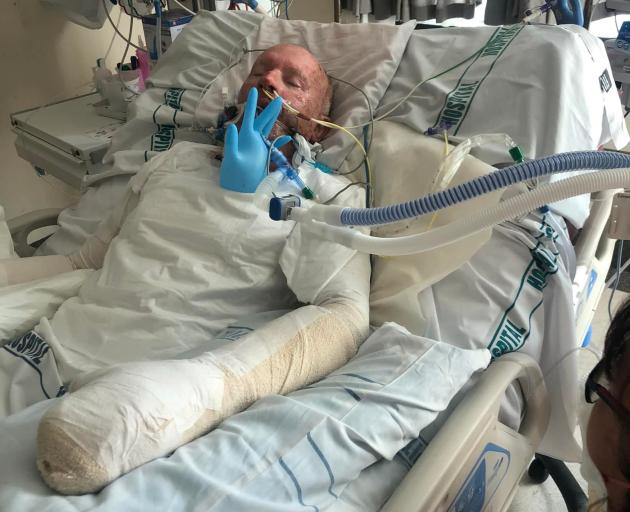 Kevin Burney faces a long road to recovery at Middlemore Hospital after a metal drum exploded when he was cutting it with a grinder. Photo: Supplied
Communication is another work in progress.

“He’s able to nod his head, he can still whisper but he’s still not quite able to talk yet,” Marcus said.

It was still evident Kevin, a keen sailor and runner, was frustrated by his predicament.

“It’s hard for him going from being so active to suddenly not being able to do anything really,” said Marcus, who will make his third bedside vigil next weekend.

His mum has been in Auckland since shortly after the accident and recently the Freemasons Charity organised long-term accommodation for her.

“They’ve found a nice unit where she can stay for the next few months,” Marcus said.

Kevin is now almost a month into his recovery and he faces at least another three months in Auckland before being transferred to Burwood Hospital’s burns unit for continuing care and rehabilitation.