0 Comments
It is all hands on deck in Rangiora as volunteers race to replace 100 traps washed away in last month's floods.

They were crucial in defending some of the world's most endangered braided river birds from pests such as rats, stoats and hedgehogs.

And it was a race against time, with many birds returning to Ashley River to lay their eggs in just four weeks' time.

The Ashley Rakahuri Rivercare Group had been on the frontlines of trying to arrest the decline of some of the world's rarest birds for more than 20 years.

The destruction of so many of their traps last month led to a call for reinforcements.

It came in the form of residents of Ryman's Rangiora rest-home. 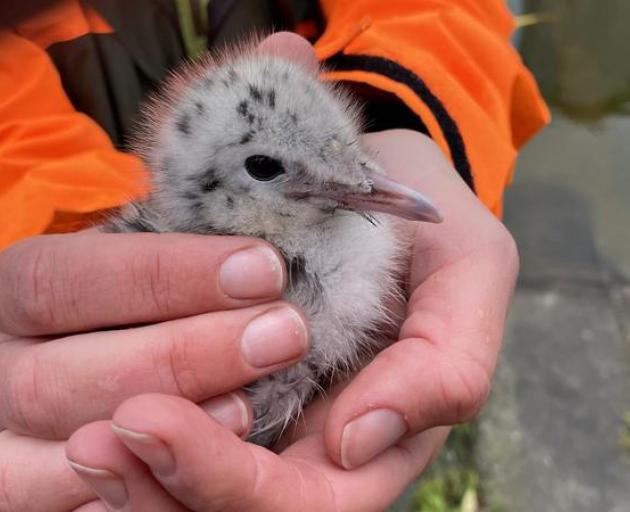 An endangered black-billed gull chick. Photo: Supplied / DOC
Lynn Andrews had rallied a small but dedicated bunch to lend a hand building the boxes needed to house the Doc 200 traps.

"They're very efficient. Some of them have got 40 years experience in the building trade and know exactly what they're doing with saws and keep their fingers."

The unofficial name for the place where the magic happened was the blokes' shed.

However, that hadn't stopped Gwenda Johnson from getting involved.

"We grew up on a farm, always had hammers and nails in our hands and it's got to be better than washing and ironing and cleaning. You just potter around when you've got time and whack a few together and it's really good."

Grant Davey, a Rivercare Group member, refreshed some of the traps that survived with fresh bait along the Ashley River.

A quarter of the four hundred traps his group had set along the Ashley River had been washed out to sea and now needed replacing before endangered black-billed gulls, black-fronted terns and wrybills, returned to nest.

These birds needed all the help they could get after an explosion of the Norway rats that were adept at swimming out to the gravel islands the birds nested in.

"So you go out one day, there's black fronted terns everywhere. Go back the next day, over half that island, they'd all gone. And later on the other half of the nests, they hatched eggs, but we got no fledglings at all from the biggest tern colony we've ever had. We don't have proof but I'm almost certain it was Norway rats that got them."

This year the rats got in to a colony of 1700 black-billed gulls.

"And I found carcasses of I think it was 110 something like that, black billed gull chicks which had been eaten by Norway rats, scattered around just right close to the edge of the colony."

The job had grown too big for his group alone to handle.

"Environment Canterbury has been talking about putting a whole lot more traps along the river and employing a professional to check them. But even that, I don't know how successful that will be. We need farmers all around the countryside with traps all along the hedgerows."

One advantage of the floods had been the destruction of the lupins and gorse that were smothering the stony gravels needed by the birds to establish their nests.

Davey was hoping enough survived this breeding season to boost their dwindling numbers. 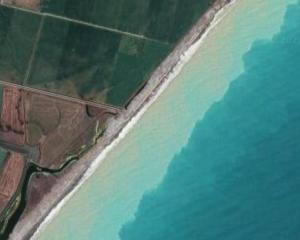 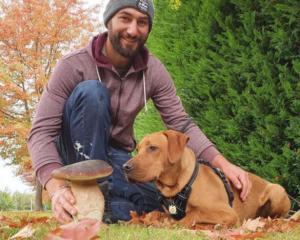 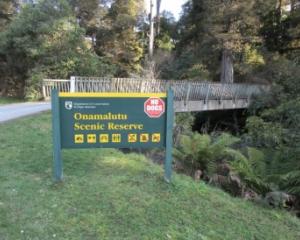