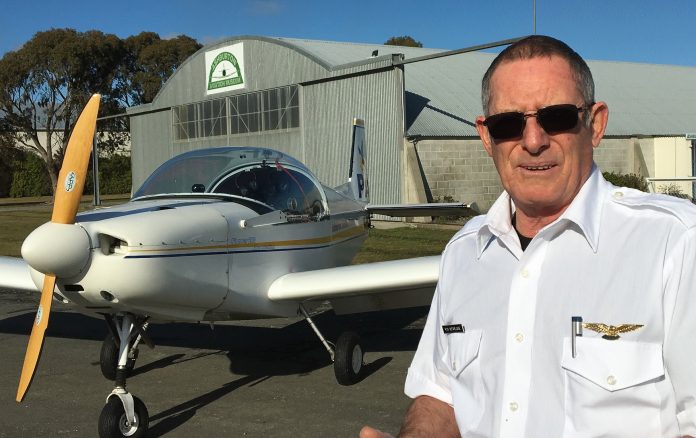 Ashburton Aviation Pioneers flying instructor Ron McFarlane. Photo Toni Williams
Canterbury flying ace Ron McFarlane is keen to teach the next generation a thing or two about flying - as a hobby or the beginning of a flying career.

McFarlane is the Ashburton Aviation Pioneers’ flying instructor and seeking students wanting to learn to fly, or those looking to return to flying.

He has been flying for the past 16 years and an instructor for the past two years, based out of Ashburton Airport.

A plumber by trade, now retired, McFarlane moved to Mid Canterbury from Invercargill in 1973. He always had an interest in flying but with work, then the arrival of children, flying took a back seat until the kids left home.

In 2004 he took up the opportunity to learn with members of the Ashburton Aviation Pioneers, which has 30 members.

“I learned to fly with these guys. I was the first abinito,” he said, going from novice learner to gaining his full pilot’s licence.

The group, based at the Ashburton Airport, was initially formed to allow older pilots a chance to enjoy lower cost flying with fewer medical restrictions.

Founding members invested in two microlight aircraft and took on students to keep those aircraft flying; they paid for their upkeep and running costs.

“It was so popular more than 20 students have learned to fly from start to advanced certificate,” McFarlane said. “And most have now become owners of their own aircraft.”

The group’s youngest student, Lachlan Kingan, was 11 when he started learning to fly and since then has advanced to his full pilot’s licence.

However, pilots need to be 16 to fly solo, McFarlane said.

They now run just one Alpi Pioneer 200 ultralight aircraft, and offer lower-cost flying at $120 per hour for those who have a desire to fly.

They also have trial flights lower rate see if learning to fly was for them.

It can fly from Ashburton to anywhere in the South Island within two and a half hours.