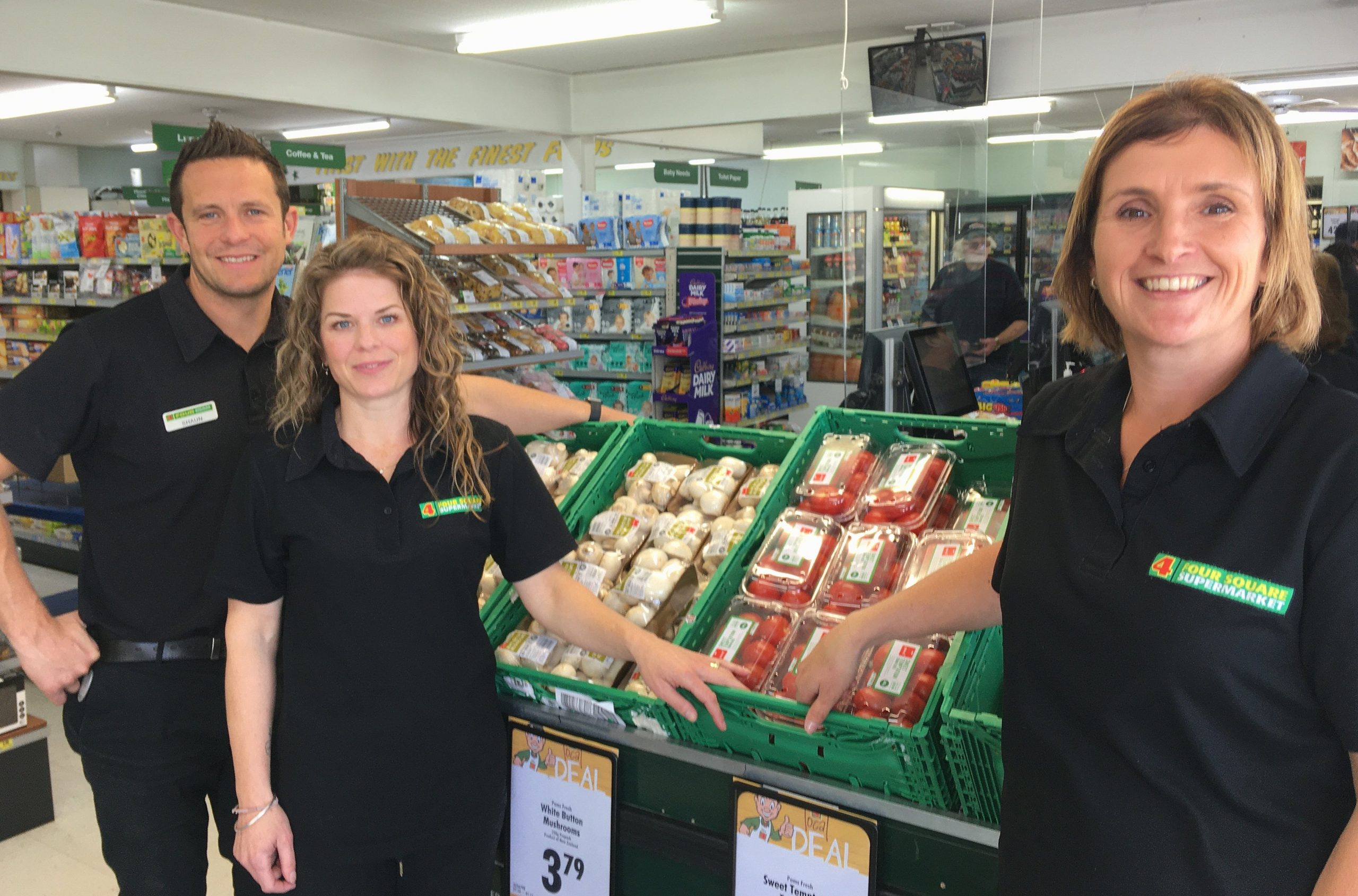 Kim Woods who has been working in Christchurch but lives at Mayfield will take over from Taryn and Shaun McFadden at the Bridge St Four Square on Monday.

The McFaddens are moving with their sons Tyler and Jesse to Mapua, near Nelson. Mrs McFadden has family in the area.

They will take on a larger Four Square store which has growth potential following an extension and refit.

It’s a bittersweet decision, only made possible in recent months after the store, with its current owner for 13 years, was put on the market within the group.

“It was not on our radar to move but unexpectedly the opportunity arose and we were not able to say no,” Mrs Fadden said.

It was a “very hard, very tearful” decision.

The Ashburton store staff had become an “unexpected family” and would be missed.

Miss Woods has a supply background and spent many years in the grocery trade. She used to work with Mr McFadden in Christchurch.

Her work history includes time at Fonterra, DB Breweries and Cerebos Greggs. She, along with her partner Scott Murphy, have owned a bach at Lake Clearwater for around 30 years, and she is already seeing a few familiar faces in store.

She has worked in the Netherby store for the past eight weeks, getting to familiar with the staff and processes as well as meeting the locals. And she is looking forward to putting names to those faces.

Miss Woods is very excited about the future in the store and plans to carry on the good work set up by the McFaddens and their well-established team.

“I’m taking on a very capable team,” she said, which made the changeover a lot smoother.

The opportunity to buy the business has been a dream come true for Miss Woods who has, for a long time, wanted to own the Netherby store. It’s the only store she has ever wanted. She was in the running for the business at the time the McFaddens took it on four years ago.

The McFaddens’ last day in store is Sunday.