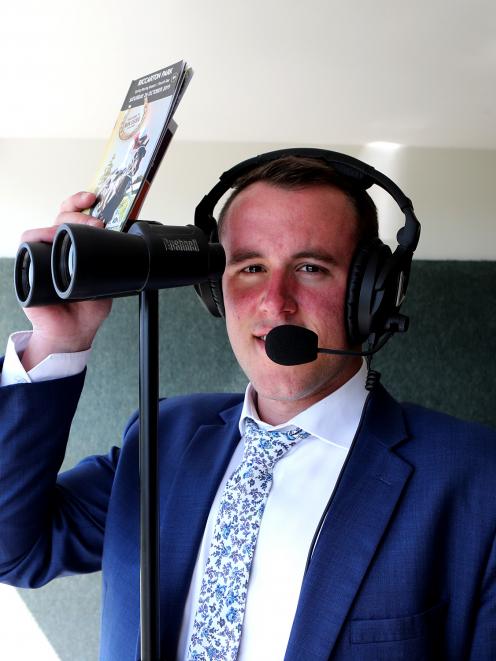 The young commentator, who grew up in Kaiapoi and went to school there, took over from Mark McNamara as race caller for the Canterbury region last August.

He was a guest speaker at the Rangiora Harness Racing Club's annual general meeting this month.

It was something he had longed to do since he was a teen watching Reon Murtha calling races at Addington.

''I knew then that was what I wanted to do when I was old enough.

''I am very fortunate to be doing what I am doing now.''

However, he is sure there will be butterflies before the big race on Cup Day.

''It will be an incredible honour to call such a prestigious race.

He also worked for Mark Jones at Burnham and Woodend Beach trainers David and Catherine Butt before accepting a cadetship with the New Zealand Racing Board as understudy to Mark McNamara and Trackside television presenter Greg O'Connor.

He did his first race commentaries at the Rangiora Harness Racing Club's meeting on June 29, 2014, calling two races on the programme.