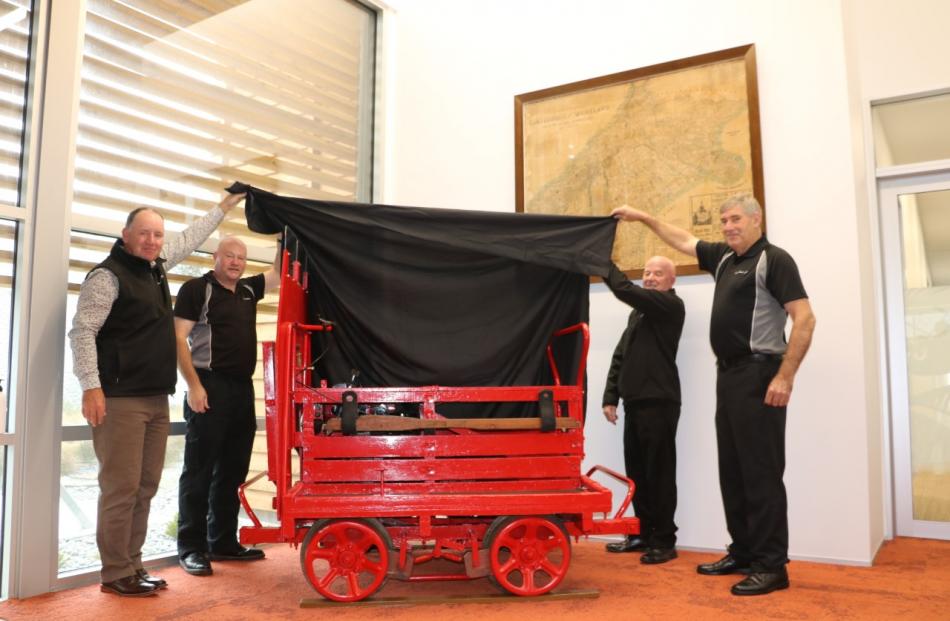 The 1960s jigger was unveiled at a ceremony and will be housed at the council offices temporarily, before eventually being moved to a permanent home in the new Rolleston town centre.

Mayor Sam Broughton said the jigger is part of an important project that celebrates the district’s history and heritage.

“Rail is a huge part of Selwyn’s story. Our main town, Rolleston, sits at the junction of the midland and main south lines and traces its foundation as a town to the opening of the railway terminus in October 1866,” he said.

“As we’ve been developing our new town centre we’ve had a focus on capturing what’s important about Selwyn’s history – and the railway is a key element.

“We’ve been delighted to partner with KiwiRail to see the jigger restored and presented to the district. Eventually it will be displayed in the new town centre, near Te Ara Ātea, to recognise the district’s rail heritage and to honour the workers who built the midland and main south lines.”

The jigger has been painstakingly restored by KiwiRail engineers and residents Graham Lawn, Ian Dixon and Danny Leonard. 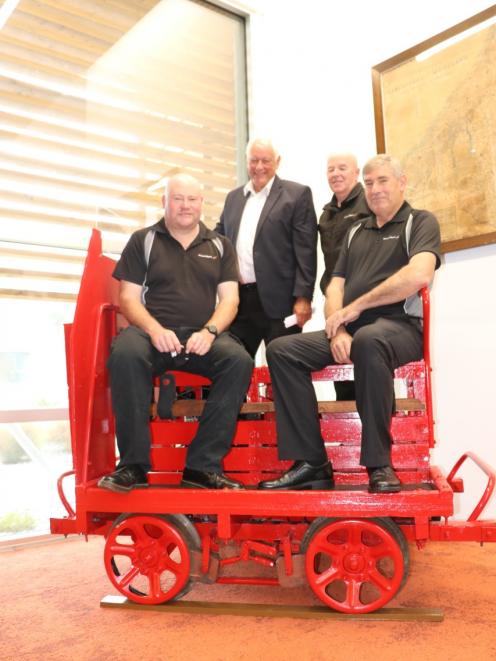 From left – Danny Leonard, district councillor Geoff Bland, Graham Lawn and Ian Dixon on the jigger. Photo: Supplied
The restored jigger is Lawn’s pride and joy. He comes from a rail family and remembers travelling up and down the line with his father on the jiggers.

“That’s why when I was asked to do this project, I didn’t hesitate. It’s an icon for Rolleston, as well as for KiwiRail. I want families to be able to view the jigger and read and learn about the history of rail.”

With the disruptions caused by Covid-19, it took three years for the trio to restore the jigger. Lawn, who has lived in Rolleston since 2006, is proud of the project because of the rail connection and its personal significance. Jiggers have been part of New Zealand’s history since the early days of rail, providing transport for workers undertaking track repairs and inspections.

In the late 1800s jiggers, also known also as velocipedes, were operated by hand and motorised models were introduced in the mid-1900s. They were eventually withdrawn in the 1980s, and replaced by road vehicles with rail wheels fitted.

This jigger was built for use on the midland line in the 1960s. It has a petrol motor with a three-speed gear box and was designed to carry four people.

It carries the identity number WW7840, signifying the Ways and Works division of New Zealand Railways and showing it was the 40th jigger of that model built.

The jigger sat unused in a shed at the famous Cass railway station until it was recovered in 2019.