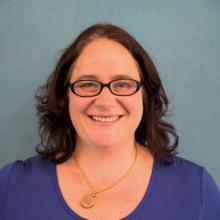 Rachel Skelton. Photo: Supplied
The school was engaged in two key processes: Writing an education brief to inform the architect’s design and the tendering process for the design and build of the school.

“Later in the year, at the completion of this work, we will have our building plans to share with the community, which is very exciting,” Skelton said.

She and board chair Lynley Shaw will be engaging with the community in the meantime.

They will be sharing progress, seeking feedback and answering questions at residents’ association meetings.

The second Rolleston College campus will be on the corner of Springston Rolleston Rd and Selwyn Rd - 2km from where the college is now. It is expected to open in 2025.

Minister of Education Chris Hipkins said at the end of last year when making the land purchase announcement it would take the college’s capacity to about 3400 students.

Rolleston College has about 1400 students. Selwyn’s three other high schools - Ellesmere College, Lincoln High School and Darfield High School - have rolls of about 500, 1390 and 800 respectively.

The Ministry of Education decided last year after community consultation the best way to cope with roll growth in Rolleston was to create the second campus, rather than open a separate secondary school.