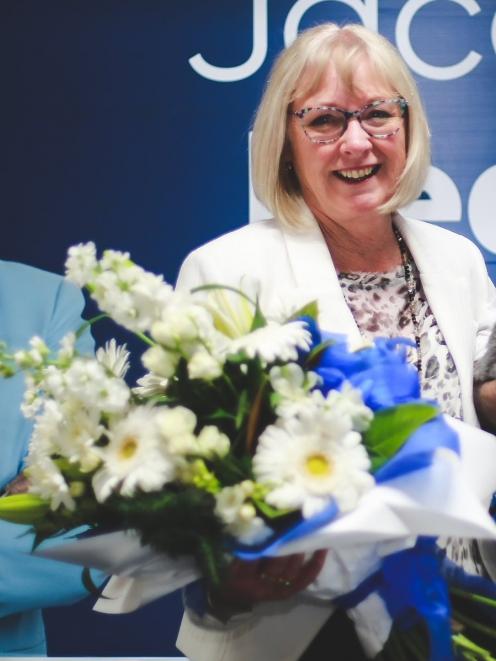 Mrs Dean, who has just turned 65, said that after a quarter of a century involved in local body and then national politics, she had done her share of public service and it was time for a new person to represent Waitaki.

"I went into Parliament to fight my corner for the South, and I absolutely made that my reason for being in Parliament.

"Going back, even when I ran for council it was because it was my community and I wanted to make a contribution and it was the same in Parliament."

A former professional actor who became well-known as a presenter of the children’s programme Play School, Mrs Dean moved into politics as a Waitaki district councillor.

In 2005, she was selected as the National candidate for the former seat of Otago, going on to defeat current Environment Minister David Parker in that year’s general election.

In 2008 she won the newly constituted Waitaki seat and has held that seat in every subsequent election, securing a 3281 majority in the 2020 Labour landslide, despite National losing the party vote.

After serving as commerce and consumer affairs minister in the last National government, Mrs Dean has most recently been her party’s conservation spokeswoman and has been an assistant Speaker, a role she has greatly enjoyed.

Mrs Dean was unwittingly caught up in the leadership tumult in her party late last year when then leader Judith Collins used an historical and since-resolved complaint by Mrs Dean about another former leader, Simon Bridges, as a reason to dismiss him.

Mrs Dean said she was happy with the party’s new leadership team of Christopher Luxon and Nicola Willis and believed that they would win the next election.

"National is once again united and focused on winning the next election, so I feel it is exactly the right time to step aside and make space for some new blood to come in.

"There is a lot to be said for experience, but I also have great faith that whoever is selected as their candidate by the Waitaki electorate will have all the qualities that they are looking for."

Waitaki is one of the largest electorates in New Zealand and Mrs Dean said that while she loved touring her patch, it could be exhausting.

"That was a factor, Waitaki is almost twice the size now as it was when it was Otago and even then it was big enough," Mrs Dean said.

"I do find myself pulled in many different directions all at the same time and the pull of home is getting stronger, particularly with the demands of growing grandchildren as well."

Mrs Dean said that while she was retiring from politics, she was not retiring.

She was committed to seeing her term out, and said she still had a great deal of work she wanted to achieve in politics.

To that end, politics had one last gift for Mrs Dean yesterday: her member’s Bill to increase penalties for biosecurity breaches was drawn from the member’s Bill ballot.

"I’m not going to take a back seat ... I am still working on what National can bring to the table in terms of conservation," Mrs Dean said.

"In New Zealand we are facing a loss of biodiversity and I think that the next government needs to rise further to that challenge."