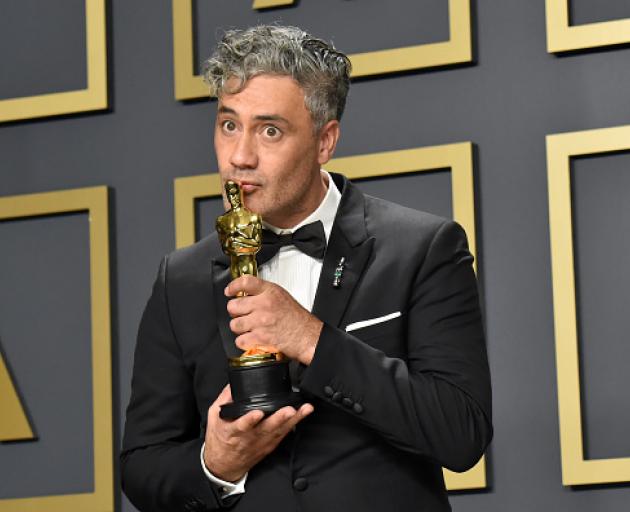 The star sat down with the BBC to talk about his lockdown experiences. Photo: Getty Images
Taika Waititi has been in lockdown in Los Angeles with his two children and says he's had enough of homeschooling.

"I've just let all of my rules and everything that I wanted to set up go out the window," he told the BBC.

"So my message is, don't worry, we're all losing it and we're all giving up.

"I cannot be a school teacher as well as write all this other stuff and work on all these other things. I just can't do that."

The Oscar-winning director revealed what he's been up to when he's not working on "all this other stuff" - scripts for upcoming movies Thor, Star Wars, and a remake of Charlie and the Chocolate Factory.

He's also worked on a fundraiser for essential workers, with a star-studded reading of James and the Giant Peach including Benedict Cumberbatch, Chris Hemsworth and Meryl Streep.

The project raised $1.7 million, he says, and kids loved it.

"It's sort of nice for the parents to go, 'Oh look, it's so-and-so reading some passages and putting on funny voices', but kids I think get more engaged in the story."

"I'd like to think we're getting better," he said in response to whether he thinks New Zealand is a racist country.

"I've just fronted another two [anti-racism] campaigns. This new one that's coming out is quite an intense experience. it's an audible experience. You go into the site and experience what is daily racism in New Zealand for most people."

He also teased his new Thor: Love and Thunder film, saying it's going to be "really good".

"We've finished, we've been writing the script off and on for over a year and I'm just actually this week doing another pass on it. It is so insane and it's also very romantic.

"I'm into romances now. I just want to make a romance. I want to make something that I've never done or never cared for. I would like to attack something like that."