The free concert in Botanic Gardens on Sunday to mark the quake anniversary went ahead as an online-only event after Christchurch went into alert level 2.

The free concert, Ōtautahi Together - headlined by Bic Runga - was the conclusion to the week's commemorations marking 10 years since the earthquake.

But with the new Covid-19 alert level changes starting on Sunday morning, the event went online.

Mary Richardson, who leads Christchurch City Council's Covid-19 incident management team, asked people to not come to the Botanic Gardens for it.

Runga performed a song she wrote to mark the 10th anniversary called No One walks This Night Alone, for the first time.

"I wanted to write something that was both solemn and hopeful," she said.

"I know the people of Christchurch and so many people around the world have suffered a collective trauma as a result of the earthquake, and it's been a really long road.

"The 10-year anniversary of the event was an opportunity to take stock of their journey, while of course never forgetting those who died and everything that was lost," she said. Bic Runga headlined the concert. Photo: Wikimedia Commons
She said the title of the song, No One Walks This Night Alone, was inspired by the images of the first night following the earthquake.

"The message of the song, even though the verses are anguished, is that we are all in this together collectively and that love is what gives us the strength to overcome great adversity.

"No one should feel alone in the anguish that has occurred, this is something that has happened to us together.'" 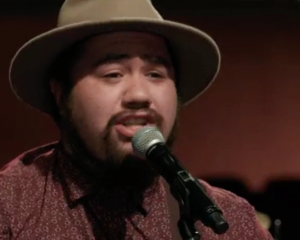