Andrew Martin of Nelson was a highly regarded kayak maker and champion of the sport. Photo / Richard Ussher
Well-renowned kayak craftsman and kayaker Andrew Martin has been killed in a multiple-car crash near Nelson.

Tributes from friends and fans have been posted on social media since Sunday's crash on State Highway 6 near Whangamoa that also left his daughter critically injured.

Four vehicles were involved in the 3.35pm pile-up which has seen police launch a "significant" investigation involving not only the serious crash unit but also detectives in CIB, Stuff has reported.

As police urge any witnesses to come forward, shockwaves of Martin's death are quickly spreading.

Ussher posted his heartache of Martin's death on Facebook, writing "Lost for words to hear of the tragic passing of Andrew Martin. A true friend. Rest In Peace mate".

Ussher today told the Herald he'd known Martin for almost 20 years after he had moved to Nelson from New Plymouth.

"All round the country, especially in the paddling and multisport communities, he touched a lot of people and obviously he was an exceptional athlete in his own right as well.

"He certainly leaves a big hole in those communities and leaves a pretty amazing legacy to the sport as well."

Martin set up Andrew Martin Kayaks in New Plymouth, then went on to Legend Paddles, before forming with Ussher to create Flow Kayaks, which they had since sold.

"I think for a lot of people that's where their recognition of him comes from, the Andrew Martin kayak days, Legend Paddles and Flow Kayaks and all of that, so there's a lot of people out there using products that he designed and built.

"He was an amazing craftsman."

On Flow's website it said Martin had "competed in nearly every competitive kayaking discipline including representing New Zealand in Slalom, Wildwater racing and Marathon".

Flow Kayak's co-owner Chris Stagg said although he didn't know Martin too well personally, there "has been no one else in the multisport industry that has done or innovated as much as he has in the last 30-odd years".

"Pretty much all of the kayaks and paddles that we paddle with today came from his innovations and designs and that's through persistence over the years."

He said Martin became involved in the crafting and design of kayaks after punishing them so much in his sporting career back in the 70s and 80s that they would break after a few weeks.

"That level of racing ... on grade 4 rapids ... he would chew through boats. He would just break a fibreglass boat and then repair it to the point it couldn't be repaired.

"That's how we got good at the sport ... he made his own moulds and that's how he got good and everyone else started buying them off him too and that's how his business started. He's been the biggest manufacturer of all time in multisport, and certainly with the Flow boats that's just the pinnacle of his innovation, really."

The crew from Legend Paddles also paid tribute on Facebook, stating: "This is one of those posts I never thought I would need to write and I have been struggling for hours of how to put this into some form of cohesive writing."

"[Sunday] the original Legend himself Andrew Martin was tragically taken from us in a car crash. Andrew was a sensational athlete, a master craftsmen, a father and great friend. I will treasure the times on and off the water with him.

"My thoughts go out to his family first and foremost, and secondly to the wider kayaking community especially in the Taranaki and Nelson regions."

Other friends wrote: "An absolute tragedy. A talented man, an amazing athlete and a great father," and "Very sad news. Andrew was a great guy always happy to help out with a few kayak skills. Sending my love to all his friends and family." 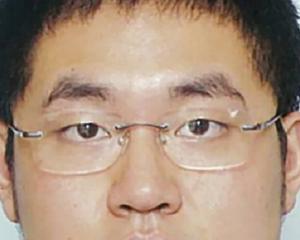 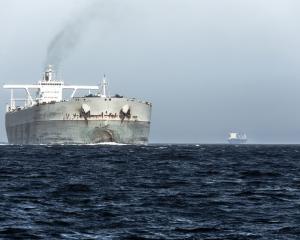 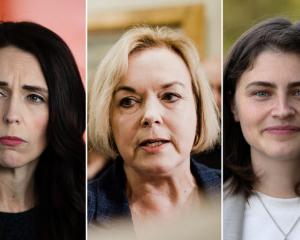