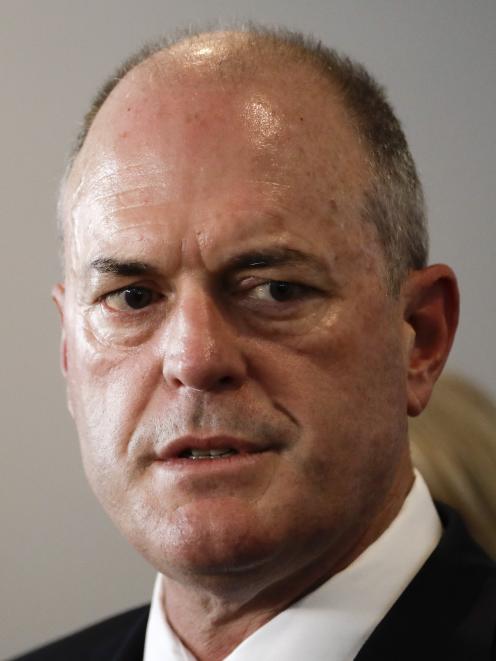 The Government has criticised National’s handling of the scandal, but party leader Todd Muller believes it has been "well managed and transparent".

Mr Muller said he learned on Tuesday Dunedin list MP Mr Woodhouse had been sent patient records, but he believed it was a "distinctly different issue" from Hamish Walker, whose career is now over.

Mr Walker leaked the information, but Mr Woodhouse did nothing with it, Mr Muller said.

Mr Walker admitted on Tuesday evening he was behind the leak of patient records to media. His source was former party president Michelle Boag.

Mr Woodhouse said yesterday he had told Mr Muller that he had also been sent details by Ms Boag.

But the next day, Mr Muller was asked if he had checked whether Mr Woodhouse had received similar information.

Mr Muller said he believed the information Mr Walker leaked was different from what Mr Woodhouse had received, so they were separate issues.

"From my perspective, what Hamish did was unacceptable and that was well canvassed. With respect to Michael, when I got that question I was looking at it through the lens of the information that Hamish received."

However, he acknowledged he could have answered the question better.

"I could have put it clearer but that was the distinction in my mind when the reporter asked the question."

Mr Muller rejected it was a lie by omission.

"I was the one that made sure that we made [Mr Walker’s confession] public on Tuesday ... actually, from my perspective, we have been well managed and transparent about it."

Yesterday, Ms Boag quit the National Party after dedicating much of her professional and personal life to supporting it for almost 50 years.

Ms Boag admitted she also sent patient details to Mr Woodhouse because it was her "distorted view" that sharing it would help the National Party.

Ms Boag said the patient data was sent to her company email address because she was the acting chief executive of the Auckland Rescue Helicopter Trust. The trust later said she should not have had access to patient information in that role.

Mr Woodhouse said that before he was sent the information last month, Ms Boag called him to say she "had some information around Covid that would be helpful to me" and asked for his private email address.

He said he opened one email, saw it was patient information and "clearly there was nothing that I could benefit from and I did not use it".

Ms Boag sent him three more emails between June 21 and 25. Mr Woodhouse said he did not open these, as he was away from his Dunedin electorate office.

"It was purported to me as being information that had been circulated widely among health agencies responding to Covid-19," Mr Woodhouse said when asked why he had not alerted authorities after he received the information.

Mr Woodhouse said the delay in releasing that information publicly was due to him wanting to first discuss the matter with Michael Heron QC, the lawyer engaged by the Government to investigate the privacy breach.

Last Saturday, it was revealed details of the then 18 active Covid-19 cases had been leaked.

"She contacted me to say, ‘I know you’re not the source of the leak because the information is different’," Mr Woodhouse said.

He said it "never crossed my mind" Ms Boag was behind the publicised leak, as he understood the patient information was widely circulated around various health agencies.

State Services Minister Chris Hipkins said it was clear the National Party had been provided with a lot of information it had chosen not to share.

He said that when Labour was in opposition, it had in some cases informed the National government, including one case involving Dunedin MP Clare Curran, about privacy breaches before going public.

Ms Curran became aware of a vulnerability in an IT system that meant people’s details were available.

"She reported that to the Government, gave the Government an opportunity to fix it, and then after that was done went public with the information.