Covid-19 Response Minister Chris Hipkins says there are no positive cases in the community or MIQ to report as Wellington adjusts to life in alert level 2 after an infected Australian tourist visited last weekend.

The Wellington region moved into alert level 2 at 6pm on Wednesday - after a Covid-19 positive man from Sydney visited 13 locations in the capital, unaware he had the virus, last weekend.

Since yesterday, about 7000 tests have been processed including more than 1200 in Wellington region - four times more than usual.

Hipkins said there had been no Covid community or managed isolation cases to report today but cautioned: "it's still early days".

There is concern the virus could be anywhere in New Zealand, due to the high transmission rate of the more contagious delta variant and fact many people moved in and out of Wellington over the weekend of June 19 and 20. The variant would be known later this afternoon.

Hipkins said the Government is still waiting for the genomic sequencing results from Australia and as soon as it gets the result this will be shared. He said there had been good, fast and efficient flow of information in both directions between Australia and New Zealand.

A total of 360 flights have departed from Wellington, both domestically and to Australia, since June 19 - the day the infected Sydney man arrived. The man's partner, who he travelled with, is asymptomatic and tested negative for Covid.

Sydney recorded 16 new cases of the virus on Wednesday, taking the total number linked to the Bondi cluster to 37. The Sydney man works in a healthcare workplace near Bondi Junction and had received one dose of the AstraZeneca vaccine about 10 days ago. His partner had one dose also. 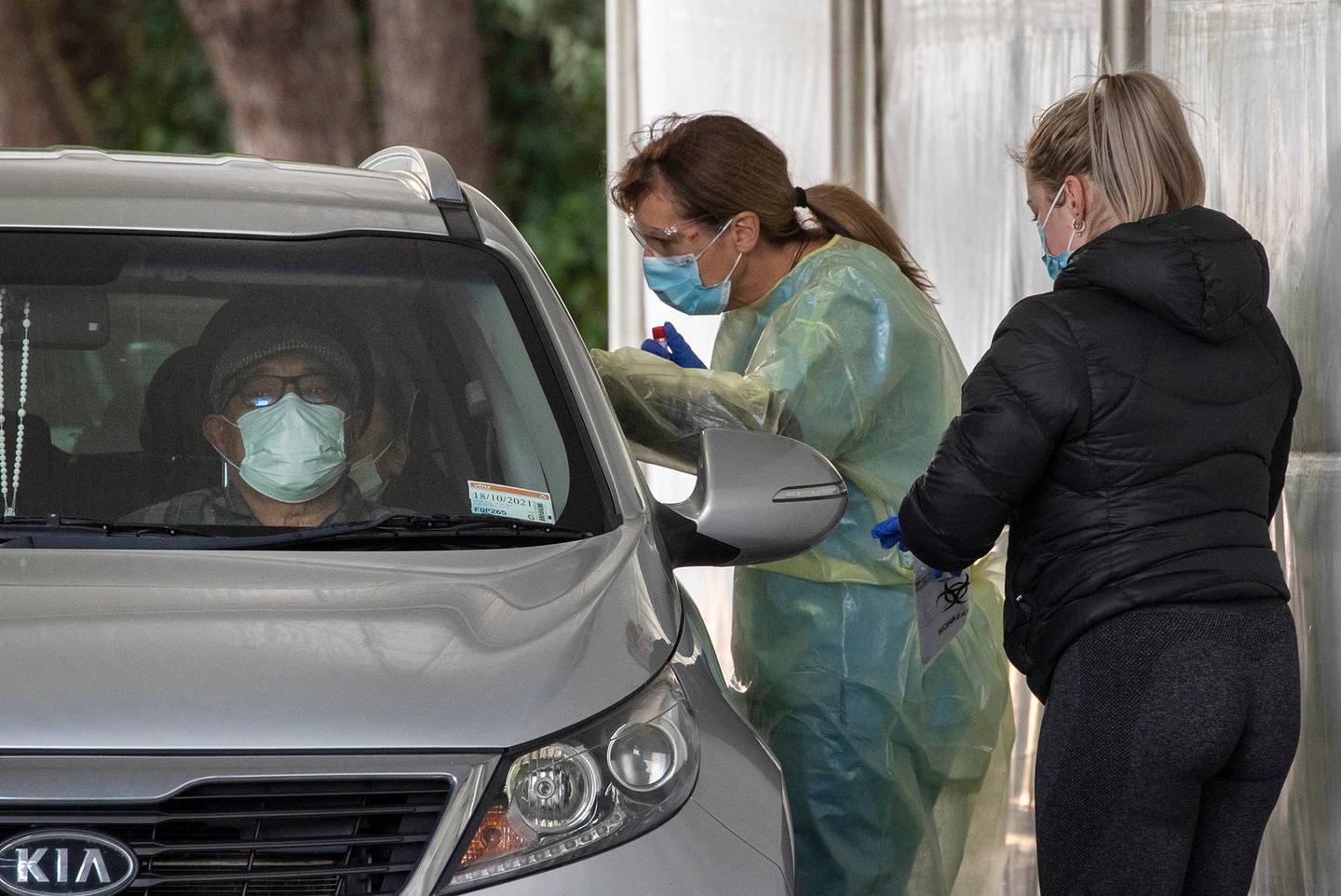 The restrictions for the Wellington region - including Wairarapa and Kapiti Coast - will stay in place until 11.59pm on Sunday. Hipkins said the move was not a lockdown, and the measures at alert level 2 were in place to allow contact tracing.

The number of close and casual contacts is expected to increase as that effort continued. The results of that would help with Cabinet's review of the situation on Sunday morning. No further decisions unless there was a need to escalate would come until Sunday.

Yesterday was also the fourth-biggest day for calls to Healthline, Hipkins said. There was expected to be further high demand for testing with additional testing centres set up.

If people could not get a test today they were advised to stay home and isolate, he said.

New Zealand would be looking at including other states in the quarantine-free travel pause if travel continued with New South Wales, Hipkins said.

The epidemiological link has been confirmed to the cluster in Sydney, Director-General of Health Ashley Bloomfield said today.

Wastewater testing for Wellington was taking place and results would be known on Friday.

"As learned from Auckland experience the people who need to be tested are the ones who should be tested," Bloomfield said.

There were 420 contacts attached to the contact tracing database who were in locations of interest at the same time as the Sydney man, including 58 who were on the flight to New Zealand. All those on the flight were close contacts.

Bloomfield said colleagues in Sydney said the Sydney man was being "very helpful". They had been using the contract tracing app. About 60 people received a push notification yesterday as a result.