Dance-O-Mat on the move

0 Comments
Christchurch's coin-operated Dance-O-Mat is on the move again after more than 10 years in the central city.

It’s been the site of many late-night dance parties, even Prince Charles and Camilla famously turned up with their dancing shoes on.

With construction of the Performing Arts Precinct well under way, organisers need to spend $40,000 to repair, upgrade and relocate the dance mat from its' Gloucester Street location. But it needs the public's help to do it.

The original project was the brainchild of Gap Filler, a local organisation which emerged from the rubble of the 2011 earthquakes to create interactive projects and events in vacant public spaces.

The charity has put $15,000 of their own money towards the project, and launched a crowd-funding campaign earlier this month to raise the rest.

Gap Filler Co-Founder Coralie Winn says Dance-O-Mat is a project that has a really wide appeal because dancing is universal.

She says it's very simple, very funny and playful that there's a washing machine you put money in.

Dropping a $2 coin into a modified washing machine gives groovers 30 minutes of lighting and sound entertainment, controlled via their own bluetooth devices.

Winn says the dance mat has been a big experiment and a lot of learning and research has come out of it around how if you create a certain space in a city, it can work and how it will impact upon the people, but also upon the city as a whole. It's just one of a number of projects Gap Filler's created over the last decade to liven up the central city.

She says Gap Filler's aspiration is to make Christchurch known as the capital of urban play in the southern hemisphere.

The team have until this week to raise the final few thousand dollars of their target.

Donations to the Boosted Campaign can be made at www.boosted.org.nz/projects/dance-o-mat 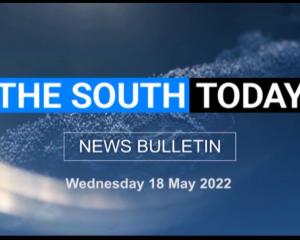 The South Today bulletin: Wednesday, May 18 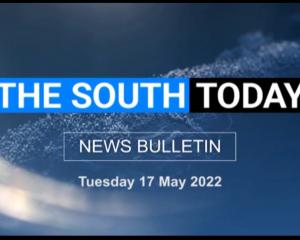 The South Today bulletin: Tuesday, May 17 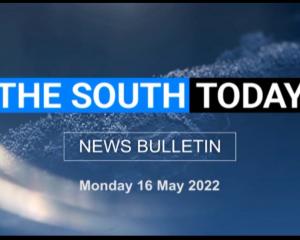 The South Today bulletin: Monday, May 16

The South Today bulletin: Monday, May 16