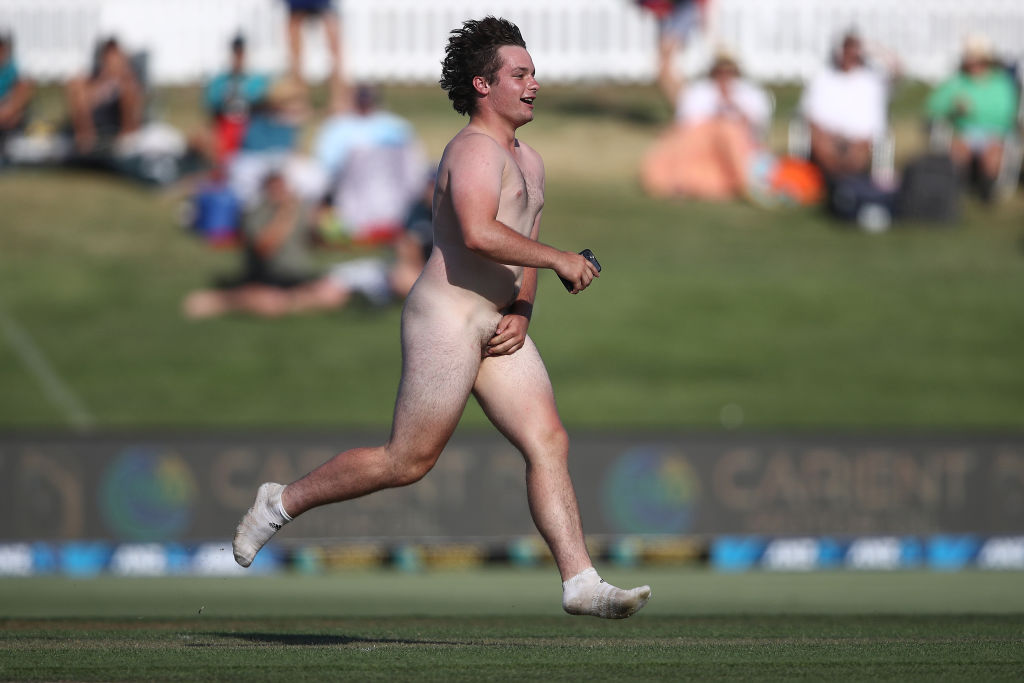 As Black Caps skipper Kane Williamson was taking guard, the game was stopped as the naked man side-stepped security in front of the Bay Oval crowd.

Some fans suggested the break in play was responsible for Williamson, who ended the day on 94, not reaching his 23rd test ton on on day one.

The streaker filmed his run and released it on social media.

Meanwhile, a fan who streaked at Dunedin's Forsyth Barr Stadium in June said it was "the best feeling" despite having to show up in court later that week.

Flintoff was unofficially christened the first post-Covid streaker in world sport in what was the first top-class rugby match to be played with crowds since the worldwide sporting shutdown.