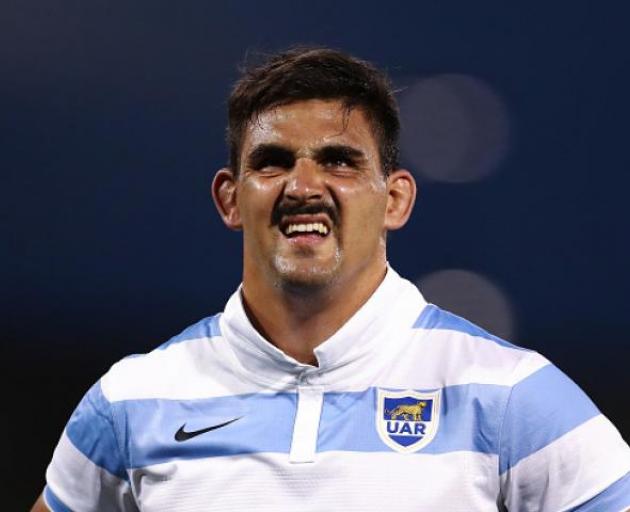 Matera, who plays in the French Top 14 for Stade Francais, has signed a one-season contract for the Crusaders and will link up with them next season.

The owner of over 60 caps for Los Pumas, Matera will add some considerable heft to the Crusaders back-row stocks that this season has consisted of Cullen Grace, Tom Sanders, Ethan Blackadder, Tom Christie, Whetukamokamo Douglas and Sione Havili Talitui.

"We know Pablo is keen to get back to playing Super Rugby, and we're excited by the prospect of him joining us here in Christchurch in 2022," said Crusaders chief executive Colin Mansbridge.

"We are still working through the finer detail of this with Pablo and his agent, but we look forward to welcoming him in to our environment once that is complete."

"Pablo is one of the premier loose forwards in world rugby. He's a skillful and tenacious player with genuine leadership qualities, who has impressed us with his physicality and work ethic.

"We're really excited about him joining us next season, and sharing his experience with our young loose forward group who are learning their craft."

The Crusaders would have had to account for Matera's controversial past when negotiating the deal.

In 2020, Matera was stripped of the Argentine captaincy and suspended, along with two teammates, over old social media posts which had been deemed "discriminatory and xenophobic".

One tweet translated to: "SOUTH AFRICA baby! I'm finally leaving this country full of blacks ouch", while another said "Today is a good day to get in the car and drive over blacks."

Matera issued an apology via Instagram after the tweets emerged.

"I had a tougher time. I am very ashamed. Apologies to all those who were offended by the atrocities I wrote," he said.

"At that moment I did not imagine who I was going to become. Today I have to take charge of what I said 9 years ago.

"I'm also sorry to my team and my family for the moment they are going through my actions and thanks to the people who love me for their support."

Matera became a national hero when he led the Argentina team to its first win over the All Blacks in November, and many saw the sanctions handed out as being particularly lenient as he returned to the team shortly after and was reinstated as captain.