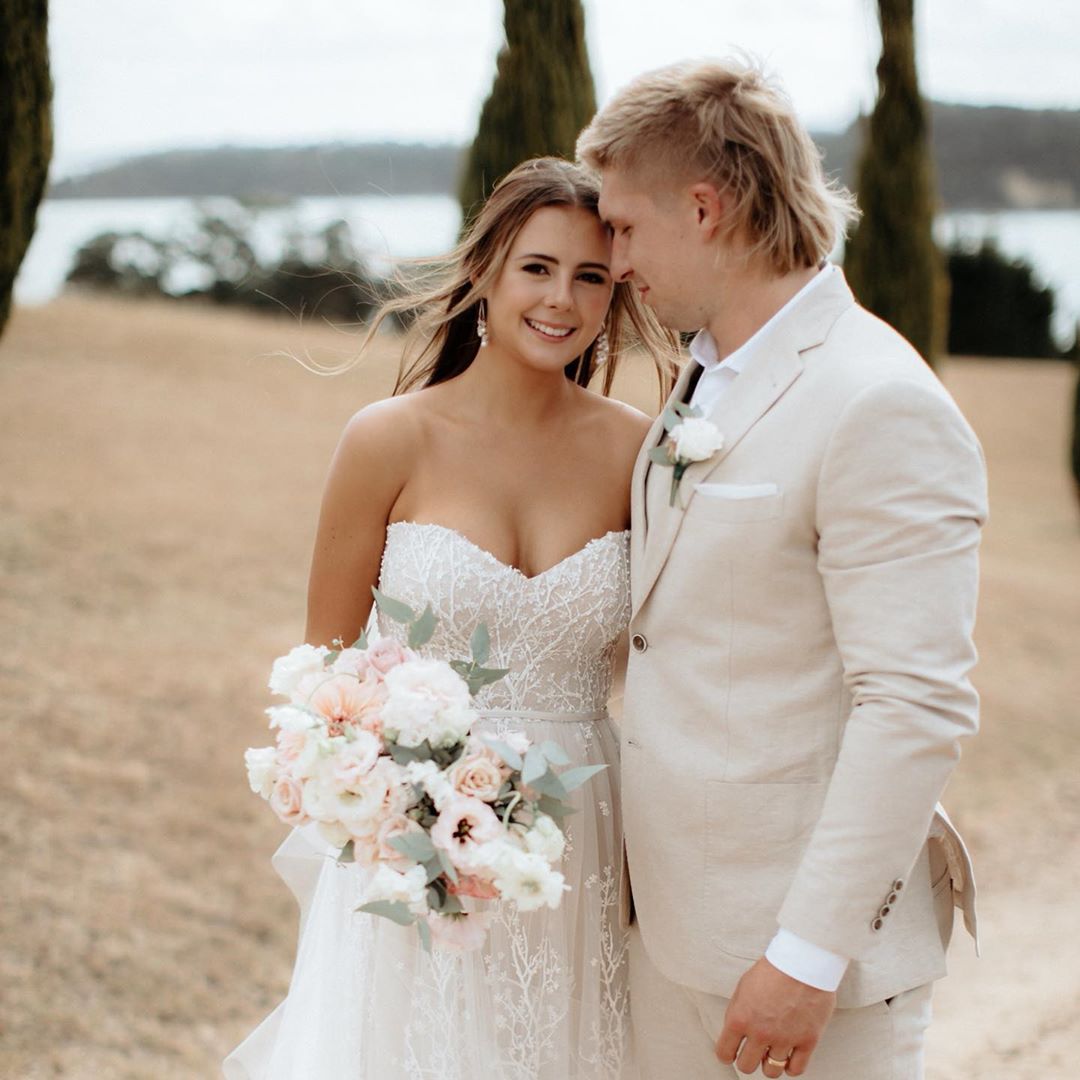 The rugby player took to social media to share the happy news.

“Last month I married the most amazing woman,” he wrote on Instagram.

“She makes me laugh and brings out the best in me. Now we get to spend the rest of lives together.”

Last year Goodhue grew a mullet, along with fellow All Blacks including Brodie Retallick, Sam Cane, and Beauden and Jordie Barrett.

While Beauden Barrett’s was gone well before his 2019 January wedding, Goodhue kept his for his big day.

“Brodie Retallick was my inspiration for it [the mullet]. And then he left me in the dark I tell you what,” he joked during an interview with Radio Sport Breakfast.

He announced his engagement from Kawakawa during a break from playing for the Crusaders in April last year, posting to Instagram: “Kept the training up over the bye week with a few lunges #shesaidyes.”

The young Christchurch-based couple, who reconnected in 2018 after both having attended Auckland’s Mount Albert Grammar School, have a love of the outdoors, walking, and share a firm religious faith.