Opinion: Ian Foster is no match for Razor Robertson 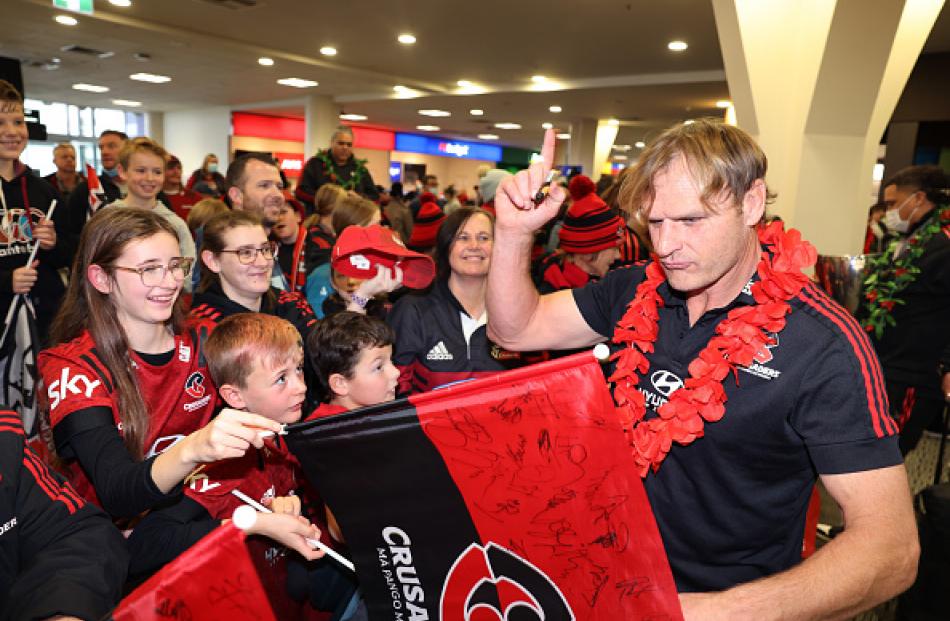 And that's why New Zealand rugby is going to be a lot less colourful between now and January, when Robertson will resume transmission with the Crusaders.

I was reading today that he'll be having some knee surgery between now and then and, because of that, he'll be spending quite a bit of time on the couch thinking about rugby.

The fact he needs a knee operation makes the breakdancing on Saturday night even more remarkable, doesn't it? I just smiled big time when I saw him busting the moves at Eden Park on Saturday night. I do every time - I think it's brilliant. It's why people love him. He's in the moment.

And so when Scott Robertson is on the couch at home recovering from the knee operation, we know he'll be thinking about rugby and next year's Super Rugby season. As he's quoted saying today in the news today: "I don't stop". That's what he says about himself. He's thinking ahead all the time.

And he doesn't just think - he thinks deeply. This is why we saw the Crusaders decimate the Blues in the Super Rugby Pacific final at the weekend.

As Blues coach Leon MacDonald said after the game, it was as if Razor had seen the Blues game plan and knew exactly what needed to be done to pull it apart. Because that's exactly what the Crusaders did.

And so the Blues are licking their wounds and Razor is already thinking about his plan for next year.

Here's how Crusaders captain Scott Barrett describes it, "In the off-season, that's when Razor gets his beautiful mind working. I'm sure he'll be thinking up plans of how we can get better next season."

Especially, when we're talking about someone I think could easily be described as the best rugby coach in the world right now. The very best. That's what Razor is.

And what do we do with the best coach in the world? We park him up for the next six months and put what some might describe as a "safe pair of hands" in charge of our national rugby team.

Although, after last year, I'm not even sure we can call Foster a safe pair of hands anymore. This is why I was delighted to see a piece in the Herald this morning by Cameron McMillan, Deputy Head of Sport, saying that Foster needs to get on the phone to Scott Robertson and ask for some help. 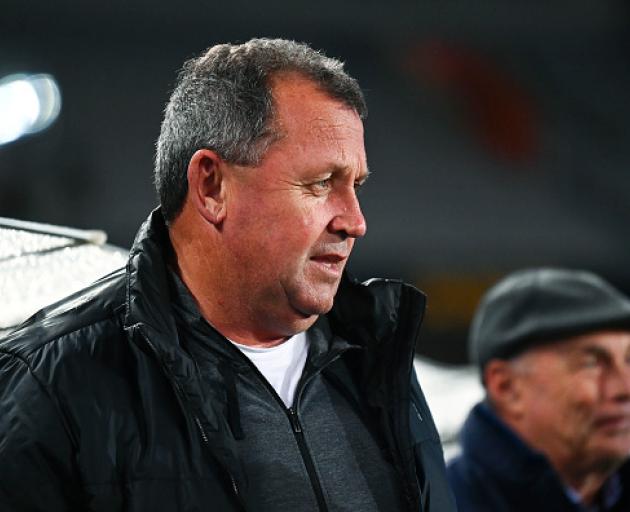 Ian Foster. Photo: Getty Images
He's saying that the more Super Rugby titles the Crusaders win, the worse the decision to give Ian Foster the All Blacks coaching job instead of Scott Robertson looks.

McMillan says Robertson may have been asked already and he may have said no, but New Zealand Rugby needs to get him involved in the All Blacks in some way, shape or form ASAP. And I couldn't agree more.

He says Razor has a brilliant rugby brain and it's wasted between July and January. Again, I couldn't agree more.

Scott Robertson is signed up with the Crusaders until 2024, but has an option to leave if he misses out on the All Blacks job after the World Cup next year. And it was to his credit, wasn't it, that he didn't up-sticks when he missed out on the top All Blacks job last time.

And Canterbury rugby has been the richer for it.

But don't expect him to stick around if he doesn't get the gig next time. Why would he? He's the best rugby coach in the world - he could go anywhere he wants.

Which is why I can't believe New Zealand Rugby isn't going all out to get him involved in the All Blacks as soon as possible.

The thing is, though, there seem to be plenty of people around the country who don't think he's the person for the job because he's not serious enough for their liking.

This all started to come through on social media at the weekend. They don't like the breakdancing. They don't think he takes it all seriously enough to be in charge of the All Blacks.

There were people online at the weekend saying the breakdancing was childish and they were embarrassed by it all. Not the sort of thing you'd want to see on the world stage. How sad is that?

But I'm with Sir John Kirwan who said after the game on Saturday night that he loves Scott Robertson for the way he wears his heart on his sleeve.

You see it at games. But we also saw it the other week when Razor got very passionate talking to media about the Christchurch stadium issue. He's got heart.

Which comes through big time in the way the Crusaders play. Have you noticed how sometimes when the Crusaders are playing, they look like they're throwing a ball around at a park or in a backyard?

They're machines, but they're having a great time as well. And that is infectious. And that is what success looks like and that is why I have no doubt that Scott Robertson could be the greatest All Blacks coach we've ever seen - if New Zealand Rugby and some rugby fans get over themselves, and stop being scared of someone who is a bit different than everybody else.