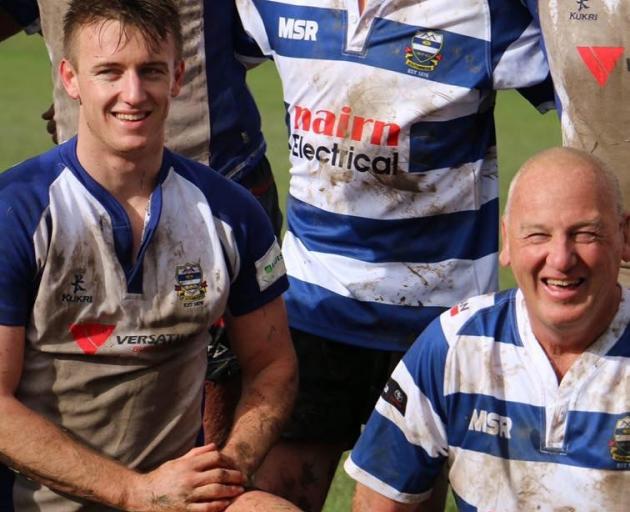 “It was a bit of a bloody shock actually,” he said.

“I turned up to the AGM and I wasn’t dressed right at all, I had my jandals on.”

Palmer started at the club at seven-years-old in 1971 and worked his way through the grades and played more than a decade of senior rugby starting at 1982.

“Back then we never kept count of the games but I think we all agreed I played more than 200 senior games.

“I played all over the loose forwards, usually No 8 and spent a bit of time at hooker.”

He said winning the Coleman Shield in his first two seasons was a highlight and then he was manager of the Southbridge team and watched his son Luke lift the trophy earlier this year.

Palmer said he was fortunate to have a supportive family who were just as keen on rugby as he is.

“They’ve been the ones who have allowed me to spend as much time as I do at the club. In fact I think they wait for winter so they can get me out of the house,’’ he said

The 55-year-old has held almost every position in the club over the years.

He was club president in 1999 and 2000 and has coached numerous JAB teams as well as the division two team to victory in 2016.

He still laces up the boots for the golden oldies team and the annual married versus singles game.

“I’ve been bloody lucky with all the teams I’ve coached we’ve had good players and I’ve mostly been in the play-offs each year.

“Last year, the div 2 boys were short of players and I thought about going home and getting my boots.

“The brain is willing, the body not so much.

“The people in the club are extremely passionate and there’s a good culture across the club and it certainly keeps me motivated.”

Palmer said with the club’s 150th just seven years away, he had no plans of slowing down and even had to handle a joke from a fellow Southbridge stalwart.

“Michael Sheat asked how long I was going to stick around and I said for as long as he keeps playing.

“I’ll stick around for as long as I can because I love it.”