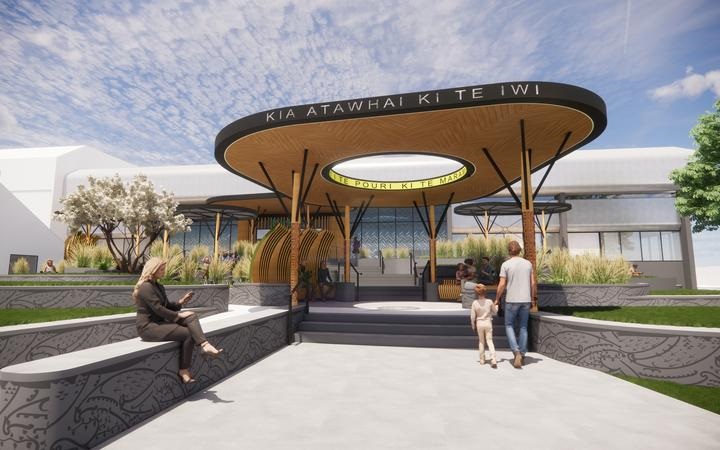 The foundation has so far raised $3.15m for the unit, which will be housed in the former Canterbury Linen Services building on the outskirts of the Hillmorton campus. Image supplied
A charity raising funds for a new mental health outpatient unit for Canterbury children and teenagers has been given $1 million by the New Zealand Community Trust.

The grant means the Maia Health Foundation is more than halfway towards its goal of raising $6m for the unit in Hillmorton for young people up to the age of 18.

"Canterbury has been through so much in the last decade and the impact of that on the region's young people is clear," he said.

"We view this grant to Maia Health Foundation as a long-term investment in the health of Canterbury's and more broadly the South Island's most important asset - its children, young people and their families."

Data shows there has been a 140 percent increase in demand for child and youth mental health services in Canterbury since January 2018.

Most outpatients are treated at The Princess Margaret Hospital and Hillmorton Hospital campus, where buildings are old, run-down and unsuitable for modern treatment methods.

The Government turned down a Canterbury District Health Board request to fund a new outpatient unit in 2019.

Maia Health Foundation chairman Garth Gallaway said the $1m grant was a big step forward for the project, with the unit due to open in the middle of next year.

"It will provide hope and inspiration to the mental health staff who battle outdated buildings every day to support and care for our community's most vulnerable," he said.

Gallaway said the effects of the earthquakes, mosque attacks and the Covid-19 pandemic on young people's mental health was driving demand for services.

"The need is huge. The better our facilities can be then the better the outcomes will be for our young people. I'd like to think that the project was a pretty compelling one."

The foundation has so far raised $3.15m for the unit, which will be housed in the former Canterbury Linen Services building on the outskirts of the Hillmorton campus.

Maia has also released four images of the new outpatient unit for the first time, showing the exterior, entrance and reception area.