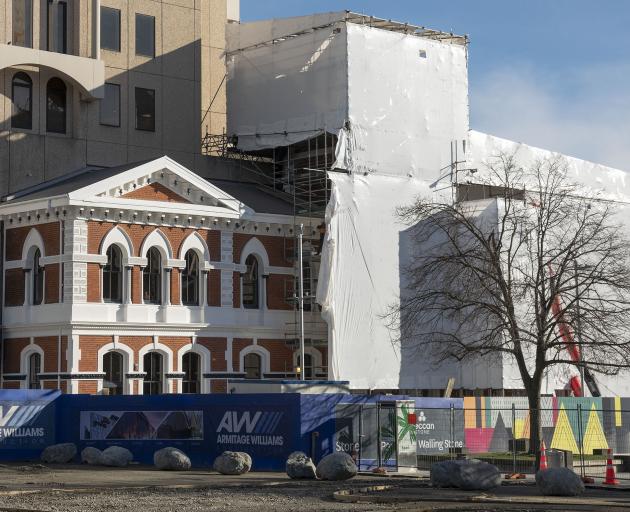 The new hospitality complex in Cathedral Square will open in December. Photo: Geoff Sloan
A crowdfunding campaign has been launched that offers Cantabrians a stake in a new hospitality and visitor destination.

In the lead up to the December opening of The Grand at Cathedral Square, an opportunity has opened for residents to get a slice of $2 million of shares.

Giving residents the opportunity to take some ownership of the city’s future was important for Darin Rainbird and Hien Bushell of The Grand Cathedral Square Ltd – a company they formed to run the complex.

“The philosophy from the beginning has always been about having a space for Cantabrians,” said chief executive Rainbird.

“We’d love the Canterbury people to join us on the journey of The Grand.”

The two-storey complex will include a vast outdoor area, with all businesses within the heritage building being run by Rainbird’s company.

With the facade nearly complete, Rainbird said the next task was to start outfitting the interior for the activities to come. 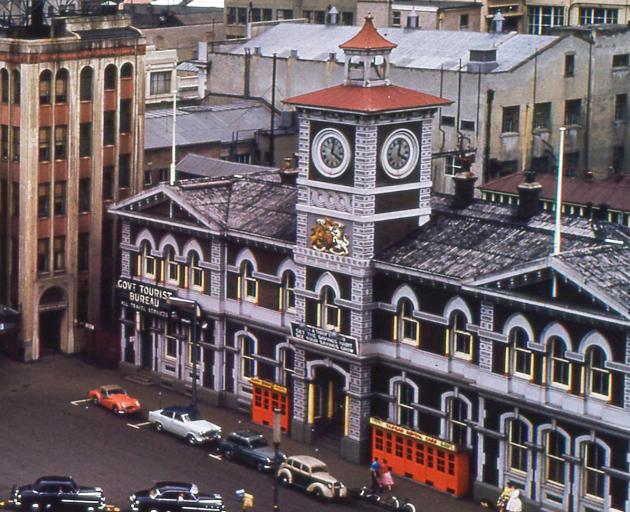 Outdoor dining areas will also accommodate a children’s play area and a fan zone to watch televised events, such as concerts or sports.

Said Rainbird: “We wanted to create a space for Canterbury to meet, greet, socialise, enjoy and play.”

The crowdfunding campaign enables residents to invest money into the company, which contributed to the initial $3.4 million build.

In return, depending on how much was invested, they receive shares in The Grand and added rewards, including up to $200 in restaurant vouchers and happy hour cards across all outlets. 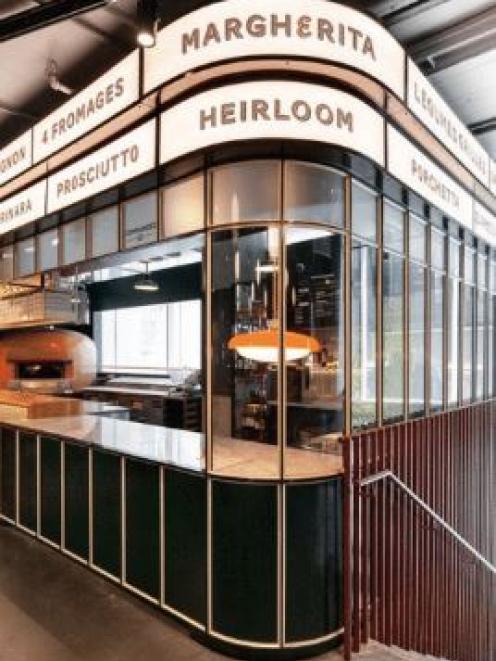 The Grand will feature restaurants, bars, cafes, bakeries and retail stores. Photo: Supplied
As well as this, if one was to invest $10,000, they will receive two weeks’ free advertising a year at The Grand’s featured owners area with high visibility and foot traffic.

“Most contractors involved are also investing in that they are swapping their normal margin for equity,” he said.

“This has allowed us to reduce the build cost significantly whilst adding great craftsmen to our team.”

Collett’s Corner in Lyttelton was an example of another project using a community crowdfunding approach to construct an apartment building with shared spaces, hospitality and a wellness centre.

But what was meant to be the country’s first crowdfunded commercial property development went up in smoke this year, with rising costs and slow apartment sales to blame.

In spite of using a similar approach, Rainbird had confidence in his team and in The Grand’s future because it is based in the heart of the city.

His only concern was if the country went into another lockdown.

“[Collet’s Corner] was a different kettle of fish, it’s all based around location,” he said.

“We’ve been extremely thorough with our financial forecast and I’m fairly confident in the team we’ve got.”