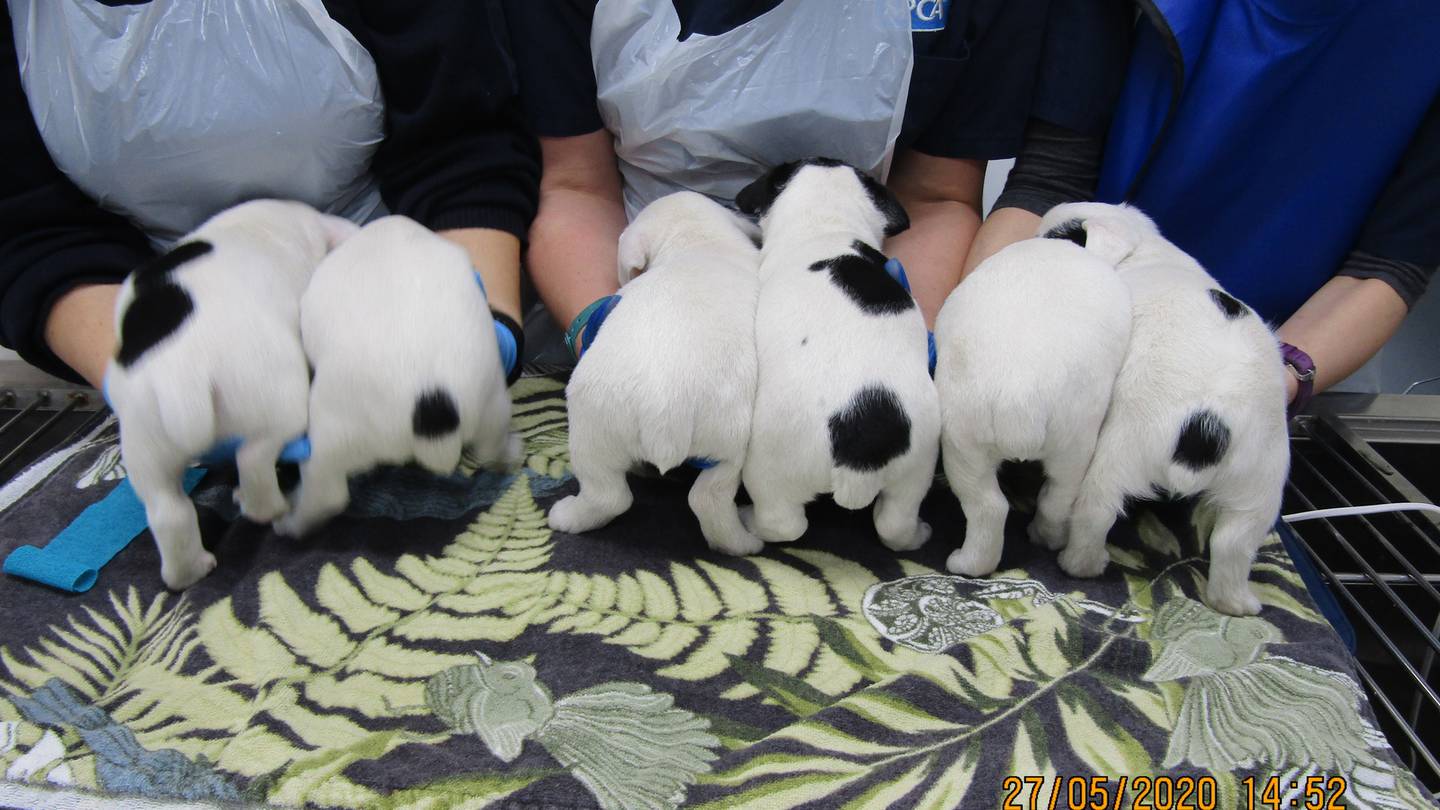 The puppies with their docked tails. Photo: Supplied via NZH
A Christchurch man who docked the tails of six jack russell-cross puppies has been fined $900.

Carlo De Regla was sentenced in the district court yesterday after being prosecuted by the SPCA. He was also ordered to $150 towards legal costs and $130 court costs.

SPCA was notified in May about a Trade Me listing advertising six jack russell cross puppies for sale, all with tails that appeared to be docked.

SPCA inspectors went to De Regla’s property and saw that all six puppies had shortened tails, some with tails longer than others.

The puppies were seized and a vet concluded that the puppies had tails that were amputated near the base. In October 2018, new animal welfare regulations came into effect banning tail docking, unless performed by a vet or student vet under supervision.

SPCA chief executive Andrea Midgen said tail docking is out of step with modern times, as is changing the body of an animal for cosmetic reasons or human preferences.

“Tail docking is a surgical procedure that should only be carried out if a dog’s tail is damaged in some way, and the dog must be provided pain relief,” she said.

“While tail docking regulations came into effect almost two years ago, SPCA is concerned to see that people are still carrying out this illegal practice.”

When interviewed, De Regala admitted he docked the tails when the puppies were two-days-old, and that he had used forceps and scissors. He said he hadn’t given the puppies any pain relief at the time of the procedure, because he didn’t think the puppies experienced any pain.

When asked why he had docked the tails, he stated he believed short tails looked beautiful. He also admitted he had docked tails before when he lived overseas and he was unaware tail docking was prohibited in New Zealand.

“This case highlights the dangerous ignorance of people who are performing home procedures on innocent animals.The defendant pleaded ignorance to this regulation, which quite frankly is unacceptable,” Midgen said.