'Community needs to know what’s going on': Push to improve intersection before it's too late

Community board member Andrei Moore says the Sparks Rd intersection improvements need to be prioritised. Photo: Supplied
Improvements to an intersection on Christchurch's busy Sparks Rd will not happen for another six years.

But moves are afoot by the Waipuna Halswell-Hornby-Riccarton Community Board to get the work done sooner.

Christchurch City Council says the Milns/Sparks/Sutherlands Rds intersection in Halswell has not been allocated funding until 2028.

But last year the community board received an email from the city council saying the intersection was likely to be improved this year.

The delay has frustrated Halswell Ward community board member Andrei Moore, who says the intersection is dangerous.

"What makes no sense to me is that it’s still not in the budget for another (six) years," he said.

"I don’t know what’s changed between last year and this year.

"We (the community board) struggle to get information from council. We really struggle with communication and transparency ultimately," Moore said.

His concerns and frustrations are backed by board chairman Mike Mora.

Mora says the intersection has been an issue for a number of years. He has suggested to city council staff that infrastructure for a new intersection layout be done before nearby development is finished. 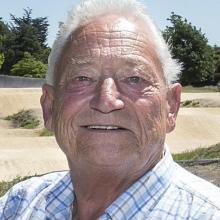 Mike Mora.
In the city council’s Annual Plan, there were 90 submissions from the public covering a range of issues with the intersection, including roading infrastructure, cycling infrastructure and footpath and streetscape.

City council records show two minor injury crashes and one non-injury crash have been reported at the intersection over the last five years, with the latest in 2019.

The intersection has a collective risk of low-medium, ranking No 345 in terms of safety against other intersections around the city, said a city council spokesperson.

"The statistics also don’t factor in the growth and increase to risk that is happening right now.

"Many residents don’t feel like it’s worth making a submission because they don’t feel like they’ll be listened to - and it’s not hard to understand why they feel that way," he said.

"The area overall is growing so quickly and this intersection is having a retirement village being built right by it as we speak, as well as a new preschool in the works."

A city council spokesperson said: "Council is in discussion with the developer on their future development, and the new intersection with Sparks Rd.

"A design for the intersection has not been completed at this stage."

The city council website states a total of 5934 vehicles were recorded on Sparks Rd - between Milns and Sutherlands Rd - each day during a survey this year.

Moore said: "The community needs to know what’s going on, when it will happen and that council’s committed to funding it, that’s what we’re asking for."