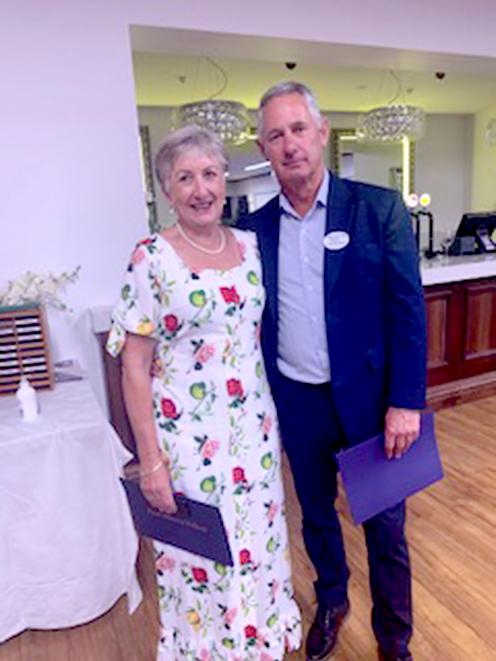 Julie and Paul McEwan’s determination to establish and maintain a Neonatal Trust Fund in Christchurch has been recognised by the Bishopdale-Burnside Rotary club. ​Photo: Supplied
Paul McEwan thought he was drumming up more support for the Neonatal Unit Trust Fund which has been close to his heart since the death of his two-week old son in 1990, when he addressed Rotarians in Christchurch.

And while his message resonated at the Bishopdale-Burnside branch community awards function on Monday, the former New Zealand and Canterbury cricketer had actually been invited to receive Rotary’s premier award, an accolade he shares with wife Julie.

The couple were presented with pins as recipients of a Paul Harris Fellow, an honour named after Rotary’s founder which is designed to recognise those who have made a significant contribution to their community.

McEwan, 66, was inspired to set up the trust after Brook died following heart surgery in Auckland.

The couple subsequently had twin boys Matt and Ryan, who also needed extensive medical treatment after they were born prematurely in 1991.

“Brook died in Greenlane (hospital) then Matt and Ryan spent 105 days in a neonatal unit, they were on oxygen for 95 days,” McEwan said.

“I was still actively involved in cricket then and I thought I’d like to do something rather than just write a cheque for something that goes nowhere.

“We formed a trust to support sick and premature babies, their families, nurse education and obviously to buy equipment required for the unit (at Christchurch Women’s Hospital) going forward.”

One of the first accomplished tasks was providing an incubator for use on the Christchurch rescue helicopter in the mid-1990s.

He was particularly proud to help establish New Zealand’s first Human Milk Bank at Christchurch Women’s Hospital in 2014, an initiative that treats, processes and stores surplus breast milk for mothers in need throughout the country.

The couple, who are not Rotarians, were nominated by Queenstown-based member Ricky Bennett.

“I was totally oblivious to what was happening. It was a special night,” McEwan said.” 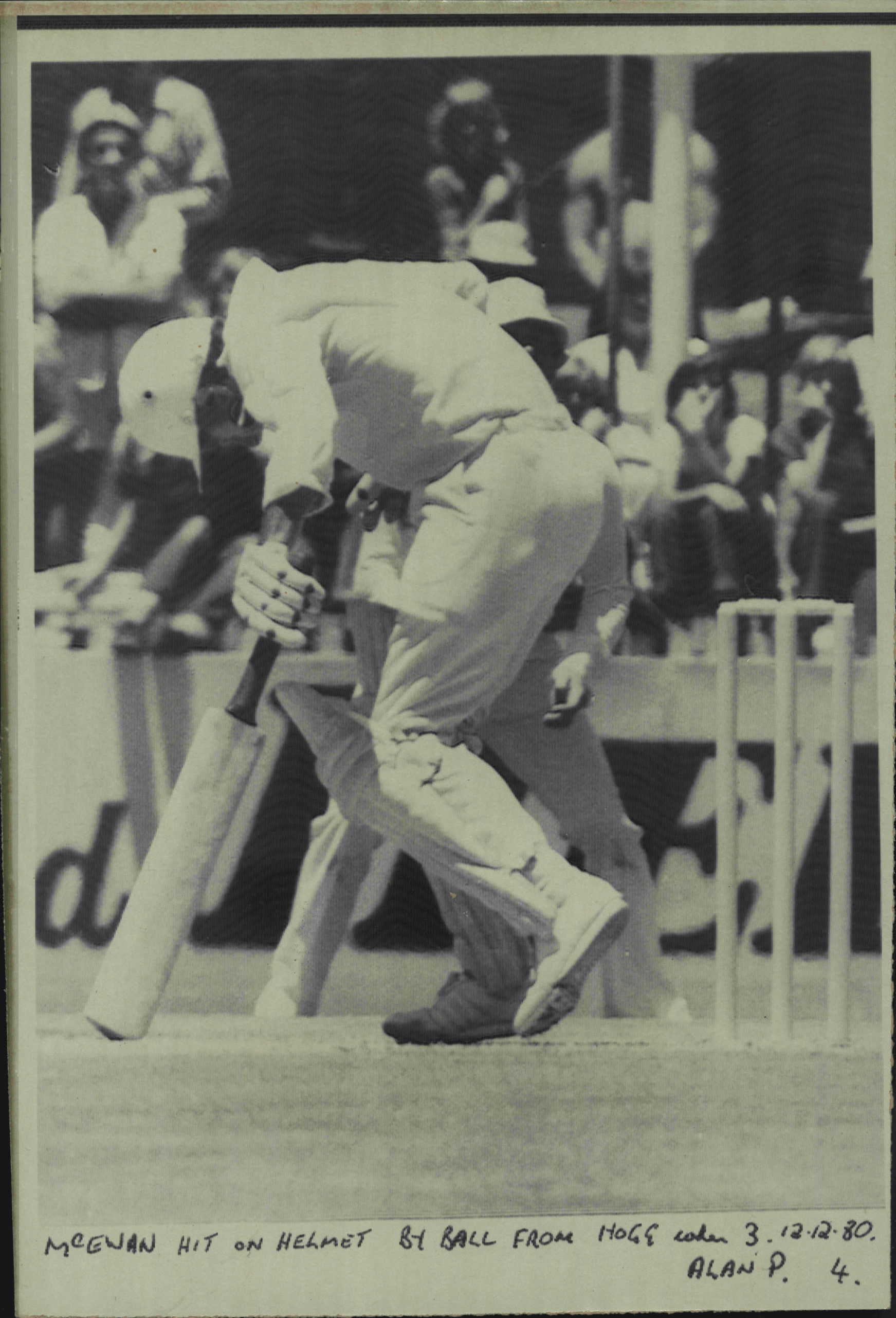 New Zealand batsman Paul McEwan is hit on the helmet by a ball from Rodney Hogg in the second Test in Perth on December 12, 1980. Photo: Alan Gilbert Purcell/Fairfax Media via Getty Images
McEwan, who played four tests for New Zealand plus 103 first class games for Canterbury between 1977 and 1991, has also maintained a connection with the sport through the Willows Cricket Club in Loburn, North Canterbury.

Since 2008 McEwan has taken seven groups of 13 promising youth cricketers to India or Sri Lanka to aid their development.

Current Black Caps Tom Latham, Henry Nicholls and Matt Henry are among those to benefit from the tours.

“It’s not an easy place to tour, the conditions are extreme, that’s why we take the boys there. It’s not like going to Australia. It’s a completely environment and they learn a lot,” McEwan said.

Julie McEwan occasionally toured as a surrogate mother for the boys, though her recognition was based on the trust and were work with the Special Olympics, Ronald McDonald House and as a volunteer driver for the Cancer Society.