Police deny claim they are not patrolling busy Chch roads

Residents have speed concerns about traffic on Cranford St. Photo: Supplied
Police are refuting a claim they are not adequately patrolling the Christchurch Northern Corridor and Cranford St.

Papanui-Innes Community Board member Ali Jones pointed the finger that prompted the board to ask police to target the area for speeding. 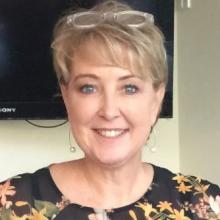 Ali Jones.
Jones and the board say speeding cars are contributing to the noise experienced by residents living along the two roads.

But Senior Sergeant Mike Jones said the area was already actively patrolled for speeding traffic and other issues.

"The area is already patrolled regularly by police and we will continue to do so," he said.

Jones said, in her experience, traffic was not keeping within the speed limits.

"What people are doing is not even five or 10ks over, there’s actually some really dangerous driving going on," Jones said.

Speeding traffic was a key cause of the ongoing noise issues in the area, and she thought reducing speed would help address residents’ concerns about this.

Low noise asphalt was scheduled to be installed on the CNC last month, but the project was pushed back and is now expected to be completed by April next year.

Waka Kotahi NZ Transport Agency said the delay is due to a hold-up in getting one of the key ingredients for the top coat, epoxy resin, shipped over from the United States.

Christchurch City Council data taken in May shows an average daily traffic count of 24,741 on Cranford St, between Innes Rd and Knowles St, with an average speed of 42km/h.

Jones said the community board is waiting for more traffic information but her impression is that speed is still a problem.

She questioned the location at which the speed data was gathered, saying people were speeding before reaching the 100km/h zone of the CNC.

"People roar along the motorway even before the QE II turn-off."

Winters Rd resident Alan Johnson said the noise was stressful for people who lived in the area, but the low noise asphalt was the only solution.

"If they slow [traffic] down I don’t think it will totally address the noise issue," Johnson said.