Graffiti on Northcote Rd. Photo: Geoff Sloan
The Covid-19 lockdown contributed to a rise in graffiti in west Christchurch, rather than the decrease seen in other parts of the city.

Christchurch City Council data showed a drop in graffiti reports in the Halswell Ward between July and August, from 45 to 15. However, both Riccarton and Hornby experienced a rise, from 64 to 100 and 21 to 28 respectively.

Hornby Community Patrol secretary Anne Smith said it did not seem that graffiti lessened during the lockdown.

The patrol began operating in level 2 but had yet to run its dedicated graffiti patrol, she said.

However, she said she had personally observed “a slight increase” while out and about.

Wycola Park stood out to her as a place where she had seen graffiti recently.

“You’d always hope that people would behave and not do it, but you are allowed to go out walking,” she said of the opportunity for graffiti under lockdown.

In north-west Christchurch, Harewood also experienced a rise in graffiti reports last month, but most areas had a decrease between July and August.

A graffiti report for the month of August the Fendalton-Waimairi-Harewood Community Board meeting agenda showed just 55 incidents were reported to the city council, down from 102 in July. 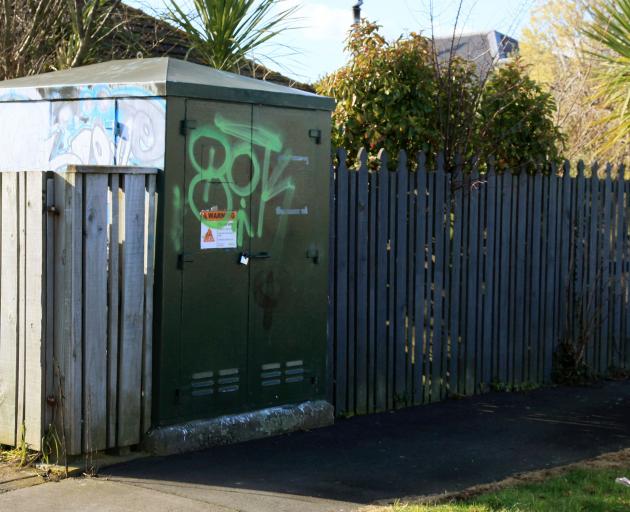 However, Harewood saw a rise in reported incidents, increasing from 18 in July to 26 in August.

City council manager of community partnerships and planning Gary Watson said the Covid-19 alert level 4 lockdown was a likely factor behind this, following last year’s pattern in the board area.

Considering Harewood’s rise, he emphasised that “five people could report the same graffiti at one site and it would create five incident reports.”

“We had reports of graffiti that required removal at the skate park and along the fence line at Bishopdale Park. This is a frequented area, even during lockdown when people were doing their regular exercise close to their homes.”

Although not included in the report, the city council confirmed that reports of graffiti in the Papanui ward also dropped, albeit slightly, from 57 in July to 55 in August.

In the Innes ward, the drop was more significant, falling from 50 in July to 29 in August.

However, the community patrol was back in action in alert level 2, and it seemed that the taggers were also back.

Across the wider patrol area, which encompassed both the Fendalton-Waimari-Harewood and Papanui-Innes areas, a three-hour graffiti patrol found 15 tags.

This was was almost average, he said,

“We’ve yet to actually nab someone [doing graffiti]. It doesn’t take long, they can have one done in 30 seconds.”