'What the hell am I doing here?': Christchurch 91yo sets record with bungy jump 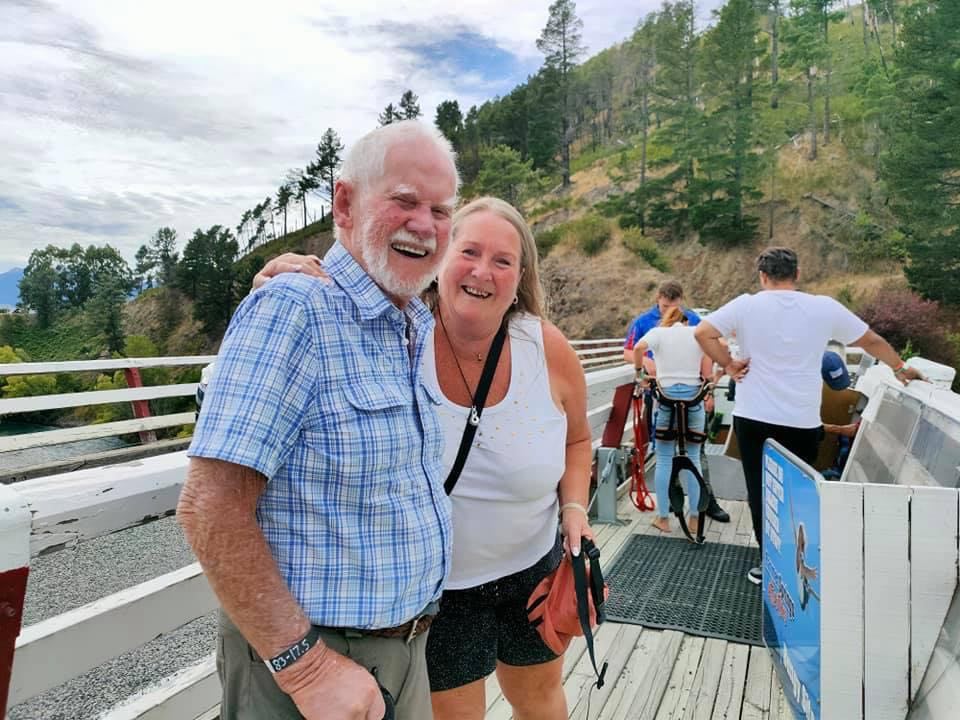 Bruce at the top of the bridge with his daughter Annie Horgan. Photo: Annie Horgan
Sumner resident Bruce Bunny is a veteran of 16 Coast to Coasts, including the brutal Longest Day.

He first started competing three days before his retirement at 57.

Bruce became the oldest person to complete the 35m bungy jump off the Waiau Ferry Bridge near Hanmer on February 14.

In spite of being legally blind and having hearing aids, he decided to take up the challenge as it seemed like an exciting thing to do. 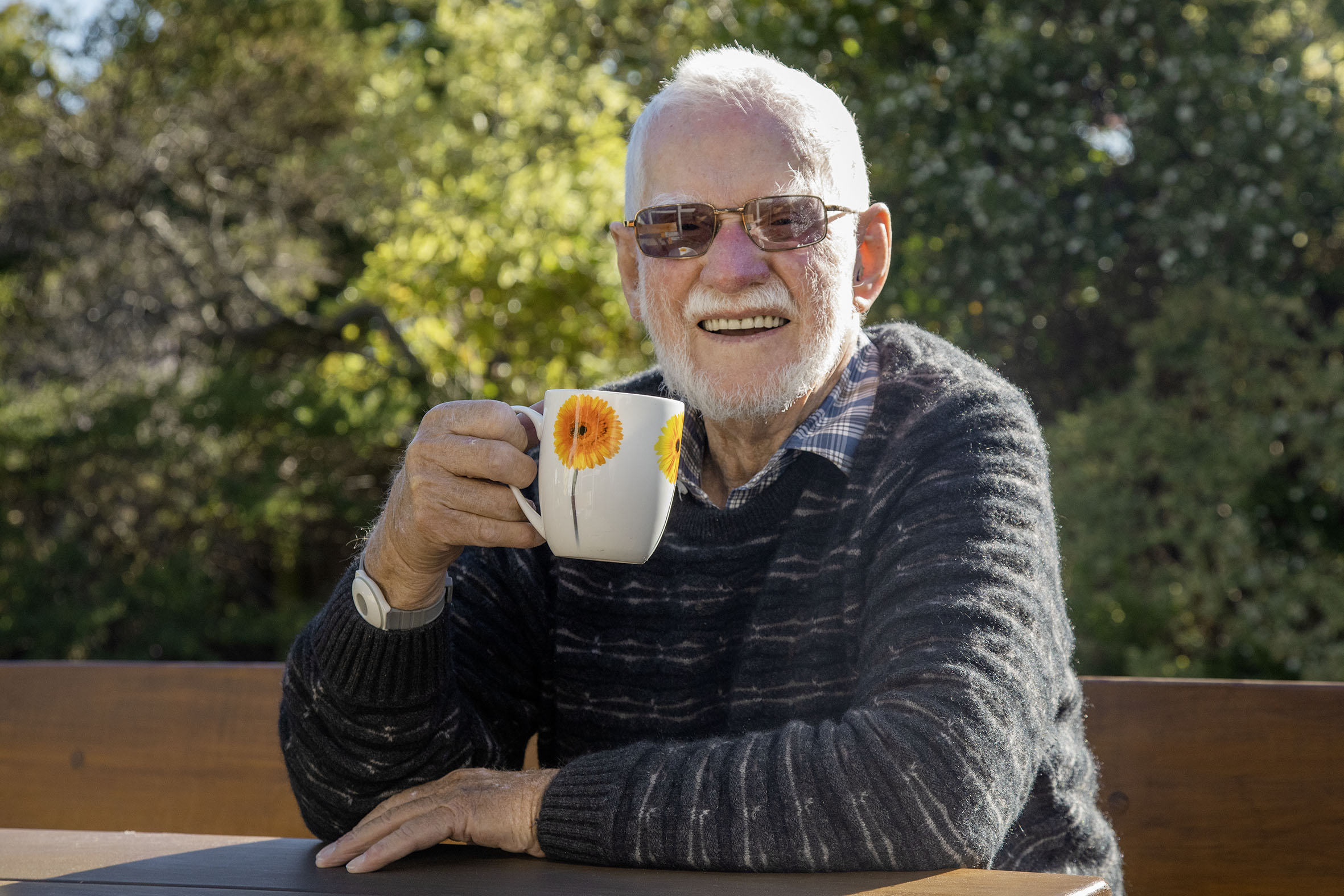 Bruce recounts his hair-raising bungy jump. Photo: Geoff Sloan
Bruce said as he stood on the bridge’s edge about to jump he thought: “What the hell am I doing here?”

He tried not to think any further, then committed to it and jumped.

Bruce was always an avid tramper and deer stalker growing up, but decided to give more thrilling, hair-raising activities a try later in life.

It was seeing his friend and neighbour Mike White competing in the Coast to Coast in 1985 that inspired Bruce to sign up the following year.

“It’s better than gardening,” he chuckled. 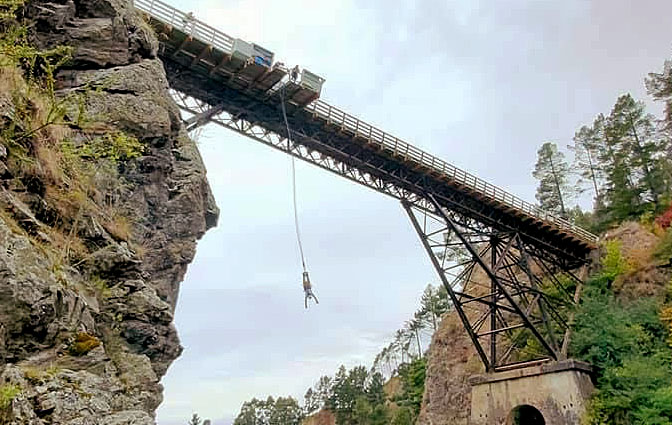 Bruce takes to the air. Photo: Annie Horgan
He has since competed in 17 Coast to Coast events, including one in the Scottish Highlands.

At 66, Bruce was convinced by another of his daughters – adventure fiend Debbie – to join her in the Scottish race. They arrived in London and then biked to Glasgow for the start of the race. Debbie called this “training.” He said the Scotland event was “a piece of cake.”

It was three days compared to the two-day Kiwi event.

Bruce has been an inspiration to his family.

His son Allan has competed in the Coast to Coast several times.

When Bruce was 64, he joined his 16-year-old grandson Jesse in a team and they completed the event together.

Although Bruce said he was always frightened of water, kayaking was his favourite part of the race.

“I’m not a particularly good swimmer but I was pretty sure if I came out, I’d be able to make it to the side,” he said.

“In a kayak, you’re just sitting there really and are going with the water. It’s easier.”

Bruce said the best part of the race was all about the people.

For Bruce and many other competitors, the race was all about giving it a go and finishing.

“The top 10 per cent are going to give their all and try to win, but the other 90 per cent are in the race for the social side where the aim is to finish,” he said.

There was great camaraderie during the race and Bruce made many friends. 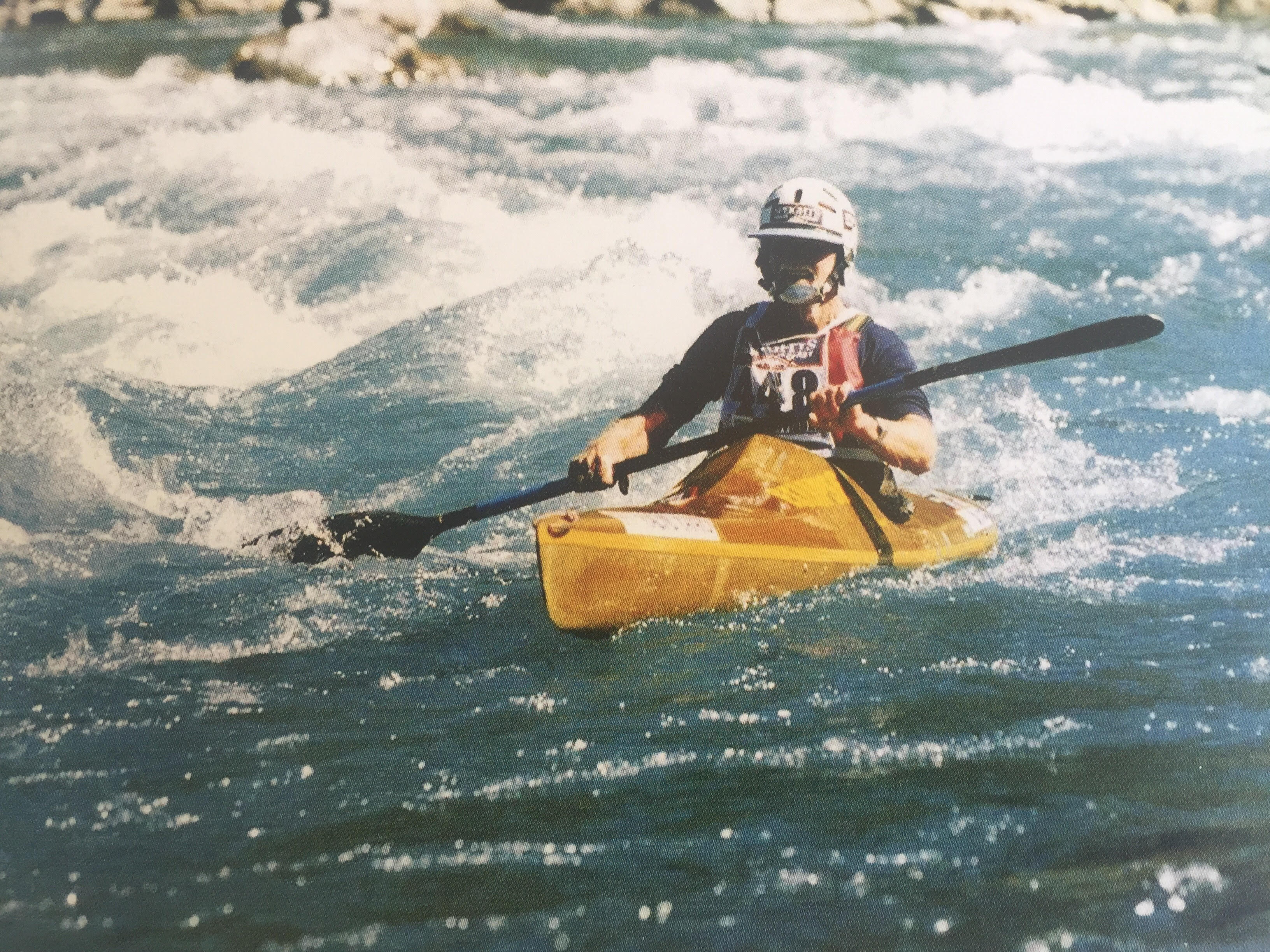 Bruce completes the kayak leg of the Coast to Coast in 2001. Photo: Supplied / Annie Horgan
He finally put down the paddle, and untied his laces, finishing his last race at 73-years-old.

He has since survived bowel cancer, but he is not retiring from life yet.

His daughter, Annie Horgan, was there to witness his cavort into the air.

“He comes up with the ideas and I organise it,” she said.

“He’s amazing, such an inspiration. I say, “I’m too old, I can’t do that,” and then Dad goes and proves me wrong.”

Earlier in the year, Bruce went down the zipline at the adventure park. He is tentatively talking about skydiving now.

Bruce said: “Just do what you can while you can.”

“It is such a cool statement to make at 91. He proved that you are never too old to do something,” she said.

“He has gone and proven everyone wrong who uses age as an excuse.”