Nick Ackroyd has been looking after keas and other native species at Willowbank for the past 12 years. He talks to reporter Fiona Ellis.

Loki, Blofeld, Moriarty – these are just some of the names of Willowbank Wildlife Reserve’s 15 keas.

While the birds may not have the villainous personalities of their namesakes, their mischievousness makes them popular animals with native species keeper Nick Ackroyd.

“Probably my favourite, that I look after every day, is the group of kea that we have here at Willowbank,” the St Albans resident said. 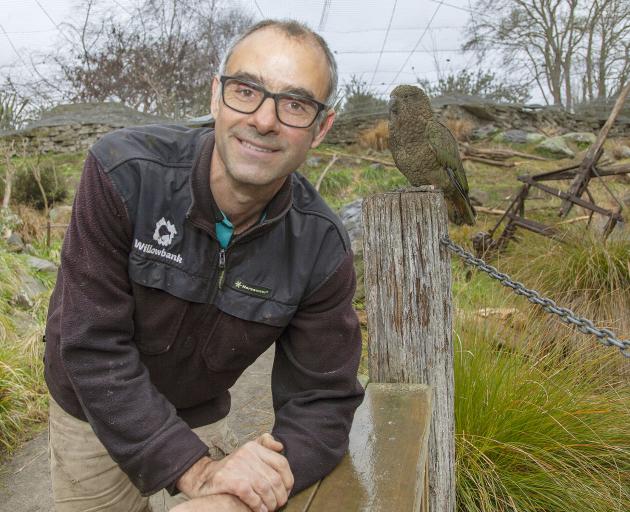 Nick Ackroyd is careful not to have any potentially pinchable items on him when he drops in to check on the keas. Photos: Geoff Sloan
In spite of working in the role for 12 years, the birds had never managed to snatch any items from him, but had been known to pilfer pompoms, cash and even credit cards from unwary visitors.

Kea are as intelligent as great apes and could solve puzzles that stumped chimpanzees, he said.

His aim was not to domesticate animals, but rather to keep them as wild as possible.

“I think people assume there’s a lot of cuddling of animals and patting of things and playing with stuff. When you’re a zookeeper, you’re kind of doing the opposite thing.

Not interacting with other animals could also make them direct their aggression towards humans, he said.

This was the case with a paradise shelduck who had been hand raised.

“He doesn’t like us and tries to chase us away whenever we go into his enclosure.”

Other animals were also in his charge, from birds such as takahe, kaka, and whio, to tuatara and more threatening species.

“We also have a ferret and a pig and a possum so that people can see those animals that are present in New Zealand as well, and they’re the ones that are causing issues for our native animals.”

Conservation efforts were an important part of Willowbank’s role, and it was rewarding for him to play his part in working towards the Department of Conservation’s Predator Free 2050 plan, he said.

Although he was concerned about the future of New Zealand’s wildlife, there were also bright points to focus on.

Takahe were doing well and their numbers increasing, he said.

Willowbank received two new takehe from Te Anau earlier this month as part of a recovery programme by DOC and Fulton Hogan.

“Those birds are really important, they’re genetically quite unique and we’re hoping to breed some young from them this year.” 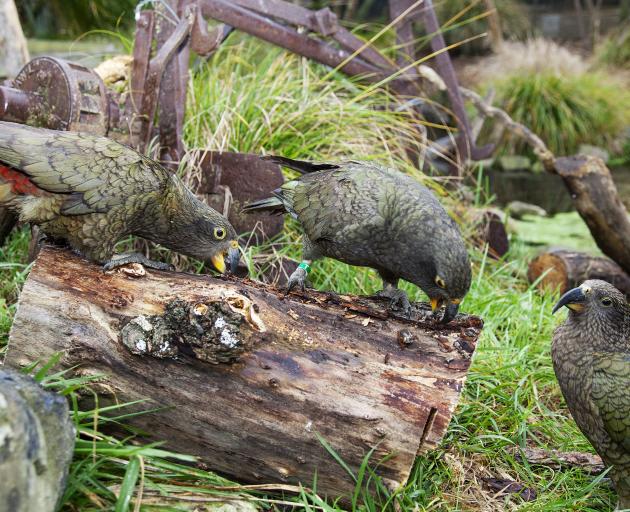 Photo: Geoff Sloan
Signs they would hit it off come breeding season were promising, as the pair were “hanging out” rather than fighting, he said.

The programme aimed to breed and release takahe, as Willowbank had done with other birds, such as the kaka in Abel Tasman National Park.

It was always exciting to work with DOC to do releases, Ackroyd said.

People’s interest in Willowbank and learning about native wildlife was also encouraging, from strangers to his own children.

“I’ve got two kids who have both come through here heaps of times and they love it too.”

However, his favourite aspect of the job was working with like-minded people.

“We all love working with animals and want to really make a difference in that conservation/native animal area.” 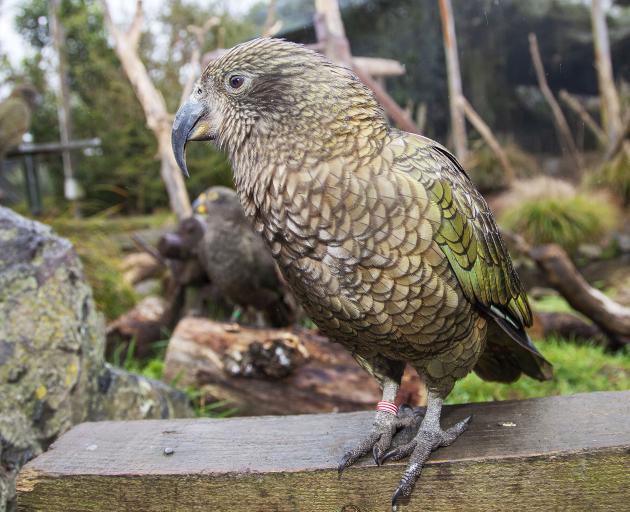 Moriarty looking for something to get his beak into. Photo: Geoff Sloan
This made up for the less appealing aspects of the job, such as working through wicked early morning frosts, chopping up chicken to feed the ferret.

People would be surprised at how much of his role involved preparing food for the animals and cleaning their dishes, he said.

“There are lots more cleaning and tidying jobs than you might expect.”

As a child, he would not have expected to find himself in this job, in spite of his interest in animals, he said.

“My zoo keeping career started a little bit sideways. I trained to be a teacher and I did a zoology degree, but I didn’t really want to work as a teacher.”

Instead, he took on a job tour guiding at Kelly Tarlton’s Sea Life Aquarium, which proved to be a foot in the door of an animal keeping career.

He was pleased to work mostly with birds now.

“Mammals are a bit smelly and difficult, whereas birds are lovely.