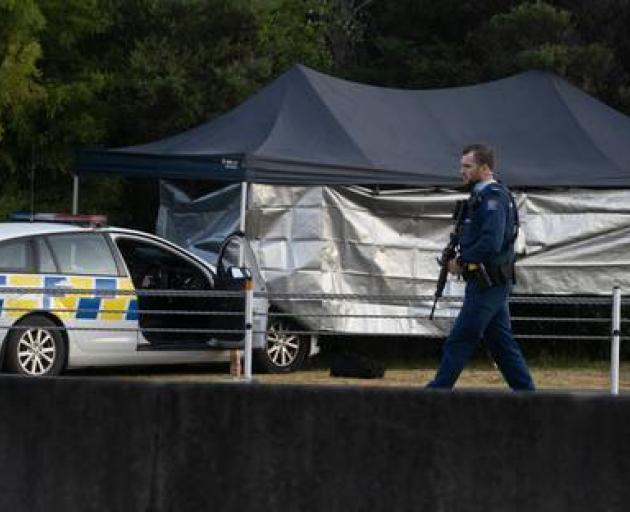 A man wanted in connection to the double homicide in McLaren Falls this week was shot dead after firing at least 15 times at police. Photo: Alan Gibson
The new mother found dead in a Tauranga home on Friday was the partner of the man killed by police who, along with a 25-year-old man arrested in Christchurch last week, was a suspect in the McLaren Falls double homicide.

The woman, who died in a "domestic incident", lay dead for several days in her Brookfield home.

She had given birth to a baby just two to three months ago, a neighbour said.

It is understood her partner was the man gunned down by police during a pursuit on Thursday night.

He was a suspect in the double murder of two men two days earlier at McLaren Falls.

Police wouldn't comment on whether the two were in a relationship but confirmed the woman did have a newborn baby.

They said the infant was not in the house after the murder and is now in the care of other family members.

Neighbours last saw the woman, who was described as being in her mid-30s, alive on Tuesday.

"I saw her driving the car, [it] might have been 5pm Tuesday afternoon, and she was on her own. She waved to me. I was walking up to the shop," a neighbour said.

"It didn't look like there was a kiddie in the car then. 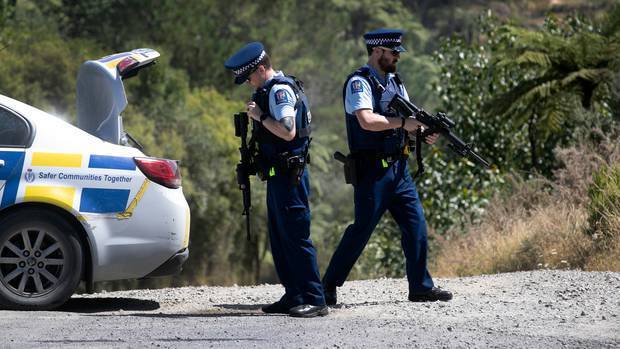 Police at the scene of the double homicide near Maclaren Falls earlier this week. Photo: Alan Gibson/NZ Herald
It is unclear when or how the woman died but the neighbour noticed a bad smell outside the house early on Friday.

"When I walked past I thought it was just rubbish," the person said.

"But [later] you could really smell it and by Friday night the police were there.

"When I went for a walk Saturday morning there were two cops patrolling.

"I said: 'Has someone died in there?' And he said: 'Oh, keep it down, we don't want people to know yet'," the neighbour said.

Another neighbour told the Herald there had been children at the Lynwood Pl house over Christmas, but everyone had cleared out a couple of weeks ago.

It is understood the woman's baby may have been taken to its grandparents in Auckland before the violent events of last week.

On Saturday, police district commander, Superintendent Andy McGregor, said the Brookfield woman's death was a "domestic incident" that was "linked" to the McLaren Falls double homicide.

The woman's alleged partner was driving a Ford Falcon when he opened fire on police trying to stop him in Bethlehem on Thursday night.

The man, who several sources have said had Black Power gang links, sprayed several bursts of gunfire out the driver's window before police returned fire and killed him on Carmichael Rd. 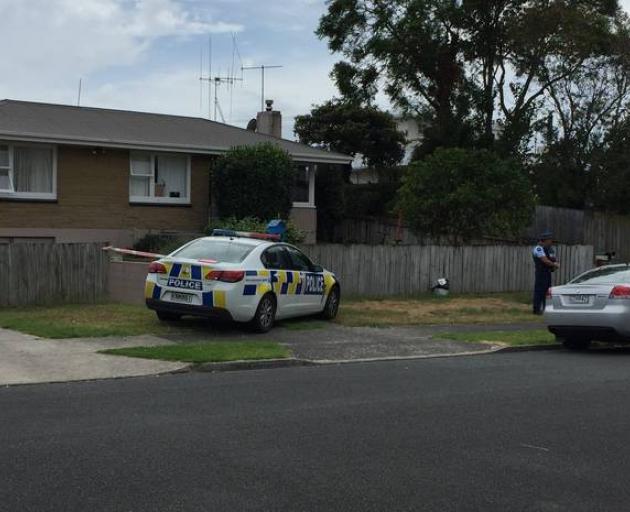 Police at the Lynwood Pl property in the Tauranga suburb of Brookfield on February 16, the day after a woman was discovered dead there. Photo/NZ Herald
Photos of the bullet-strewn Falcon on Carmichael Rd were confirmed by a person on the street as looking like the same car driven by the now-dead woman.

One neighbour said there had regularly been patched Black Power gang members moving in and out of the house.

The neighbour also claimed to have seen bags full of rifles being carried out of the property.

Some residents on the street also reported feeling a sense of intimidation because of the gang members' presence.

A fox terrier-sized black dog was regularly seen yapping at the window.

The residents of the house on Lynwood Pl, which remained a crime scene yesterday, are believed to have moved there early last year.

A campervan which was always parked on the grass out front has gone. 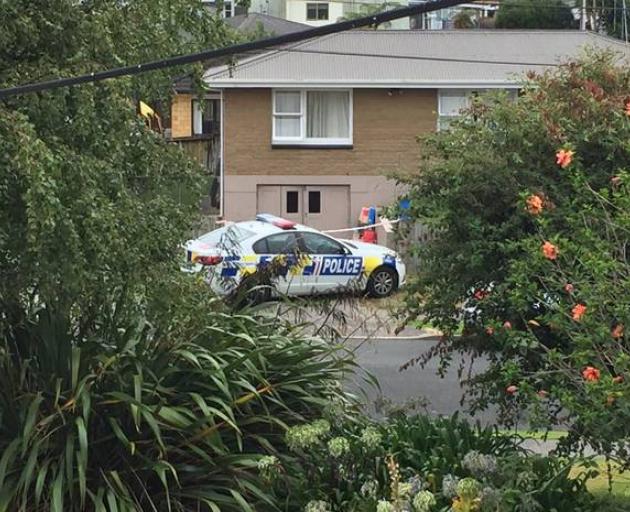 It is understood the body of a woman who died in a Lynwood Pl property in the Tauranga suburb of Brookfield, had been lying there for days before being discovered on February 15. Photo: NZ Herald

Meanwhile a 25-year-old Bay of Plenty man appeared on Saturday before a court in Christchurch charged with double murder over the McLaren Falls deaths on February 11.

Name suppression was given to the 25-year-old man.

It is understood he and the man killed by police in Bethlehem on Thursday were related.

Police yesterday located a blue Ford Territory Ghia AWD, registration plate CDE931, which they say may be linked to the deaths at McLaren Falls. 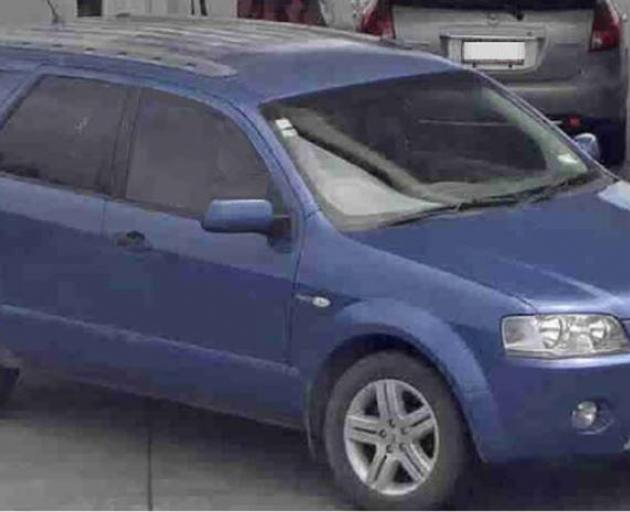 Police investigating the double shooting at McLaren Falls have now located the blue Ford Territory Ghia AWD with the licence plate CDE931 which they previously said might be linked to the deaths. Photo: Supplied
NZ Herald