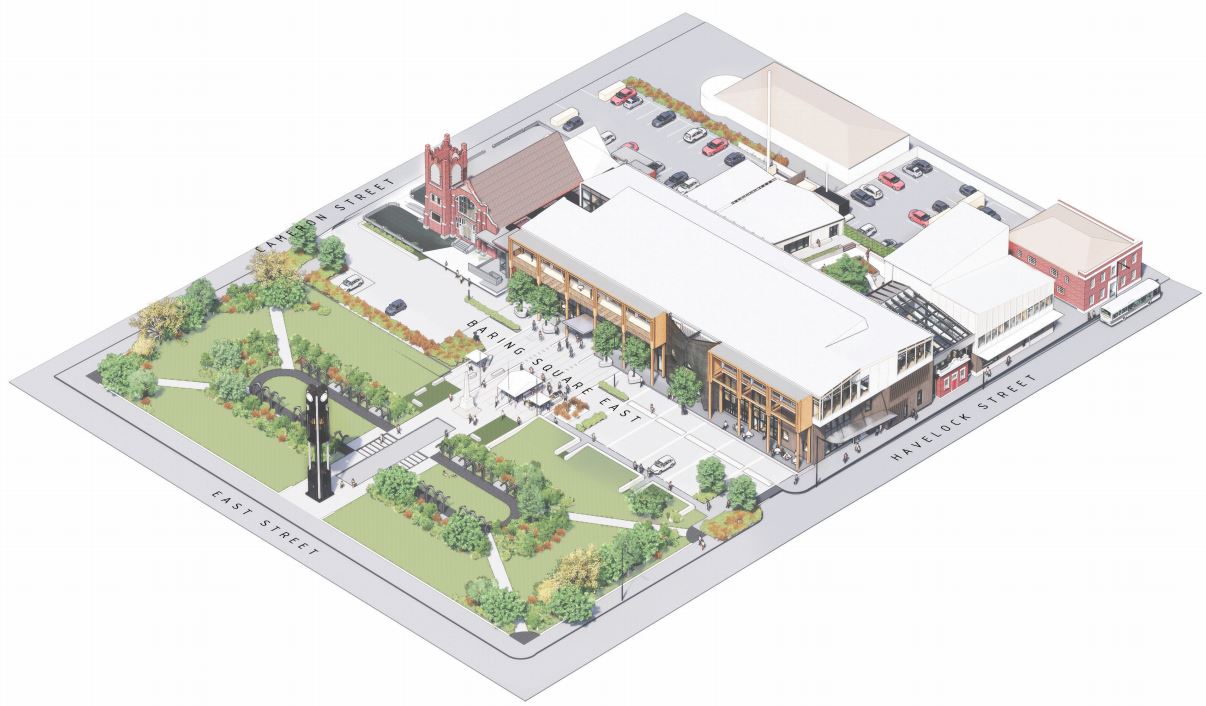 The council is looking for feedback on its plans for the square, which it hopes will be used more. The plans include a civic plaza that will lead to the new building.

It is proposed that the road out front will become 30km/h and be one-way, while the square will feature new paving and planting, while keeping the water feature, the whale bones, the memorial statues and, of course, the town clock.

The clock was originally housed in the tower of the old Post Office, erected in 1901, and restored in the 1970s by the Ashburton Lions Club as part of the clock tower built to mark the county centennial in 1976.

The square itself is named after William Baring, a member of the first New Zealand Land Association. One of the memorial statues celebrates farming pioneer John Grigg, of Longbeach.

The plan out now for feedback is about keeping some of the old while looking to the future. It has been developed by Athfield Architecture.

Community feedback will inform the final design but council is calling for written submissions only, and there will be no public hearings.

Ashburton District Mayor Neil Brown says various features in the square paid homage to the district’s past and council was proposing to build on this legacy with an eye for the future.

"Baring Square East is a real focal point for Ashburton. The clock tower, John Grigg statue, Boer War memorial and concrete arbors, what we informally call the whale bones, all celebrate parts of our heritage. In recent times, it’s also been used for events.

"With an important community facility going up next door, we want to make sure that the square is appropriately integrated into the development in a way that celebrates our past with some contemporary elements."

People can look at the plans online at council’s website or front counter and make a submission by September 16.

Preliminary work on the civic centre and library site has begun. Tenders for the job are expected to be released next month.

Council advised that Baring Square East Rd, between Havelock and Cameron St, will be closed from Monday for about two years, while the project is under way.