'He is distraught, I am distraught': Frustration over tyre fire 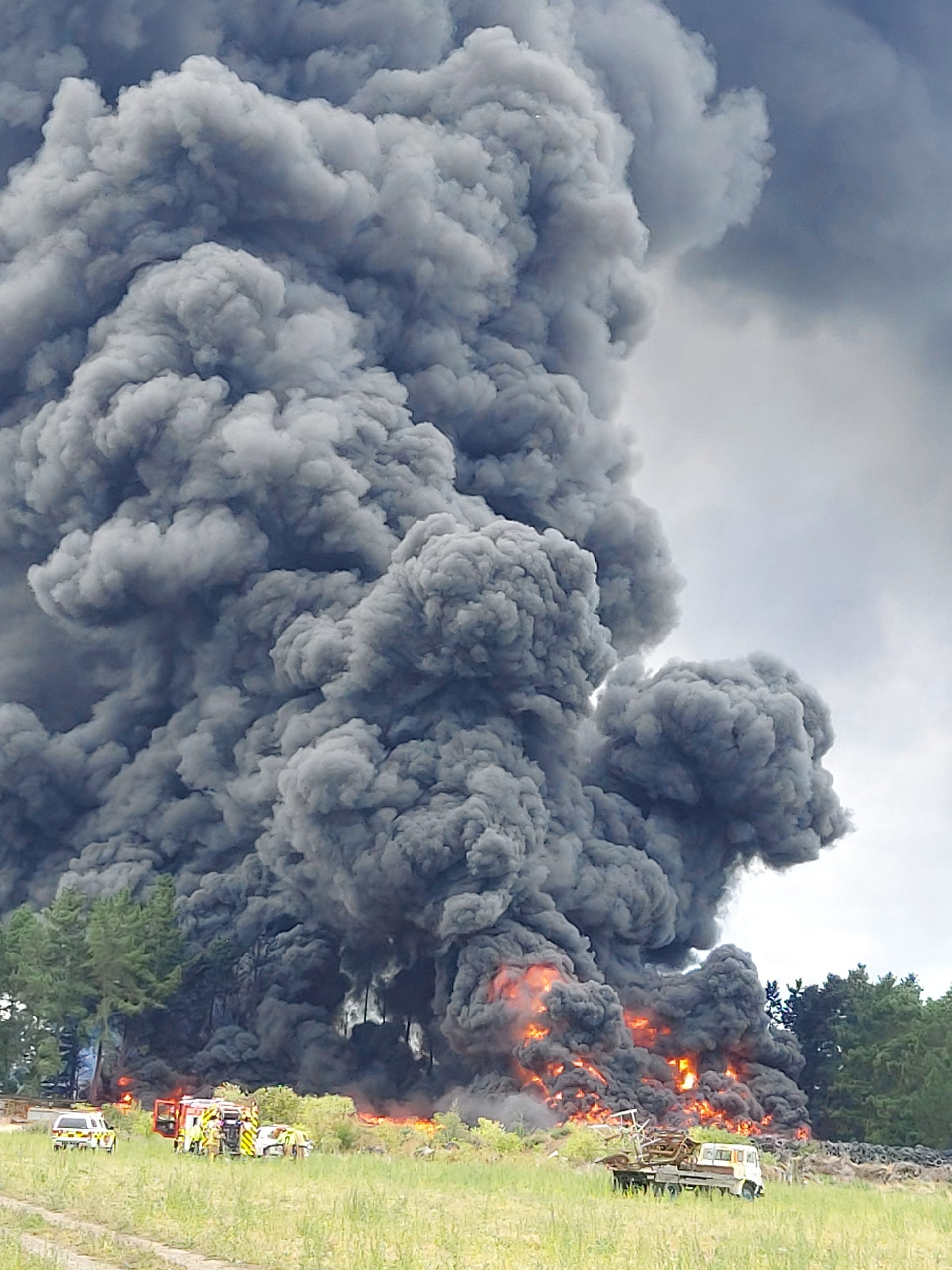 Smoke from the fire could be seen as far away as Christchurch. Tests are being done to determine the effects of the fire on properties, crops, gardens and drinking water for people and stock. Photo: Hurunui District Council
The latest tyre fire near Amberley has left landowner Warren Hislop and his long-time supporter Angelique Hyde distraught.

“It’s soul destroying,” Angelique says. “He is distraught, I am distraught. This will destroy us and it is not of our doing.”

She was at work with a digger at the Racecourse Rd site on Tuesday, with the authority of Environment Canterbury, preparing the site before dirt, then clay is piled on the tyre remains to smother the fire.

“This is going to cost a million dollars, plus. How is one person supposed to come up with that sort of money without going bankrupt?

Despite the cost she is committed to cleaning up the mess left behind by the fire in the pile of about 160,000 tyres. “I said we would do it, and we will.”

She is angry the fire occurred just weeks before getting rid of the tyres.

ECan northern zone manager Andrew Arps says the tyres are now a pile of ash and wire, and the smoke mostly grey. Two or three pockets were still burning. No water or foam was used to protect the water table. Fire breaks were cut around the fire.

He is also gutted after spending hours helping find a solution, which involved sending the tyres to Golden Bay Cement Works at Whangarei, for use in its furnaces. The final step, funding, was just weeks away. While this work was now futile for these tyres, he is optimistic it will benefit others in the South Island.

There is a machine in Christchurch that can chip the tyres, for transport north to the cement works. The chips hold a consistently high temperature in the furnaces, which also burns the toxins.

“They can burn up to 7500 tyres a day, and could build up to 15,000 depending on how much volume they needed to produce at the works.”

Meanwhile, ECan is addressing community concerns raised at a meeting last Saturday night, where winemakers, lifestyle block owners, and residents aired their frustration. The tyres should have been removed years ago, they said. Testing will determine the effects.

A 63-year-old man has been charged with arson in relation to the fire.