Grim news continues for North Canterbury as the effects of the Covid-19 lockdown bite.

He says their future hangs on the Government offering further help to boost business viability once the wage subsidy ends.

"Otherwise, we will be starting to look at a cold winter in more ways than one," he says.

Hanmer Springs did not have an agricultural sector to help it through the lean times, like other North Canterbury towns. It relied on the visitor industry, had a small local population, and had a big problem around how to get open and do business again.

But Mr Malthus warns that even if the whole village is open, visitors from Christchurch will not come without the Hanmer Springs Thermal Pools and Spa.

The hotel closure alone has hit 59 staff, filling 40 fulltime-equivalent roles. Rumours had been swirling around the village for many weeks about its future.

Mr Malthus says all staff were being paid the wage subsidy until the end of June, but had nowhere to go after that.

There were also some people on visas who did not qualify for the subsidy, who needed to be looked after.

‘‘Their visas probably won’t be renewed, so what happens to them?’’

The business association was running a food bank and doing what it could to help those who were finding the going ‘‘pretty difficult’’.

The mothballing of the hotel was a huge loss for the community. It was not only used for conferences and business meetings, but was a popular wedding venue.

The 66 privately owned units, some in the hotel and some on the grounds, were run as a body corporate and leased back to the hotel.

‘‘The owners may get together and do something, but in the meantime the operator has said it’s not profitable, would not be reopening, and would need someone else to come along and pick it up.’’

‘‘It is a big shock because of the personal impact its closure will have on many families in the Hanmer basin and further afield.

‘‘It will be hard for them to find other employment in this environment in the district.

Some may have to make the choice to move, which in turn has knock-on effects for other parts of the district.’’

It was sad that such a major building, a part of the village’s history, was now empty.

Senior staff are trying to unravel the protocols of level 2, at which point it hopes to open.

General manager Graeme Abbot says travel restrictions have put the brakes on plans, even though level 2 allows gatherings of up to 100 people.

Travel restrictions would mean people from Christchurch couldn’t visit Hanmer Springs or the pools, he says.

Tourism New Zealand was seeking clarification of the level-2 protocols, which would also affect Akaroa and Tekapo.

Work was also being done to clarify the numbers of people that can gather because it appeared there were some exceptions in the Prime Minister Jacinda Adern's announcement on what Alert Level 2 will look like.

Meanwhile, work was being done on how to contact-trace customers in the event the doors can open soon.

Further south, á la carte dining at the Pegasus Bay Winery at Waipara is off the menu, with the restaurant to open from spring as a private events venue only. The cellar door will reopen on weekends at level 2.

Marketing manager Edward Donaldson says opening for private events will allow the Donaldson family to use the space more effectively compared with operating a lunch-time restaurant, given likely border restrictions, as well as other Covid-19 factors that work against it.

‘‘We may well revisit the á la carte model again sometime in the future, but for now we feel it’s the best use of this beautiful setting.

‘‘Even though it has been many years since we’ve offered private functions, we still receive frequent enquiries, and as a family have decided now is the right time to explore this new direction.’’
Belinda Donaldson, who has managed the restaurant for 15 years, will be events manager. 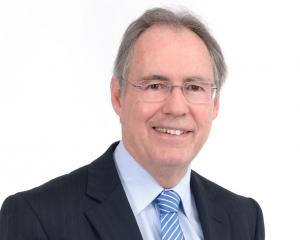 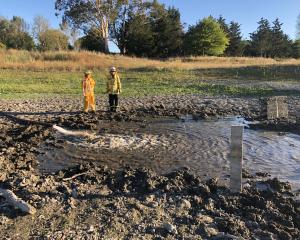