'Not happy about it': Business may be forced to move if flyover plan goes ahead

An artist's impression of the planned Rolleston overbridge. Image: Supplied
A business with purpose-built headquarters at Rolleston is faced with having to move if the flyover goes ahead as planned.

"We are not happy about it, we don’t want to move, we haven’t even been here 12 months," Beirne said.

A Waka Kotahi spokesperson said it was in discussion with Christchurch RV Centre for alternative access options.

"One of the options being weighed up at the moment is relocating their business to another site," the spokesperson confirmed.

The roading authority was actively engaging with directly affected parties to mitigate their concerns around access to their sites.

Drummond and Etheridge Rolleston, which is based next to the Christchurch RV Centre, is also among the businesses with concerns about the plan. 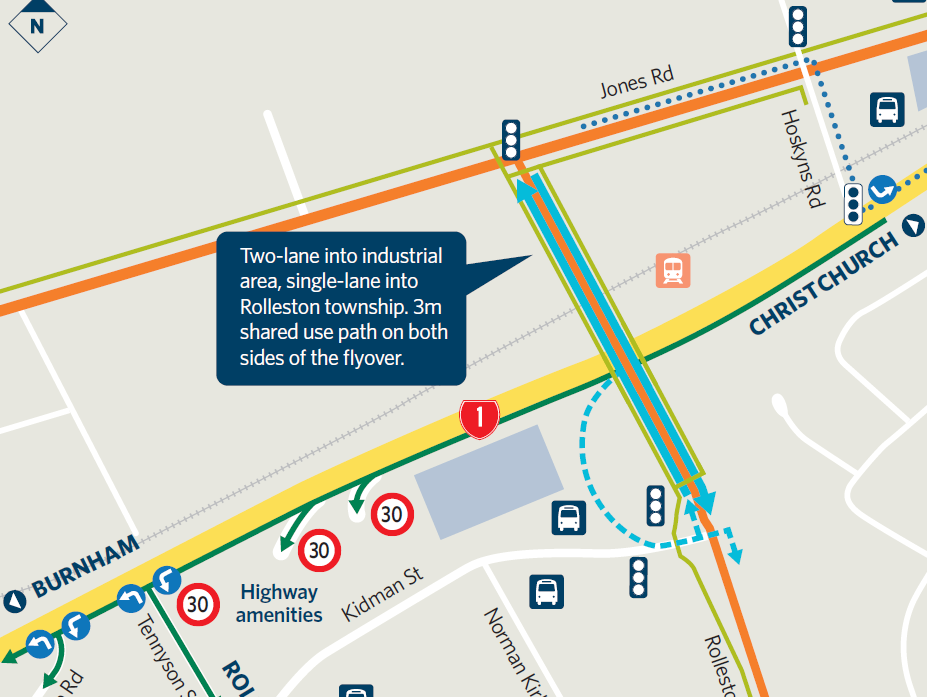 MTF Finance franchise owner Dan Groundwater said it will allow traffic to continue onto Jones Rd, while the original flyover plan released last year had proposed to take traffic away from it.

U-Tow New Zealand spokesperson Tony Walker said the new flyover would potentially give more exposure to his business as it exited nearby.

The $125 million project aims to improve connections across the highway between Rolleston’s residential side and industrial and business hubs and railway inland port zone.

"Since public consultation last year, the team has taken another look at ways the residential and industrial sides of Rolleston can be better connected," Caygill said.

He said as well as safer ways to cross and connect Rolleston, the plan offered people more travel choice.

Community consultation drop-in events on the flyover plan will be held on:

Feedback on the plan can be provided here. 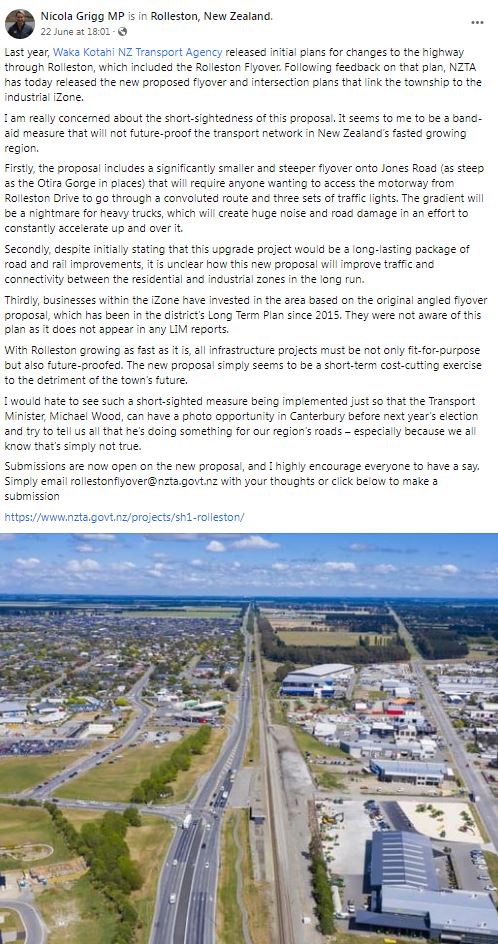