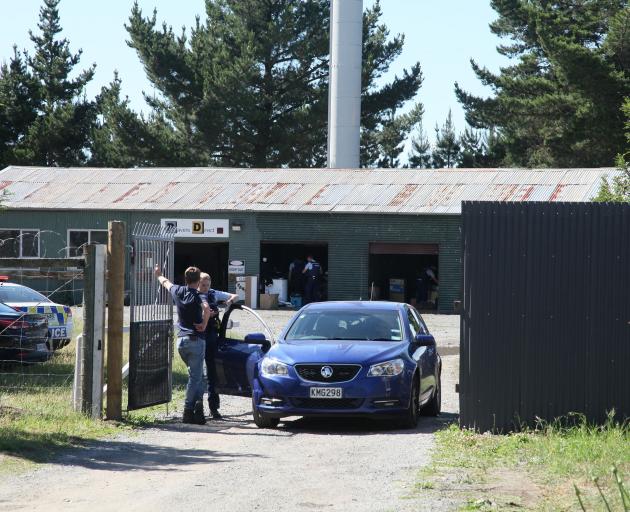 Police converge on the Mongols gang complex in Burnham in December. Photo: File
Soaring domestic violence reports, mental health call outs and gangs are among the issues police say they are facing in the Selwyn district.

Selwyn was the most crime-free place in New Zealand, crime was also down nine per cent compared to the same time last year. Nevertheless, 51 per cent of police resource time in the district was spent on family harm, and 21 per cent on mental health with increased numbers of people in major crisis.

“That’s 72 per cent of our resources in fields around the home and how people are feeling in our communities,” Cooper said.

Parents were relying on police more, calling them to help with young problem teenagers, not just in Selwyn but around New Zealand.

Police were also dealing with families under pressure post-lockdowns, with a lot of stress such as in those who had had small businesses or become indebted.

“It (reports of family harm) is soaring. That’s a good thing, if we are creating an environment that people feel safe to report something that is going on in their house, that is something to celebrate.”

There were significant numbers of gang members living in Selwyn, with a fortified pad on Main South Rd (Burnham headquarters of the Mongols), as well as associates and highly-placed members living in the area. Those represented included the Head Hunters, Tribesmen, Bandidos, Mongrel Mob and Black Power.

“They are here, and they are making money and living their lives based around crime,” Cooper said.

He had recently stopped a motor-cyclist in the area, finding the rider was unemployed but his bike was worth $40,000.

“I can only make a guess where he makes his money.”

However, Selwyn did not have youth gangs, and the engagement of youth in the district was good. The challenge would be for that to continue as the population increased.

Police would continue enforcement of gangs in areas such as illegal firearms and violence, but under Operation Tauwhiro there would be focus on how resilience could be built in communities against gang membership, and how young people, especially young Maori males, could be stopped from joining gangs. Police would be working with the community in this area.

Police were seeing more evidence of drugs, mainly methamphetamine and MDMA, and Canterbury led the country in the use of the latter. 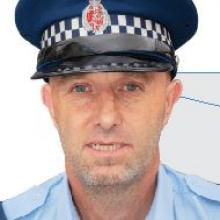 "Over the last month we have noticed an increase in both adults and children not wearing cycle helmets.

"This includes cyclists riding along with the helmet on the handlebars.

"Anyone over 14-years-old can be issued an infringement notice (fine) for $55.

"Riders can be offered compliance which means they have to buy a new helmet and supply a receipt within 14 days, this stops people from just bringing in a borrowed helmet.

"It is also an offence to ride a bicycle at night without lights.

"The district council has been completing a lot of work around cycle safety and wearing a cycle helmet is part of this prevention message.

"In relation to crime we are still getting property being stolen from insecure vehicles across the district.

"If you have a GPS mounted on your window screen it pays to put the holder away as well as if someone sees the holder, they know that the GPS will be just hidden in the glovebox or under the seats.

"Tradesmen also keep their tools and valuable equipment out of sight if its left in their vehicles overnight.

"We are still apprehending drink drivers across the district some of whom have very alarming alcohol readings.

"The message he is if you are drinking alcohol don’t drive.